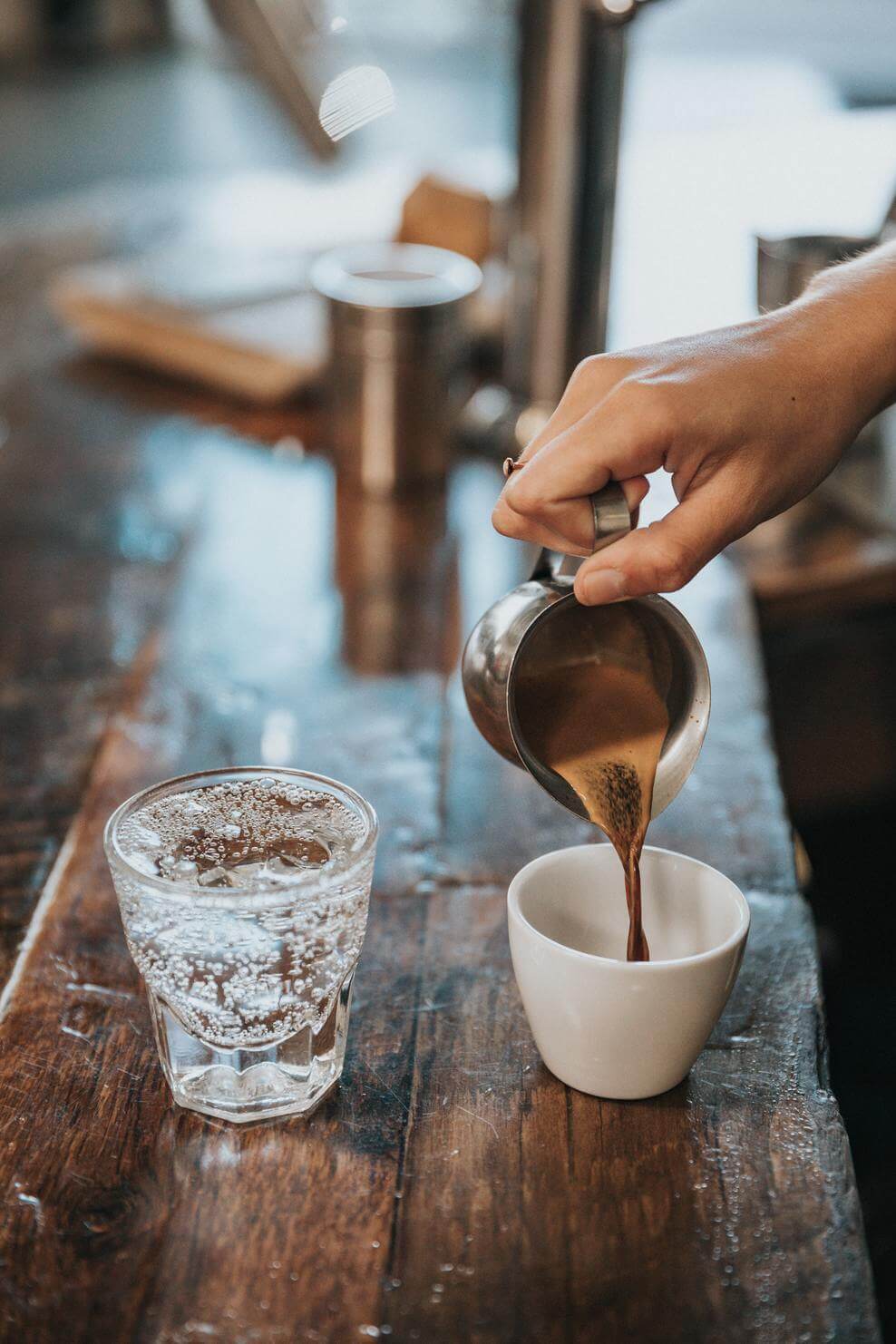 Short answer: Coffee consumption tends to be good for lowering uric acid. It brings down uric acid levels by increasing the rate at which your body excretes it.

Coffee also appears to clash with the enzyme that breaks down purines in the body and this may help in lowering the rate at which uric acid is produced.

Uric acid is a waste product that is created when your body breaks down compounds called purines.

The right and normal process is supposed to be this way: uric acid dissolves in the blood then passes by the kidneys and exits the body through urine.

However, it creates a problem when instead of moving out of the body, it stays in the blood.

There are certain conditions that cause your body to produce more uric acid such as blood and metabolism disorders or kidney and thyroid problems which can impair your body’s ability to eliminate uric acid.

Excessive alcohol intake and consuming food that is high in purines can also lead to high uric acid blood levels.

A recent study concludes that caffeine intake is helpful in lowering uric acid levels in the body whereas another research suggests that the inverse relation of uric acid with coffee is due to the components of coffee other than caffeine.

Whatever might be the case, it’s good to know that drinking coffee is good for lowering uric acid levels.

Keep reading to know about how uric acid can affect your body and ways to reduce it naturally.

Does coffee reduces the risk for gout?

Coffee is thought to reduce gout risk as it can be helpful in lowering uric acid levels through several mechanisms.

Coffee contains a wide variety of useful and wholesome compounds including minerals, polyphenols, and caffeine which play a role in lowering uric acid and ultimately, gout risk.

Gout is a kind of inflammatory arthritis that is caused by a condition called hyperuricemia. It occurs when too much uric acid is produced in the body, affecting the joints especially the feet and toes.

It’s mentioned in one Japanese study that coffee consumption had an inverse relationship with uric acid levels.

People who consumed the most coffee had the lowest uric acid levels among all the study participants.

Though both tea and coffee were tested, the results seemed to apply only to coffee.

This evidence also shows that apart from caffeine, other compounds in coffee may be effective in lowering uric acid levels.

One more study seems to support this opinion in which the researchers mention two studies from the Third National Health and Nutrition Examination Survey, observing the effect of coffee and tea on gout.

If you really want a comprehensive read on coffee and gout, you can check out my post here.

In order to understand why coffee may be beneficial against the buildup of uric acid, we first need to know how certain medications work for gout.

Coffee is said to be beneficial as the caffeine content in it is considered to be methylxanthine. Therefore, it potentially has the ability to block the action of xanthine oxidase.

The other medication, Uricosurics, works by assisting the kidneys in the excretion of uric acid from the body.

Though caffeine can’t be called a uricosuric, it may work in a similar manner.

Another research found that chlorogenic acid found in coffee may improve insulin sensitivity which is beneficial for people with hyperinsulinemia. Excretion of both sodium and uric acid through the kidneys was observed.

When there is a decrease in insulin levels, sodium and urate elimination improve as well.

The main risk factors for gout include:

Watch the video to know more about how coffee consumption can affect gout.

Can I drink coffee if I have gout?

Research has established that coffee has the ability to potentially lower your risk of gout.

If you are already suffering from gout, coffee consumption may help in reducing your chances of aggravating this disease.

This is due to the fact that coffee does not only limit the amount of uric acid your body creates but also tends to improve its ability to excrete uric acid out of it.

It was also found by several studies that tea and decaffeinated coffee don’t have the same ability to lower uric acid levels the way regular coffee does.

This can be best attained with daily and regular coffee intake – really good news to coffeeholics who also suffer from gout.

Adding a few tablespoons of low-fat milk to your coffee can have an additional benefit. But honestly, you should avoid putting sugar in it as a high intake of sugar can also be a risk factor in the development of gout.

Apart from coffee, you should also opt for a balanced diet and include food that can help you deal with gout. Refer to the following table to know which food you should add to your diet and which ones to avoid.

How do you lower uric acid levels quickly?

Ways to naturally reduce uric acid in the body

Coffee consumption tends to lower uric acid levels by increasing the rate at which your body excretes uric acid.

Coffee also appears to clash with the enzyme that breaks down purines in the body and thus lowers the rate at which uric acid is produced.

A high uric acid level is a precursor to gout – a type of arthritis bringing sudden pain, inflammation, and swelling of the joints.

This happens because of the excessive amount of uric acid in the blood which is deposited in the joints as crystals.

Current research has established that coffee has the ability to potentially lower your risk of gout. If you are already suffering from gout, coffee consumption may help reduce gout flare-ups.

Food can either lower or raise the level of uric acid in your body depending on the content of purine in them.

If you’re troubled or don’t want to be troubled with gout, you should avoid food such as fish and seafood, organ meats, sugary beverages, added sugars and yeast, and refined carbs.

A few other lifestyle changes that can be helpful in preventing gout include exercising, maintaining a healthy weight, staying hydrated, consuming less alcohol, and adding vitamin C supplements to your diet.