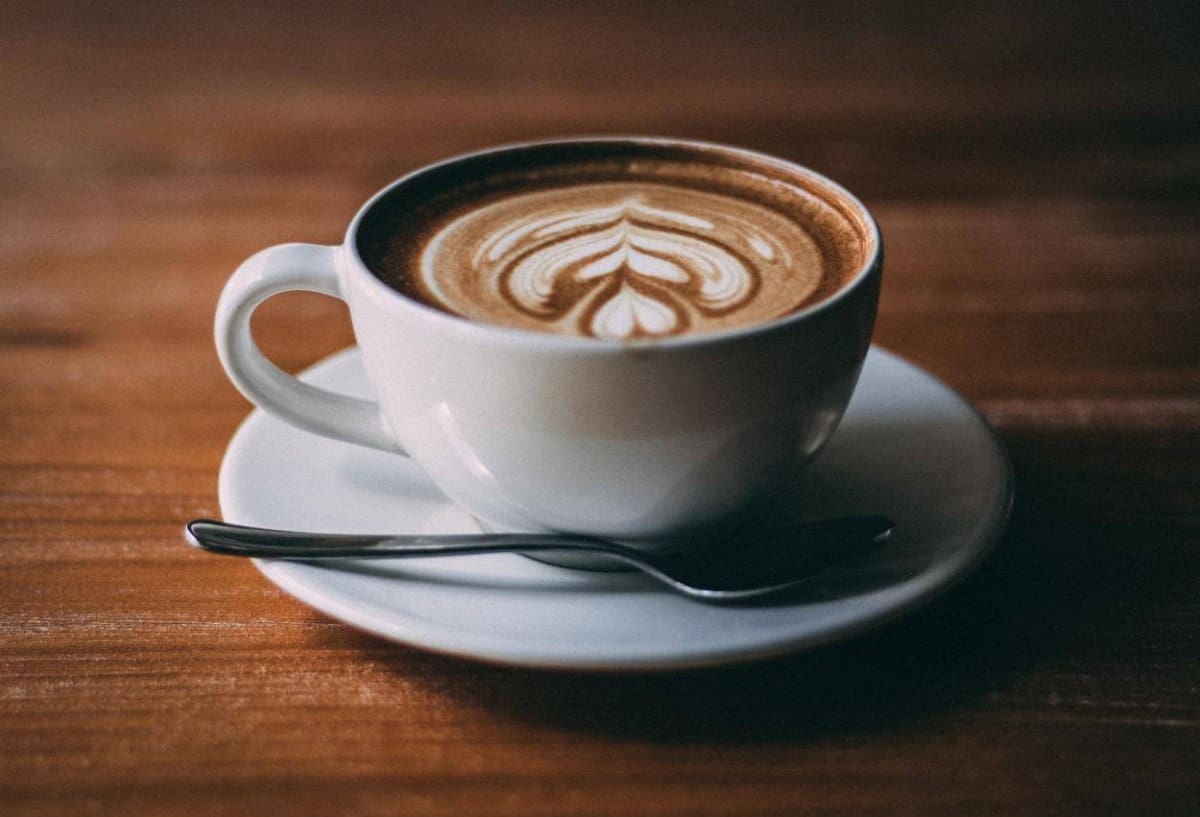 Coffee serves as a quick magic fix to the energy need of the body. Nowadays it has attached a social aspect to itself and people are considering the beverage as a means of productivity.

Well, coffee is packed with amazing health benefits so it’s an easy choice to choose the drink for instant alertness and endurance either for staying up for the night or while piling through workloads.

However, when you’re taking a high dose of the stimulant, it can trigger unwanted health concerns and flush out necessary nutrients from the body.

Sodium is an important mineral that is present in the body in small quantities. Caffeine may help in flushing out the excess amount of sodium but is that beneficial for you?

Short answer: The caffeine content in coffee can flush the excess sodium content from the body due to its diuretic effect as it can inhibit the reabsorption of the mineral in the blood. If you don’t want to affect the remaining sodium and calcium level in the blood, avoid going overboard with the consumption.

So, let’s find out what really happens with the sodium content when you drink coffee!

What is the Importance of Sodium in your Body?

Sodium is an essential mineral and electrolyte that helps in maintaining fluid balance in the body.

Sodium is required in small proportion in daily diet. Consuming too much sodium may increase your blood pressure.

Does Coffee have Sodium?

Coffee does contain sodium, however, the level of sodium in coffee is very low.

The following table shows the micronutrient nutritional profile of 100ml of black coffee:

There might be slight variations in the nutrient composition due to the origins of the beans, growing climate, and the blending process.

Coffee may not absorb sodium when you’re ingesting a lot of the drink in your body. So if you’re putting in high doses of caffeine, it increases the blood flow to the kidney causing to inhibit the absorption of sodium.

If you’re taking multiple cups of coffee, the caffeine tends to increase the urinary excretion of sodium and chloride from the body.

When you’re on high doses of caffeine, your body undergoes side effects such as dizziness, headache, anxiety, nervousness, fatigue, etc. All these side effects also indicate that the body isn’t getting enough sodium right now.

Though only a small quantity of sodium is required from the dietary routine, the amount is essential.

According to this review, daily consumption of six to seven cups of coffee may lead to excrete 1840 milligrams of sodium per day through urine.

Don’t forget that caffeine is a natural diuretic and some people tend to sweat more than usual. All these factors act as a triggering cause to inhibit more of the sodium content absorption in the body.

Does Coffee Cause Salt Sensitive Hypertension?

Coffee doesn’t cause salt-sensitive hypertension. In fact, it antagonizes the effect of hypersensitivity by maintaining the plasma sodium concentration.

Salt sensitivity is the change in blood pressure due to the parallel change in salt intake. One of the main reasons behind this is the disruption in the renal capacity of sodium excretion.

Remember that a cup of coffee won’t necessarily deplete all the essential nutrients in your body. If you want to maintain an electrolyte balance, consume only when you need an instant boost.

If you ingest multiple cups in your body, the caffeine will be too much for your system and thus the kidney will tend to flush more of the fluid along with necessary nutrients like sodium and calcium from your body.

How Does Caffeine Inhibit Sodium Reabsorption?

The matter of concern here is that a regular cup of black coffee contains about 95 milligrams of caffeine. Grande varieties of coffee contain high dose that ranges from 150-200 milligrams or even more. Such high ingestion of caffeine makes the diuretic effect more potent and makes you pee more.

Caffeine is a natural stimulant. It inhibits the release of anti-diuretic hormone (ADH). ADH is essential for the body as it stimulates the retention of water in the kidney and maintains the hydration status.

As caffeine inhibits the release of the essential ADH, less fluid is absorbed by the body and more urine is formed.

This is why the reabsorption of sodium slows down and more of the nutrient stays in the fluid as it turns into urine.

The caffeine present in the coffee has the ability to deplete the sodium in the body by overwhelming the kidney’s ability to excrete more.

A study on Caffeine ingestion and fluid balance: a review showed that caffeine-containing beverages lead to fluid loss when ingested in larger volumes. However, a moderate cup of coffee will rarely affect your health.

Caffeine also affects the signs of overactive bladder symptoms and pushes your body to produce more urine. This urgency to urinate more creates an electrolyte imbalance in your body.

This early urgency to urinate more frequently leads to the excretion of minerals through the body more quickly. The same result happens when you consume other caffeine-containing foods.

You already know that the caffeine in your coffee can promote early urgency and frequency of urination. This makes individuals with lower urinary tract symptoms cautious in consuming coffee or other caffeine-containing foodstuffs.

Thus, when you’re ingesting caffeine beyond your body’s tolerance level, your kidney flushes more fluid from your body. This makes the sodium content less in your blood. This isn’t bad in all cases, however.

Too much sodium leads to high blood pressure and stroke. In this situation, caffeine may help in flushing out the unwanted excess sodium from your blood. Once again moderation is the key. The best outcomes from the caffeine can be obtained when drank in optimum quantity.

Is Coffee Bad for Low Sodium?

Coffee is bad for low sodium as the natural diuretic and natriuretic effects of caffeine may affect the sodium level of your body when you’re drinking coffee in high doses.

Though there is no evidence of concrete results stating that caffeine causes a fluid-electrolyte imbalance in the body, doses of caffeine beyond the recommended safety intake may lead to hyponatremia.

Hyponatremia is a medical condition that occurs when the blood sodium level goes down below 135 mEq/L. Most of the signs of hyponatremia are similar to the side effects of caffeine overdose. The common signs include nausea, headache, restlessness, seizures, loss of energy, muscle cramps, fatigue, etc.

So when you’re having these symptoms after caffeine consumption, it might be difficult to distinct out the differences between the two conditions.

If you’re already having issues with hyponatremia, it’s better to curb down caffeine consumption. Restriction in the use of fluids may help in getting better quickly. However, if your sodium levels are dropping more often then it’s better to take help from an expert.

How can I flush sodium out of my system fast?

Sodium is can be flushed out of your system through urination, however, urination not only excretes sodium but also takes the essential calcium from the body.

Calcium is essential for your body as it assists in building strong bones and teeth, sends and receives nerve signals, helps is maintaining a normal heartbeat, and relaxes the muscles.

People who consume high sodium diet, naturally urinate more. This happens because the body tries to get rid of excess sodium through urine.

Moreover, the caffeine content can also deplete coffee when you’re low on a calcium diet. The overall diuretic effect of caffeine thus affects several nutrients of the body.

I’ll personally repeat that drink whatever you want but in moderation. Too much of any of the beverages won’t bring any magical benefits to your health.

In case you’re high on sodium, don’t consume too much caffeine to flush the excess sodium content. Go for the following steps for a better curative measure:

Does Tea Flush Out Sodium?

Tea can help you flush out excess sodium just like coffee.

Drinking tea not only provides a potent boost of antioxidants but also keeps you hydrated. You can drink 2-3 cups of tea. This will help you getting health benefits along with flushing out excess sodium.

Since tea is mostly made of water, it makes you urinate more to get rid of salt quickly. But in the case of people with high caffeine tolerance, more quantity of tea may be required to exhibit the diuretic effect.

You can simply make a more diluted version of the tea and infuse the water in the drink. The diluted fluid may help you in flushing the sodium better.

Simply put, coffee doesn’t flush out the sodium. But the caffeine does.

Caffeine is a natural diuretic that can deplete any water-soluble mineral. To get rid of excess sodium, caffeine can act as a helping tool.

However, due to excessive flushing, the sodium level in your blood may significantly fall. This can affect the regular excretory and cardiovascular functions.

This is why the ingestion of caffeine should be restricted beyond the safe quantity. There are also healthier ways to flush the excess sodium like consuming potassium-rich foods, having peanut butter or coconut water, getting better exercise, etc.

Opt for the healthiest choice possible and choose a balanced diet.