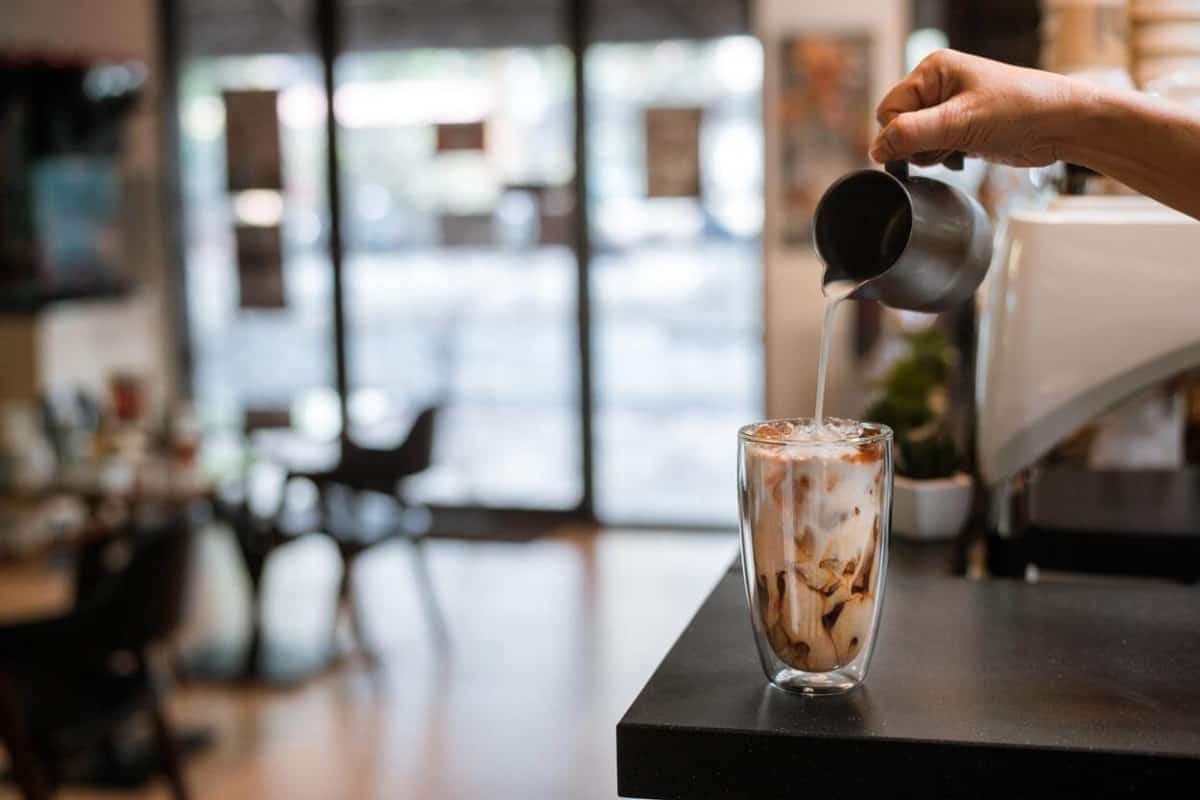 Coffee has been the regular energy fix for millions of people all over the world. Nowadays, there’re hundreds of varieties of coffee to make the coffee experience interesting and diverse.

Frappe is one of the most widely loved iced drinks made out of coffee. Have you ever wondered if the drink contains caffeine or not?

Short answer: Frappe contains caffeine as it’s prepared from instant coffee. Its caffeine content can be between 75 milligrams to 180 milligrams. However, if it’s made from decaffeinated coffee or is one of the tea frappe varieties, then the caffeine content might be zero to very low.

Let’s explore the topic in detail in the following section!

Is There Caffeine in Frappes?

There is caffeine in a frappe. Compared to regular coffees, the caffeine content may vary which ranges between 75 milligrams to 180 milligrams. It’s a blended iced drink that’s prepared from coffee. In many cases, coffee flavorings are also added to the drink.

Some varieties of frappe such as the mocha frappe contain 100 milligrams of caffeine in a smaller cup which is more than that of an average content in regular coffee.

However, this amount of caffeine is okay for your body. The large cups contain higher doses of caffeine which is about 100 milligrams, more than cappuccino and macchiatos.

Though the caramel frappes contain lesser caffeine content, you should check out your intake if you’re choosing larger sizes of the drink.

High doses of caffeine will affect the tolerance of your body that may trigger unwanted side effects such as:

You can read more about these side effects here if you’re interested.

What Are The Ingredients of Frappe?

There’re different varieties of frappe so the ingredients may differ depending on which type you’re ordering.

After going through recipes, the best and easiest section of ingredients include:

If you want a more detailed ingredients list, the following may serve you better:

The nutrition serving in this ingredient list will be about 89 kcal and 16g sugar. If your add whipped cream or chocolate syrup, the calories will rise.

Are Frappe and Frappuccino the same thing?

Frappe and Frappuccino are not the same things. The differentiating factors of the two beverages might be difficult to notice since both of them are iced drinks.

Let’s have a look at the following table to find out the differences:

The following video will help you in understanding the differences between iced drinks better.

How Much Caffeine is in a Frappe?

The caffeine in a frappe can range between 75mg to 180mg depending on the size of the drink. As frappe is made out of instant coffee, it contains a good amount of caffeine.

In the case of other frappe flavors, the caffeine content is relatively lower. The small size cups contain about 75 mg which is less than a regular cup of brewed coffee. The medium and large cup contains about 90-130 milligrams of caffeine.

This caffeine content may differ depending on the store you’re buying it from. However, the average caffeine per serving remains somewhat similar.

From the amount present in the drink, it can be said that although the small serving seems okay, the medium and large serving contains a significantly high dosage of caffeine.

The habitual drinker may find this amount appetizing but for people with low caffeine tolerance, only a medium or large serving might be enough to produce unwanted jitteriness and headache.

Does Vanilla Frappe Have Caffeine?

The answer will depend on how the base of the drink is made. If it’s cream-based, as found in the popular stores, it might contain only cream, sugar, vanilla extract, and ice cubes. So no traces of caffeine here.

Vanilla Frappe is a delicious cream-based cold drink. Many shops use coffee as a base for a vanilla frappe. However, most of the popular brands tend to sell cream-based drinks.

In many cases, vanilla frappe and vanilla frappuccino is considered the same thing although there might be some distinctive features.

Many people consider that the Starbucks Frappuccino is the frappe we talk about. But there’re differences between the two drinks as mentioned before.

Is There Frappe Without Caffeine?

The fun part is that frappe can be made without caffeine as well. You can simply use decaffeinated coffee instead of caffeinated ones, to prepare your icy drink.

Nowadays many company markets decaffeinated instant coffee that can give you the same boost as the caffeinated drink, without caffeine.

For non-habitual drinkers, the drinks may serve greatly since all people are not comfortable with the caffeine boost.

Remember caffeine-free drinks also serve a great purpose so if you want to cut down the caffeine, you can choose any of these caffeine-free alternatives.

Frappe isn’t as healthy as the regular coffee that you brew. This is because frappe is loaded with sugar, whipped cream, and syrups.

If you have a weak point for creams like me, then you got it there. The additives in frappe make the drink high in calories. Though there isn’t an exact measure of the calorie content, most of the frappe may contain 100-300 calories per serving depending on the additives added.

High-calorie drinks lead to a spike in the blood sugar level and contribute to elevated blood cholesterol levels.

I’d personally suggest avoiding sugary drinks like a frappe. That doesn’t mean you can’t have it. Drink it occasionally and with fewer additives as possible.

Don’t make it into a regular habit since regular consumption leads to caffeine addiction.

How to Prepare Your Own Cup of Frappe?

There’re multiple recipes for preparing frappe. I’d personally suggest a simple way so that you can prepare it easily at your home.

At first, prepare the espresso and let it cool down. After your espresso is chilled down, combine it with milk, sugar, and ice in a blender.

Blend the milk at a low speed and blend until a smooth fluid is obtained. You can add caramel or other flavorings on the top of the drink before serving.

Thus a deliciously refreshing iced drink is ready that’s perfect for the summer. If you want to flatten it a bit, you can also add chocolate syrup or more whipped creams.

Frappes can take your experience of simple iced coffee to the next level. Many people may not like the hot drink, so this variety of iced coffee will delightfully refresh you.

The addition of whipped cream or sugar syrup makes the drink thick and creamy. Though the price of the drink won’t stress your wallet, it’s better to prepare the drink at home. The homemade frappes are much healthier and take just a few minutes to make.

It’s also important to be cautious of the nutritional value. The drink contains a lot of calories as you add sugar and whipped cream or chocolate syrup. There’re healthier alternatives so save the drink for occasional consumption.

link to Best Coffee for Your Coffee Machine (Know the Best)

Coffee machines have made it easy for us to brew barista-style coffee at home without much effort.  Isn't it convenient to fill the coffee and water in a machine and just push the button? Yes,...

Continue Reading
link to Is Mocha A Strong Coffee? (Interesting)

'Mocha' is a variety of coffee beans that are found in the central mountains of Yemen and interestingly, this name has been so popular at present as a coffee drink. When we hear about 'Mocha' what...