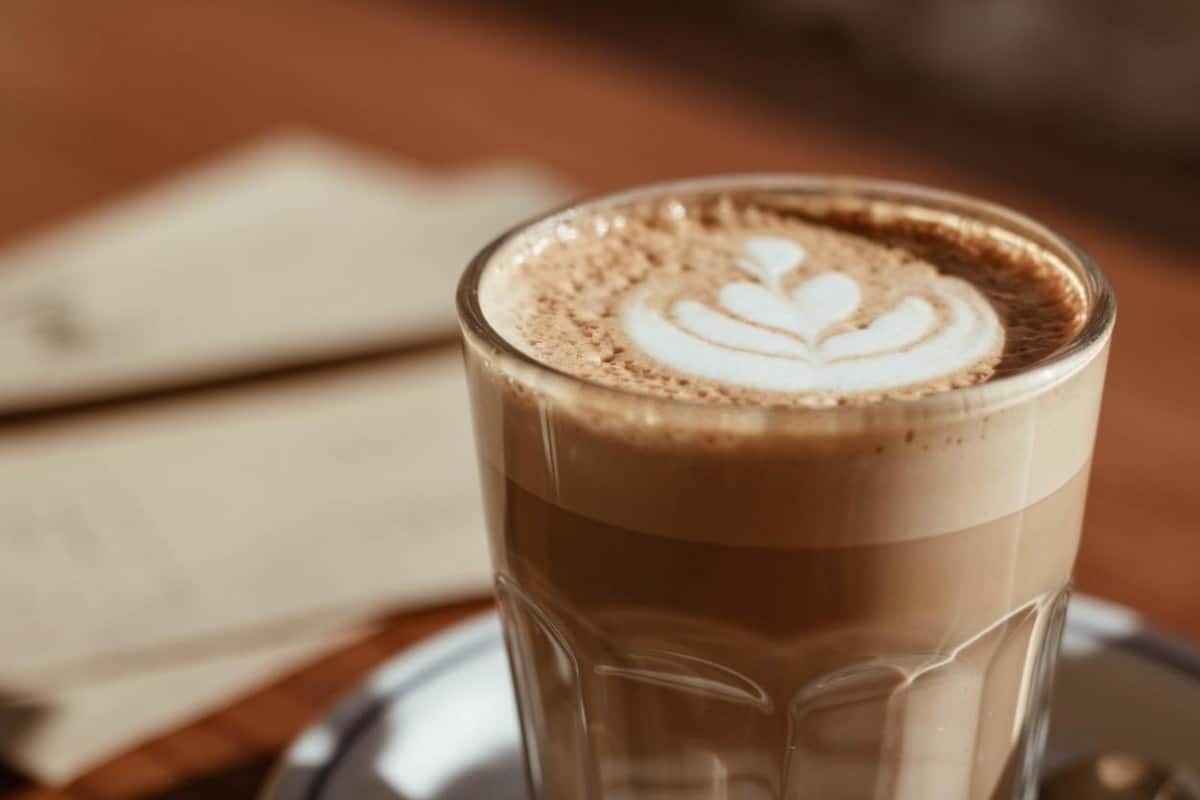 A piccolo latte is a ristretto shot topped with silky milk served in a small latte glass.

The truth is, this drink is quite mysterious and is commonly misunderstood by many.

The piccolo latte is often confused with a cortado which is also a small-sized hot coffee. Some people don’t even know what to expect when they get a cortado or piccolo latte.

So, in this article, I’ll be introducing the piccolo latte, its differences from other small-sized coffee varieties, and perhaps how to prepare a nice cup.

What are the Characteristics of a Piccolo Latte?

In simpler words, a piccolo latte is a mini latte that is served in a tiny cup.

Piccolo, in Italian, translates to “small” which is a characteristic that perfectly describes the piccolo latte.

This miniature latte is said to have originated in Sydney, Australia.

Piccolo latte or piccolo coffee is a small milky drink, traditionally a ristretto shot of approximately 15 to 20 ml, served in a glass demitasse or small glass of around 3 to 4 oz./85 to 114 ml in size.

This drink may be petite, but do not underestimate it.

Here’s how coffee connoisseurs define or describe the piccolo latte:

In other words, the piccolo latte is a small-sized coffee with a shot of espresso and some milk.

How Much Milk is in a Piccolo Latte?

A cup of piccolo latte contains 100 ml milk which is roughly 7 tablespoons.

For a better view, I have a created this table showing the milk content of my favorite coffee variations.

It is important to get the milk right to achieve a delicious cup of piccolo latte.

Here’s a step-by-step guide on how to make a piccolo latte.

Is Piccolo Latte Hard to Find?

Piccolo latte is difficult to find because it’s not known as a cappuccino or latte.

In addition, if you go to coffee shops the piccolo latte isn’t among the most wanted beverages. So, coffee shop owners tend to not include it on their menu.

The lack of popularity is amongst the main reason why the piccolo latte could be hard to find.

Plus, the description of cortado and piccolo are confused which means that drinkers wouldn’t know what to expect from their cup!

The piccolo latte might be hard to find but don’t fret as you can make your own cup at home.

Is a Piccolo Coffee Strong?

It tastes like a short black (espresso) filled with milk giving it a stronger flavor. It uses less water making the taste of coffee more robust and stronger than an espresso shot.

The piccolo latte is a single ristretto shot poured into a small glass and topped with steamed milk.

And the result is, a small-sized strong-tasting coffee!

What is the Difference Between a Piccolo Latte and a Regular Latte?

The key difference between the two is that a standard latte isn’t made using a shot of ristretto and that a piccolo is significantly smaller.

A latte is bigger, with its standard size being around 8 oz/230 ml, compared to a 3 to 4 oz/85 to 114 ml of piccolo, although this can vary depending on the coffee shop.

Additionally, consumers enjoy piccolos in-house since they are typically served in a small glass, but a standard latte may be easily ordered to go.

The milk does have a similar consistency. Both beverages contain steamed, stretched milk that blends seamlessly with the espresso.

What is the Difference Between Piccolo Latte and Other Milk Drinks?

The piccolo latte is a mysterious drink and can be confused with other coffee-milk drinks such as macchiato, flat white, and cappuccinos.

In this section, I’ll be comparing the piccolo latte with other coffee-milk drinks.

Let’s start off with the macchiato!

Basically, a macchiato is a coffee drink made of foamed milk and espresso.

If you find the espresso too harsh and the cappuccino weak, then the macchiato is the best fit for you.

The term “macchiato” means stained or marked coffee in English.

There are two types of macchiato namely; espresso macchiato and latte macchiato.

Both of these macchiatos are served in tall glasses.

I prefer the latte macchiato because it is a lot sweeter than the regular macchiato.

The main distinction between these two beverages is that the macchiato is an espresso topped with milk while the piccolo latte is a ristretto with some milk on top and is usually served in a small glass.

Flat white is another espresso-based drink that is made of steamed milk.

It is bigger than a macchiato and smaller than a latte. With flat white, the double shot coffee does the talking.

Although the milk consistency in flat white and piccolo latte are similar, flat white is a stronger drink due to the double shot espresso.

Cappuccino is made with a shot of espresso, steamed milk, and milk foam.

In addition, this drink can be customized by using cream, instead of milk and some additional flavorings.

Taste-wise, the piccolo latte is stronger due to the espresso to milk ratio.

What is the Difference Between Piccolo Latte And Cortado?

Piccolo latte contains steamed textured milk. Cortado, on the other hand, is an espresso with steamed milk infused for about a 1:1 to 1:2 espresso milk ratio.

Piccolo latte and cortado are sometimes confused as being the same kind of coffee, most probably because of their similar characteristics.

However, the cortado is an essential identifier in recognizing the piccolo latte.

Americans believe that cortado, which is renowned in the Spanish-speaking world, is fairly similar to a piccolo latte. However, Albury’s Coffee Mamma’s Matt Sheridan argues, a cortado is really in between a piccolo and a café latte – a single shot topped up with milk to about three-quarters of a latte glass.

Additionally, Grant Gamble, event director for the Toronto Coffee Festival notes that after visiting Australia, he learned that a piccolo is a single shot of espresso in a 3 to 4 oz or 85 to 114 ml cup containing latte-texture milk, but a cortado is a double shot.

How Do You Make a Piccolo Latte at Home?

It isn’t complicated, so you can definitely try it for yourself.

This procedure isn’t the only way to make piccolo coffee. So, watch the video below to find out more!

Piccolo latte is sometimes underappreciated by many consumers due to its small size and this drink is hardly ever available at cafés.

This “small” drink will not fail you because great things come in small packages, as many would say.

The piccolo latte lets consumers experience the exquisite tastes of ristretto and milk without feeling stuffed. Excellent if you want a mini caffeine buzz after a meal to get going throughout your hectic day.

Lastly, don’t confuse the piccolo latte with flat white, cortado, and other small-sized coffee drinks. They might have something in common but they’re totally different from each other.

So, the next time you’re in line at your favorite coffee shop, give the piccolo latte a shot and let us know what you think!

link to What is a Pour Over Coffee? (Made Clear)