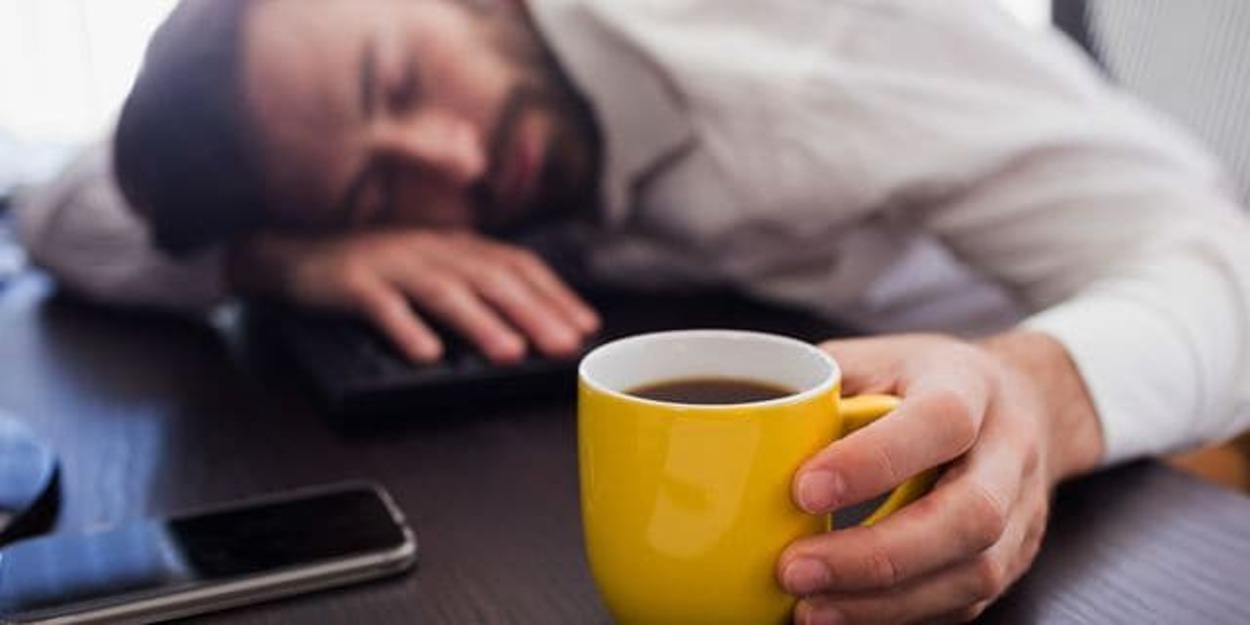 A warm cup of coffee is what many people drink to start a perfect day. According to National Coffee Association, coffee is the most consumed caffeinated beverage in the United States. About two-thirds of the country drink at least one cup a day.

Coffee is a perfect choice to boost one’s energy and stay awake all day, but too much intake can leave you feeling tired and exhausted. This makes you ask the question, “why does coffee make me tired?“

Coffee is a diuretic that makes you go to the bathroom frequently, increasing the body’s dehydration, which makes you feel tired.

There are other factors involved that can be why you feel tired after having the drink that is supposed to make you feel energetic.

Read on to find out about those factors on why coffee makes you tired.

Why Does Caffeine Not Work on Me?

The caffeine effect depends mainly on personal experience, some don’t have to face the adverse side effects, but others can’t stand the acidic stimulant effects of coffee.

Caffeine can make some people feel energetic, but it doesn’t apply to everyone.

Some may experience anxiety and jitters, while others say caffeine doesn’t work for them- what could be the reason?

Here are some key reasons why caffeine does not work on you.

If you don’t feel caffeine stimulating effects, then your genetics might be the reason behind it.

Let’s get behind the science of it.

It takes around 45 mins for your body to ingest caffeine after drinking a cup of coffee. That means the effect starts kicking in the right after half an hour.

Caffeine moves toward the brain after ingesting and binding with receptors in the brain. These receptors are paired with adenosine, which makes you sleepy.

How does genetic affect the whole process, you may ask?

According to a study, some people have specific genes that make them hypersensitive to caffeine. This cause little to no caffeine effect, even if they take 4-5 cups of coffee a day,

CYPIA2 is a liver enzyme that is responsible for 95% caffeine metabolization in the body. There are two types of CYPIA2 enzyme, one which metabolizes faster than the other. Which enzyme your body has depends mainly on your genetics.

Moreover, genetics influence how adenosine receptors in the brain bind with caffeine molecules

Caffeine tolerance might be another reason why you are not getting the kick from your morning coffee.

Just like any food or drink, overconsumption of coffee makes you addicted. Drinking a lot of coffee with a high quantity of caffeine leads you to build caffeine tolerance.

In simple terms, when you drink 5-6 cups of coffee daily, your body becomes less sensitive toward its effect.

As a result, you crave more caffeine than you usually drink to stay awake and energetic. The usual amount of 400mg recommended by the FDA won’t work for you. Your body needs more caffeine to make you feel awake and alert.

So, if you are experiencing no stimulating effects after drinking cups of coffee, that means you have build caffeine tolerance.

However, drinking more than the recommended intake of 400mg could lead to adverse effects such as insomnia, headache, or heart palpitations.

The best thing is to quit altogether for two weeks. However, I understand that going through their busy schedule without their caffeine can be difficult as it can cause headaches.

What you can do is taper down your daily intake for few weeks. Try reducing a cup each day until your daily coffee intake comes to only one to two cups a day.

Other than genetics and caffeine tolerance, other factors play a huge role in how your body will respond after drinking a cup of coffee. These factors can include daily intake of caffeine, lifestyle, food, and water intake.

Also, the type of coffee used and how it is roasted and brewed make a fair difference in how it affects the person.

Can caffeine have the opposite effect?

Caffeine in coffee is an excellent stimulant that helps you focus and charge you up with energy, but it can also have an opposite effect.

Once caffeine wears off, coffee can decrease energy levels, and you can hit the caffeine crash. That can lead to rebound fatigue.

A study result shows that caffeine helps the participant feel awake and alert all day, but all participants claim they feel more tired the following day of the experiment.

Caffeine is known to cause daytime sleeplessness by disrupting the natural circadian rhythm. That means a cup of coffee that helps you stay awake during the day can interrupt your sleep-wake cycle.

You can face similar effects to what hypoglycemic people experience when their blood sugar level crashes.

With coffee, it’s hard to maintain a healthy sleep cycle. Further, when you wake up, you feel exhausted because you didn’t get the deep sleep your body needed because of the caffeine effect.

The cycle continues as you crave more coffee the following day. This can lead to caffeine dependence, so not having 4 to 5 cups of coffee will leave you exhausted and tired all day.

You can avoid rebound fatigue and maximize caffeine’s positive effects by consuming coffee in a moderate amount.

Drinking a lot of caffeinated drinks, coffee, and tea can cause caffeine crashes.

If you experience an energy crash in the evening or night, feel cranky, sleepy, and even anxious. All these signs point toward a caffeine crash.

Things that can cause caffeine crashes:

Caffeine increase heart rate and blood pressure that spike alertness and energy levels. However, going overboard with caffeine intake is what can cause the crash.

Caffeine is the first choice when you nod off or feel tiredness and lethargy.

Here are a few of the health benefits a cup of joy can offer you:

However, despite its positive effect, back-to-back cups of coffee can overcharge you until you hit the crash.

This is because caffeine gets to the central nervous system and increases blood flow which enhances cognition and focus, the effects of caffeine start after 60 minutes of drinking coffee. Half of caffeine life is 5 hours, and the other half stays longer in the body.

However, once the effect of stimulating caffeine wears off, you may experience tiredness and headaches. This might be the reason for caffeine crashes or caffeine intolerance. You can’t tell the difference as both has similar effects on the body: sleepiness, lethargy, inability to focus or concentrate.

I wrote a separate article on coffee crashes and you can read it here to know more.

ADHD people have trouble concentrating, being overly active, or controlling their impulsive behaviors. However, according to studies consuming caffeine can help boost concentration for people with ADHD.

For some people, caffeine stimulants can cause high dopamine levels that lead to anxiety and agitation, but not in people with ADHD.

Caffeine acts as mimics of most drugs used to treat people with ADHD, such as amphetamine. However, caffeine is not as effective as a prescribed medication.

The important thing is the amount the AHD people consumed.

To learn more about how caffeinated drinks affect people with ADHD, watch this video:

Over intake of caffeine can lead to jittery effects. The same coffee that helps ADHD people focus and stay alert in the day makes then hard to sleep at night. Which leads to tiredness; tiredness can worse the ADHD symptoms.

ADHD people should remain cautious with the amount they take in a day.

Lastly, for adults using caffeine to treat ADHD symptoms is ok but it is not recommended for teens and kids with ADHD symptoms.

For most people, caffeine work if they consume it in moderation. For others, it does the opposite and makes them feel tired all day.

If you are experiencing tiredness and drowsiness after enjoying your cup of joy, then it’s time to take action. Start with reducing daily intake, and add moderate exercise to your routine.

Adequate sleep is what the body needs to function well. Caffeine may not make you alert if you are highly fatigued and worn out.