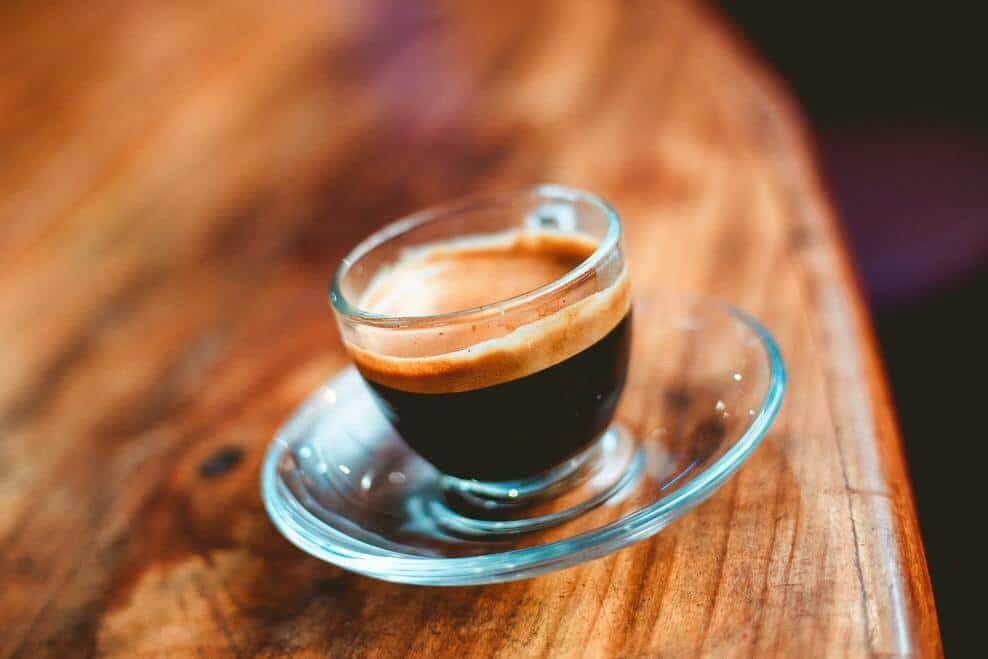 Quick answer: Ristretto is a shorter but more concentrated version of an Espresso. The same amount of coffee grounds are used to prepare it but with less water and brewing time, making it smaller but more intense in flavor.

While ristretto might not have the popularity that espresso has, it is very much comparable in terms of strength and flavor.

Ristretto is an Italian word meaning “to restrict”. As its name indicates, it is a restricted shot of an Espresso, where only the first portion of a full-length espresso shot is pulled out to produce a more concentrated and flavorful drink.

People who are a fan of espresso love it for its bold and bitter taste. While ristretto is a stronger shot, its flavor tends to be on the sweeter side.

Therefore, when ristretto is given lesser extraction time and pulled just before the bitter compounds of the beans could be extracted, it tends to be sweeter yet bolder in flavor. I wrote an article about the differences between a ristretto and an espresso and you can read it to find out more.

But for now, keep reading to find out how ristretto is made.

How Is a Ristretto Made?

The process of making ristretto is quite similar to that of espresso, except for its water content and brewing time.

Using a machine, very hot water (around 200 degrees Fahrenheit) is passed with high pressure through well-tamped dry coffee grounds to extract a bold and concentrated shot.

The difference in the process begins with the quantity of water that is forced through the dry coffee grounds.

Ristretto uses around half of the water quantity that is used to make an espresso shot to produce a shot of around 0.5-0.75 ounces.

Ristretto is also given a shorter extraction time (around 15 seconds) than espresso. This is to restrict the extraction of bitter compounds into the shot.

The lesser amount of water and extraction time makes ristretto a smaller yet more powerful drink.

Is Ristretto Stronger Than Espresso?

Yes, ristretto tends to be much stronger than Espresso due to the fact that it is extracted with half the amount of water as espresso needs.

When the same amount of coffee is brewed using a lesser amount of water, the shot produced is definitely stronger and more intense in flavor.

Ristretto does beat espresso in terms of taste and strength. However, it is slightly weaker than an espresso when it comes to caffeine content.

With that said, let’s dive deeper into its caffeine content.

How Much Caffeine Does Ristretto Have?

A 20 ml ristretto has approximately 33 mg of caffeine, which is quite below the FDA’s set limit of 400 milligrams of caffeine in a day.

The caffeine content in a coffee shot is dependent on the following factors:

The caffeine content is lower in ristretto because it lets a lesser amount of water pass through the same quantity of coffee grounds as an espresso, which has around 63 milligrams of caffeine in a single shot.

This means the amount of water for one serving of ristretto will flow through the coffee grounds faster, therefore, less caffeine can be extracted.

Long shot or Lungo, Italian for long, is also a sub-category of espresso. However, it is the opposite of ristretto.

While ristretto is known as a “restricted” shot of espresso, lungo is often referred to as a “stretched” shot.

Although extracted in the same way as espresso and ristretto, a lungo is designed to fill up more of your cup.

While ristretto uses half the amount of water as espresso for brewing the coffee grounds, lungo uses twice as much water as compared to espresso to produce a long, more diluted shot.

Not only does a lungo put in double water quantity, but it also uses more time for extraction, resulting in more coffee with quite a bitter taste.

The variation in brewing time and water quantity brings out three more differences between Lungo and Ristretto: taste, quantity, and caffeine content.

Lungo has a very bitter and bolder taste as compared to ristretto, which tends to be more on the sweeter and richer side.

As stated above, the bitter compounds of the coffee beans are extracted at the end. Being a long shot, lungo takes more brewing time and thus, features a very bitter and strong flavor.

However, due to the increased quantity of water in the shot, lungo tends to be a lesser concentrated drink than ristretto.

A long shot is usually served in a 60 ml shot, while ristretto is served in a 20 ml shot. The variation of quantity is due to the amount of water that is put in to make each drink.

The long-shot has a higher caffeine level than the ristretto.

This is simply because when more water is forced to pass through the coffee grounds for an extended extraction time, it lets the water absorb most caffeine from the beans resulting in a highly caffeinated but less concentrated long shot.

Refer to the following table below where I’ve summarized the differences between Ristretto and Long Shot.

If you want to know more about how Lungo differs from espresso and ristretto, watch this video below.

Ristretto is a sub-category of espresso. Being a shorter shot doesn’t mean it has less to offer.

In fact, I won’t be wrong if I called it an even more concentrated and flavorful drink than espresso.

Using almost half of the water quantity and extraction time of espresso, a ristretto shot can give you just the right kick of strong coffee with a touch of sweet and rich taste.

Lungo or long shot is a kind of drink that is seemingly the opposite of a ristretto.

While ristretto is known for its bold and concentrated flavor, a long shot is milder and bitter in taste.

But if you want a drink with more caffeine in it, go for lungo as it has a higher caffeine content than ristretto. This is because it has a longer brewing time and more water.

On the other hand, if you need a quick and strong boost, you should definitely go for a ristretto.

Although espresso and both of its variants are usually served plain, the good news is that there are no restrictions when it comes to experimenting with any of your favorite ingredients.

You can always transform your drink according to your preferences by changing up its method of preparation or adding a special ingredient.

So, let your taste buds dictate your cup.

Be creative, keep experimenting, and find out which shot is actually your favorite.

link to What Is Matcha Latte? (Is It Really Healthy?)

Matcha Latte is made from green tea powder called Matcha that tastes slightly sweet, creamy, and smooth. Matcha Lattes have grown in popularity in recent years due to their various health...

Continue Reading
link to What Is A Macchiato? (A Different Kind Of Coffee )

Macchiato coffee is a popular European version of espresso that is usually drunk with steamed or foamed milk. It's a classic variation that brings together the rich, strong flavor of espresso and...