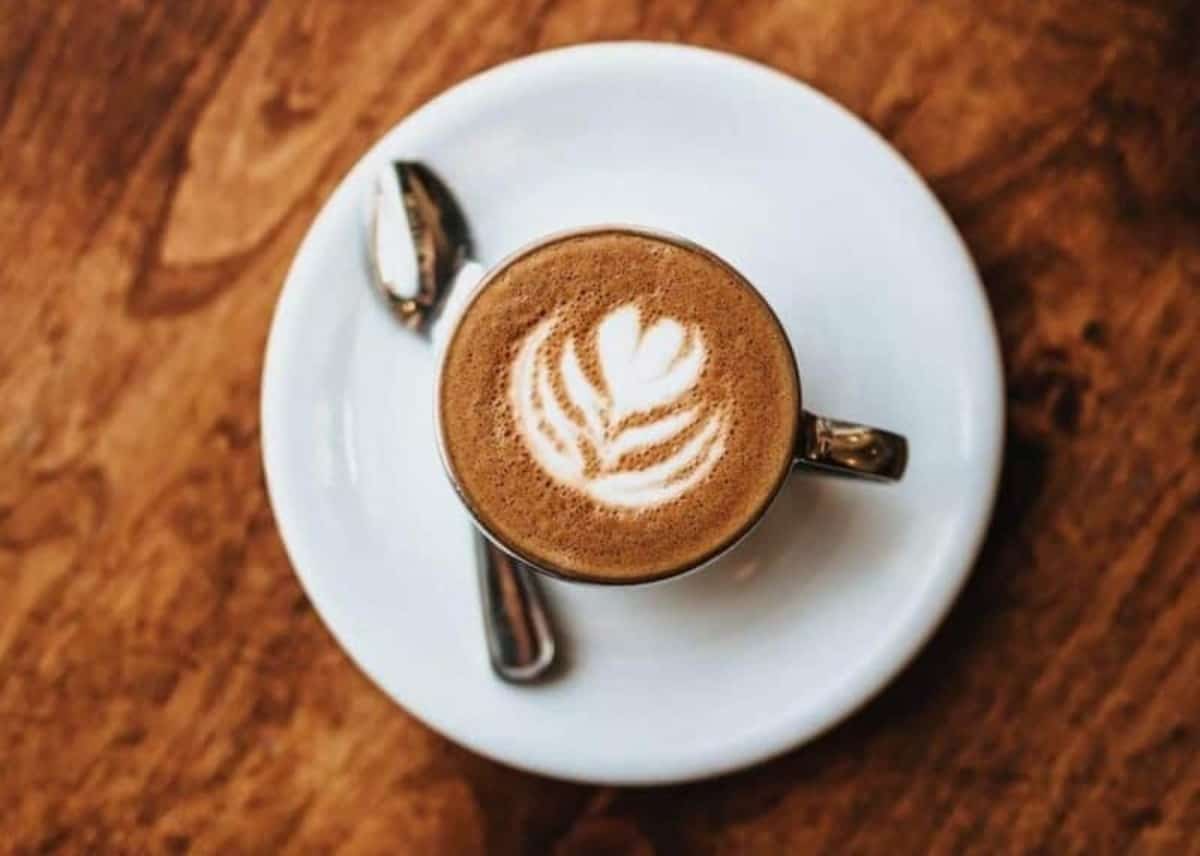 Cortado is named after the Spanish word “cortar,” which means “to cut through.” The drink is rightly named so as the milk is intended to cut through the espresso, reducing the acidity of the strong espresso while retaining the coffee’s flavor.

The cortado contains little to no foam, which is the main characteristic of most Spanish drinks.

The milk used in a cortado is lightly steamed without froth; it creates a micro-foam at the top that doesn’t separate from the espresso, giving it a strong and rich flavor.

However, the cortado isn’t about latte art; it’s about the enjoyment of balanced flavor. It is a favorite among people who like espresso-based drinks with a strong coffee taste.

Keep reading to know more about this tasty drink!

What Is a Double Cortado?

A double cortado refers to the two espresso shots that blend with roughly the same quantity of milk to prepare a typical cortado drink.

Due to its standard smaller size, altering or customizing the size of the drink is often a non-negotiable factor. Even at large-chain coffee shops like Starbucks, a cortado is only served in its pre-determined cup size.

No sugar is present in a standard cortado. However, people add sugar and other sweet ingredients to it to change the drink according to their taste.

Speaking of taste, a cortado is soft and strong at the same time. This is because it contains an equal amount of espresso and milk. You can taste the powerful kick of espresso, and at the same time, the smooth and silky taste of milk.

It is a perfect balance between them and that’s what makes a cortado stand out from other drinks. Try a cortado if you are looking for a great espresso drink that’s a little out of the ordinary.

While talking about the taste of cortado, you should keep in mind that the milk matters the most.

How? Let’s find out!

Why Does the Milk in a Cortado Matter?

Milk can be considered the most crucial ingredient in determining the taste of cortado. Additionally, it has to be steamed, not heated.

The ratio and the exact amount of milk that should be used vary from region to region, and each barista has their idea of how much they should put in, but it’s always a tiny amount of milk.

The remarkable thing about the milk in a cortado is that it gets that caramelized flavor that steamed milk gets without bubbles and foam. Only a tiny layer forms at the top.

Watch this video to learn more about this delicious drink.

Is Cortado the Same as Flat White?

Cortado is not the same as flat white. Due to its small size, many people often get it confused with a flat white, but it’s pretty different.

You can read about my article on flat white coffee if you’ve never heard of this drink, but in comparison, cortado as a whole is smaller than flat white, it possesses a much stronger taste due to the lightly steamed milk used in it.

On the other hand, flat white can be linked to a small latte as it has textured milk, making it hotter with a much thicker taste. In comparison to the cortado, the flat white is more similar to the latte.

Now that you know what makes a cortado different from a flat white, the next time you order either a cortado or a flat white, pay attention to the consistency of the milk.

What Is the Difference Between a Latte and a Cortado?

The main difference between a cortado and a latte is the size of the drink, which is influenced by the number of espresso shots, milk, and serving quantity of the drink.

Both cortados and lattes have a thin layer of microfoam on top.

While cortados have about two ounces of lightly textured, steamed milk, lattes can have anywhere from eight ounces of milk or more.

Lattes are a larger drink because they have more milk in them. They are served in cups that are 8 ounces or bigger, whereas cortados are a smaller drink and served in 4-ounce cups, usually in transparent glasses called a Gibraltar.

Here’s a table summarizing the differences between cortado and latte for your reference:

Now that you know much about cortado, why not try making it at home by adding a few of your favorite ingredients?

Here’s my version of cortado with a hint of honey and vanilla flavor.

How to Make a Honey Bee Cortado?

Here’s an easy and tasty recipe of honey bee cortado that you can make and enjoy on your own.

Although you may add other sweeteners to your coffee, I prefer adding honey over other ingredients because of its abundance of health benefits.

Cortado is an espresso variant that originated from Spain. Its name, “Cortado” directly translates to “to cut”.

It was given this name because it contains milk that cuts through the espresso, reducing its acidity and enhancing the richness of the drink.

A typical cortado is served with a double shot of espresso with the same ratio of milk.

The amount and form of milk added to the drink makes it stand out among other coffee variants.

The milk used in a cortado is roughly the same amount as an espresso. Additionally, it is not just heated but steamed to produce that caramelized flavor without the bubbles and froth.

Due to the small size of the drink, many people get it confused with a flat white, however, the two are quite different. A cortado contains lightly steamed milk while a flat white has textured milk.

Also, a flat white contains almost the double amount of milk that is present in a cortado, making it more velvety and thicker.

Cortado has proved to be a really good espresso drink that may suit everyone’s taste buds. Some people may miss the frothy milk that’s normally present in cappuccino or flat whites, but they’ll surely fall in love with the caramel-like steamed milk in a cortado.

If you haven’t tried this drink yet, I recommend you to give it a try and taste the delicious combination of robust espresso and creamy, light milk.

link to What is Ristretto? (Explored)

Quick answer: Ristretto is a shorter but more concentrated version of an Espresso. The same amount of coffee grounds are used to prepare it but with less water and brewing time, making it smaller but...

Continue Reading
link to What is a Pour Over Coffee? (Made Clear)