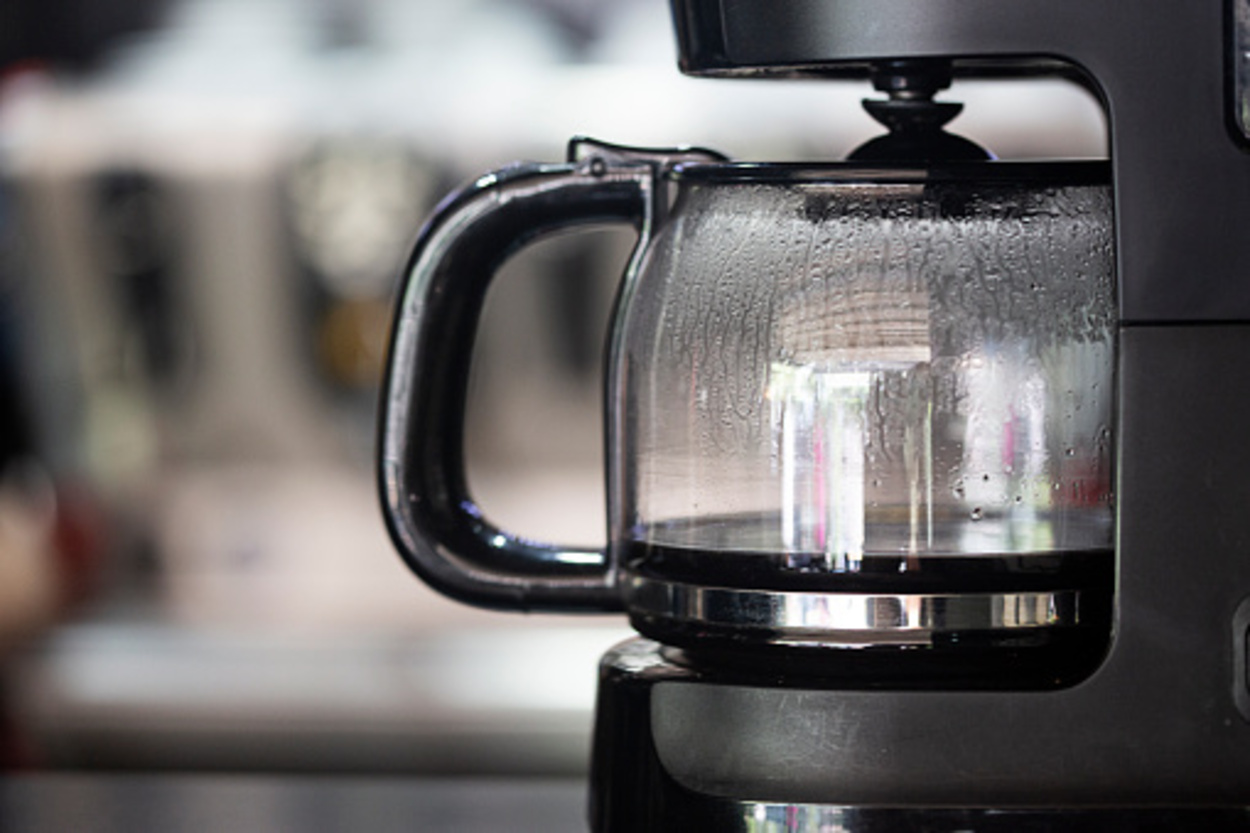 Well, nowadays the introduction of instant coffee machines has revolutionized modern coffee drinking. It is no longer necessary to brew a full twelve cups of coffee only to waste more than half of it! Instead, thanks to the success of the Starbucks Verismo and Keurig products, personal coffee making has become efficient and instant.

However, this raises the question of how these two brewing methods stack up against one another?

There are approximately 31 different brewers for Keurig. DAMN! That number can be intimidating, but don’t be concerned. We will only look at the company’s flagship brewer. In the case of Starbucks, this is the Verismo V, whereas, for Keurig, it is the Keurig K-Elite Brewing System review.

Both machines are excellent tools, and owning one of them is not a mistake. But, to make the decision a little easier, let’s look at the differences between the two.

Starbucks’ Verismo is a brewing system that has allowed users to recreate their favorite drinks from the popular coffee brand from the comfort of their own homes since the first model was introduced in 2012.

The stylish machines use Swiss-engineered dual-pressure technology to brew a mug of your favorite Starbucks coffee blend or a strong shot of espresso. You get the best of both worlds in one small machine, and it’s as easy as pressing a button.

I talk about Verismo in more detail in my other article. You can check it out here.

Keurig is a beverage brewing system that can be used at home or in the workplace. Keurig Dr. Pepper, a company based in the United States, makes the machines.

K-Cup pods, which are single-serve coffee containers; other beverage pods; and proprietary machines that use these pods to make beverages are the main Keurig products.

The first Keurig single-serve coffee maker was introduced in 1998, and the company has grown into a multibillion-dollar coffee empire since then.

Current Keurig models are market leaders in the United States, and the company’s coffee makers are known for their quick brewing times and customizable brewing settings, which many other top brands do not offer.

Let’s compare their features for a better perception.

So to distinguish between Verismo and Keurig, let’s have a close look at some of their features. Mainly:

While they are intended to be instant coffee dispensers, if the machine has not been used in a while, it may take a few moments to reheat and begin dispensing coffee. Nonetheless, in terms of performance, they are very close.

One distinguishing feature is the small number of products that are compatible with the Verismo. There are only about 16 different brew pods that can be used. This is because the brewer only accepts Starbucks Verismo Pods. The Keurig can use over 200 different types of K-CUPS. This includes all 16 of Starbucks’ most popular Verismo flavors.

When combined with other Starbucks products, such as the Verismo Milk Frother, the Verismo allows the user to create unique and customized drinks that rival even the most skilled barista.

The brewing capabilities of the machines are perhaps the most significant differences between the K-Elite and Verismo V. The K-Elite, like the majority of Keurig machines, is only intended to brew coffee, whereas the Verismo system employs Swiss-engineered, dual-pressure technology to produce both drip coffee and espresso shots.

While the K-Elite lacks in beverage variety, it makes up for in drink size, offering a 4, 6, 8, 10, or 12-ounce cup of brew. Meanwhile, if you want more than 10 ounces of Joe from your Verismo, press the brew button a second time.

The K-Elite brews a cup of coffee in under a minute and has a 75-ounce water reservoir that allows you to brew up to 8 cups before needing to be refilled. This may not appear to be a significant benefit, but on your busiest mornings, you’ll be grateful for the few seconds saved by not having to add water daily.

Furthermore, the machine brews quietly, so if you live with a roommate or family members, you can go about your coffee routine without worrying about waking anyone up.

On days when you need a little something extra, use Keurig’s strong brew option for a stronger, bolder brew, or the iced setting for hot java over ice.

When turned on, the Verismo, on the other hand, is ready to brew in 15 seconds. Its 77-ounce water tank also saves you time by eliminating the need to add water every day. As previously stated, the Verismo can brew both regular coffee and a 1-ounce espresso shot, so if you prefer a slightly stronger standard cup of drip but don’t have time to swing by a Starbucks location, this coffee maker has you covered.

Knowing what kind of coffee you can brew in each machine will have a big impact on which appliance you buy, so make sure you have all the information you need to make an informed decision and be confident in your purchase.

Because Starbucks owns and distributes Verismo, all of the coffee pods in the machine are — you guessed it — Starbucks coffee blends. This is great news if you’re a Starbucks snob, but if you’re a more adventurous coffee drinker or prefer a different brand, this may not be the most convenient option.

Any Keurig coffee maker requires a K-cup for at-home brewing, but unlike Verismo pods, K-cups come in a variety of brands, ranging from Dunkin Donuts to Folgers. You’ll never run out of options for your morning cup of java with such a diverse selection of coffee available.

If you’re looking for a more environmentally friendly coffee experience, it’s worth noting that pods for both machines are recyclable as long as the tops are removed and any grounds and paper filters are discarded.

If you’re worried about matching color palettes or interior design styles, each coffee machine is fairly neutral, so you should be able to pair one of them with any setup.

While other Keurig machines are available in vibrant colors such as cardinal red and evening teal, the K-Elite is only available in brushed silver, brushed gold, or brushed slate. The Verismo, on the other hand, comes in only one color: the always-classic and easy-to-match black.

We know that size is important to many people when deciding whether or not to buy a coffee maker, but in this case, that criteria may be ineffective. The size of the two machines we’re comparing is quite similar, with the K-Elite weighing in at 8 pounds and the Verismo not far behind at 7.7 pounds.

The following table shows the approximate price of Verismo and Keurig with 72 pods and k cups respectively:

Both coffee makers are on the higher end of the price spectrum when compared to other brewers, but given their features and trusted brand names, this isn’t surprising.

Other costs, such as coffee pods, are incurred in addition to the initial purchase of the machine. These are the Verismo Pods for the Verismo and the Keurig K-Cups. Starbucks Verismo Pods are around $60-70 for a standard 72-count box of both, while K-Cups are closer to $30-50.

You can see how much difference lies when it comes to their pricing.

Is Verismo The Same As Keurig?

No, Verismo is not as same as the Keurig! The difference that lies is in the brewing capabilities of the machines.

Keurig is specifically designed only to brew coffee, and the Verismo uses a system engineered, dual pressure technology that can produce both drip coffee and espresso shots.

Can Verismo Pods Be Used In Keurig?

The answer is no.

Since Keurig is a k-cup machine its cups are not interchangeable and will not work for verismo as pods.

However, all K-Fee and Mr. and Mrs. Mill coffee and espresso pods are compatible with the Verismo.

This in turn is true. According to Starbucks, the Starbucks verismo pods were officially discontinued on 31 December 2020.

However, as stated above there are k-fee pods that are compatible with Starbucks verismo.

In my opinion, If you’re willing to spend the extra money, I recommend the Keurig. With its modern-looking design, impressive features, and Keurig’s long-standing trustworthiness in the beverage industry, the machine provides the most bang for your buck.

However, I recognize that many people have all but sold their souls to the Starbucks Coffee Company, in which case the Verismo brewing system is probably the best option for you. Sure, your Verismo pod options are limited to Starbucks brews, but if that’s your java of choice, a smaller selection shouldn’t be an issue.

With this, I hope now you will be able to make a better choice for your comfort.

You can watch the following video to learn more about the difference between Verismo and Keurig: