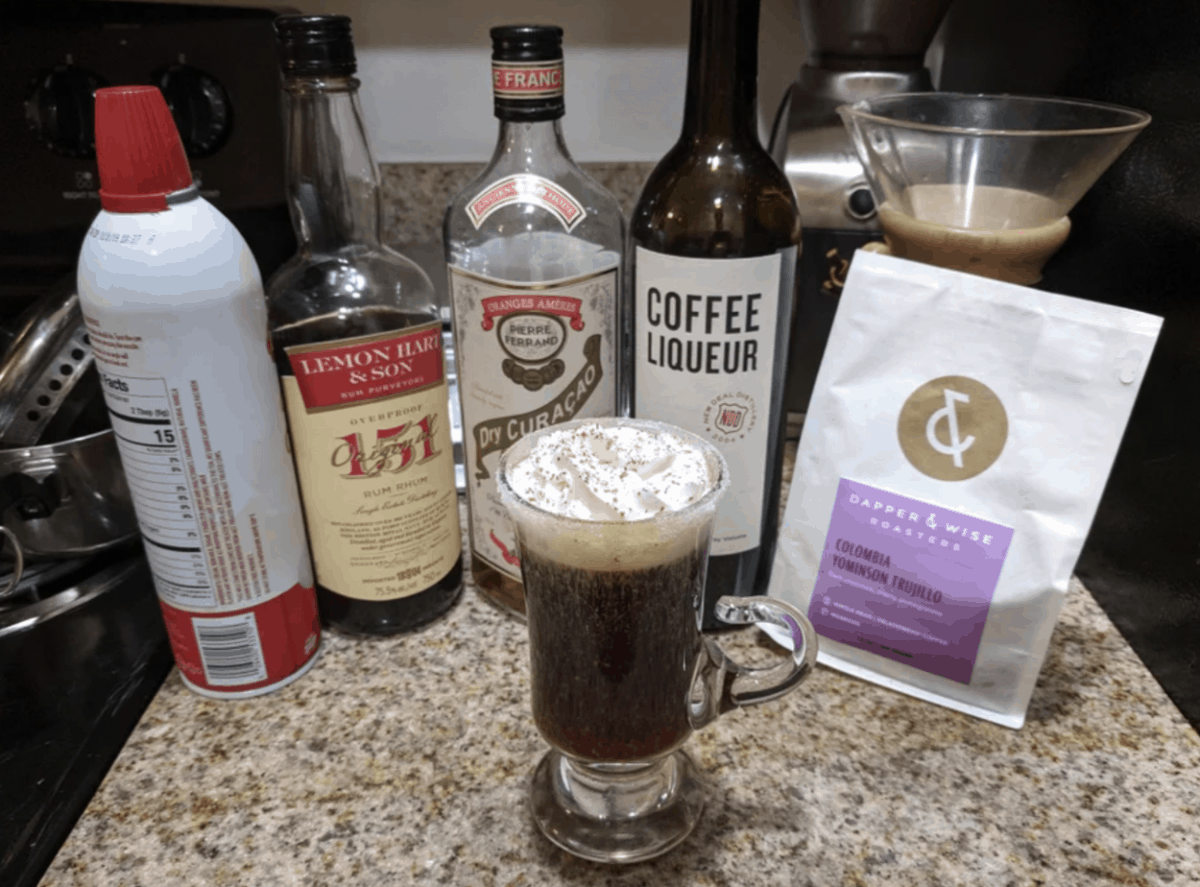 Coffee is one of the essential parts of Spanish culture but it’s so much different than the coffee we Americans may be used to.

Here are a few differences:

And you know how else Spaniards like to take their coffee? With booze!

Indeed, traditional Spanish coffee is spiked with brandy and orange liqueur and topped with syrup. This isn’t the only fun Spanish coffee variation, either!

In this article, I will be exploring the mysteries of Spanish coffee and exciting recipes you can try at home!

But first, let’s talk about the basics of Spanish coffee.

What is Spanish Coffee Made Of?

Spanish coffee is usually made torrefacto, which is a sugar-coated bean.

The first thing you’ll notice when you take a sip of traditional Spanish coffee is that it has a bitter taste. That’s because the process of conserving coffee in Spain differs from other countries.

Traditionally, coffee beans are coated in sugar, also known as torrefacto.  When toasted, the sugar is burnt and gives the beans a very bitter flavor.

Take a look at how Spanish coffee is made in the video below!

The first person to bring the torrefacto process to Spain was José Gómez Tejedor, the founder of Cafés La Estrella.

During his visit to Mexico, he saw that the Mexican miners were roasting sugar onto their coffee beans so that they would last longer.

José realized that torrefacto is perfect for his home country because it lasts longer, uses fewer beans, and the added sugar expands the roast’s volume without adding to the cost.

As torrefacto became the standard, buyers came to anticipate its dark, oily appearance and flavor.

Why is it Called Spanish Coffee?

The common Spanish coffee recipe we know is actually an Americanized version of carajillo, which is brandy-spiked coffee in Spain.

This local version was first made in Portland, Oregon in the 1970s. It’s a flaming drink spiked with rum and has a caramelized rim.

If you want to light up your meal, you can try to make this quick Spanish coffee recipe at home! It uses Kahlua, rum, nutmeg, and dark brewed coffee. Be careful in handling the flame, though.

I would also recommend this fun Spanish coffee recipe with a citrus twist! You just need some Lemonhart rum, Dry Curacao, Colombian coffee, and some coffee liqueur.

Using lighter roast coffee really brings out the sweet fruity notes. Top this with whipped cream and cinnamon, and you’re in for a delight.

If you’re not up for whisking the cream, you can pour your cream with some sugar in a shaker tin and just shake it ’till you get the thick texture you want.

The difference between the original Spanish version and the American one is that the former does not have the caramelized rim or whipped cream on top. Also, it typically uses brandy rather than rum.

The name carajillo comes from the Spanish word coraje, which means “courage.”

It was first made during the war in Cuba when Spanish soldiers began spiking their coffee with liquor to get some courage before the battle.

Unlike its flashier counterpart, cajarillo is a lot simpler to make! You just need brandy, sugar, coffee, and a lemon peel.

Spanish and Irish coffee share common ingredients such as coffee and sugar. However, they also have a few key differences.

There are a lot of coffee variations across the world that incorporate some form of liquor. Both Spanish and Irish coffee fall under this category.

Irish coffee is distinctively very sweet and uses the trademark Irish whiskey. Most cafes would also serve it with whipped cream on top. As mentioned earlier, traditional Spanish coffee uses brandy and shies away from sweet flavors.

If you’re looking for more variety in your Spanish coffee, there are many other drinks you can try that don’t have alcohol in them.

Here are some of the non-alcoholic Spanish coffee beverages that I have tried:

Café Solo is simply an espresso served in small amounts and is also the most common type of coffee ordered in Spain. It tastes bitter, thick, and has a deep flavor.

If you find Café Solo to be too strong, you can try Café Americano, which is espresso with water added to tone down the bitterness.

This is another espresso-based drink, but this time with steamed milk which results in reduced acidity in your coffee. For every 60 ml of coffee, you simply add 80 ml of milk. If you have a sweet tooth, you can also add some sugar.

Now, this variation takes milk one step further. This drink is mostly comprised of milk with very little coffee added.

However, if you’re visiting Spain, you should first check what the local coffee custom is, as the meaning of Manchado can vary per region. In some places, Manchado is coffee with a little milk only.

In this case, you should order leche manchada to get that minimal coffee flavor.

This drink also has milk, but this time it’s scalded by a steaming wand. It’s perfect to pair with sweet merienda treats like cookies and shortbread.

For this recipe, you just need equal parts 1 oz 30 ml of espresso and whole milk.

Café Bombon is made by slowly pouring condensed milk over an espresso. It’s such a visual delight because you can actually see the milk and coffee separating into two think bands.

This is basically the Spanish equivalent of iced coffee. They will serve you ‘normal coffee‘ and a separate glass filled with ice, and you should then pour your coffee over the ice.

Barraquito is a multi-layered coffee that consists of espresso, frothed milk, condensed milk, and a touch of Licor 43 or Tia maria. Because of its sweetness, this drink is usually served after the meal.

How to Order Coffee in Spanish

In Spain, coffee orders can vary from city to city.

I’ve compiled a cheat sheet of all the different coffee orders you can make in Spanish.

Spain, in particular, is not only rich in history but also coffee.

Spanish coffee can give you a crash course on Spanish culture. Aside from the showstopping flames, there are so many other Spanish coffee drinks that can wow you.

These drinks can be consumed no matter the time of the day, and are often the perfect pair for all the delicious food the country can offer.

However, it’s important to note that coffee orders differ across Spain, so take a little bit of time to get to know the area and the coffee order customs.

All-in-all, Spanish coffee is a good way for you to know more about their culture.

So, whether you’re planning your next trip to Spain or simply looking for a gift online, the extensive flavor profiles of Spanish coffee will keep you coming back for more!