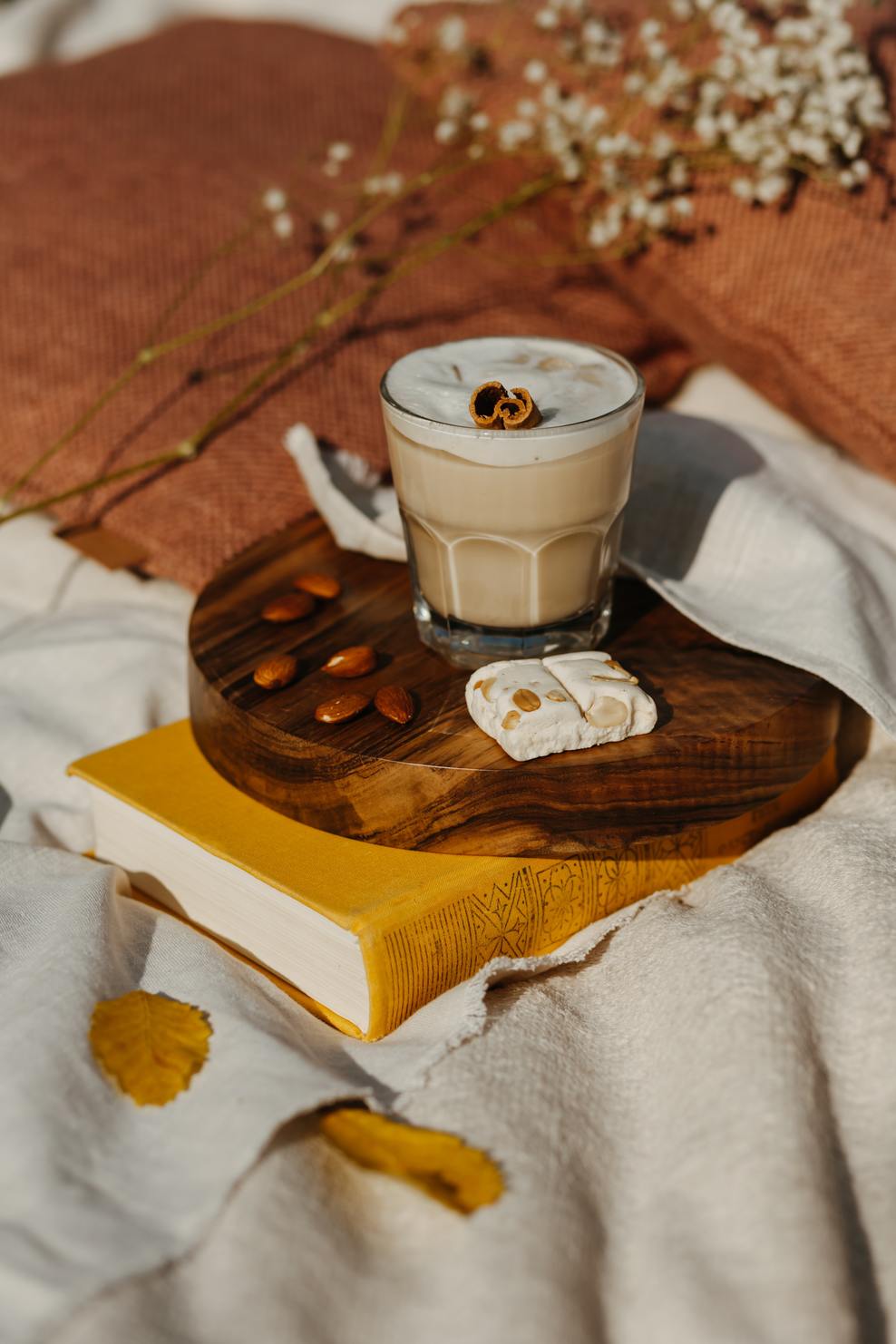 Short Answer: A rooibos latte is a silky smooth, comforting, warm beverage made from rooibos tea and milk, ideal for those times when you want to sip on a rich, caffeine-free drink that’s also packed with wonderful health benefits.

If you’ve never heard of rooibos, don’t worry because this article will explain what it is, how it can benefit your health, and how you can make a rooibos latte at home.

So let’s get started!

Rooibos is a type of herb that originated in South Africa. Rooibos is more of a herbal tea or tisane, pronounced as ROY-BOSS, and literally means “red bush.”

It has a reddish-brown color and has no caffeine content, making it an excellent evening drink. It contains very little tannin, so no matter how long you steep it, it will not become bitter.

You can drink plain rooibos steeped in hot water, or you can add milk and sugar to your preference. Many people enjoy making rooibos lattes with vanilla extract and cinnamon to make them extra tasty.

There’s limited research about the effects of rooibos. However, based on existing studies, it has the following health benefits:

Rooibos is naturally caffeine-free, which makes it a good option for children, pregnant women, and those who have caffeine sensitivity.

While caffeine may have some health benefits as well, it’s not safe to be consumed by everyone as excessive intake may cause anxiety, interfere with sleep, heart palpitations, and jitteriness.

Caffeine is a major ingredient in coffee and tea. Rooibos tea can be an alternative for people who enjoy warm drinks but want to limit or avoid caffeine consumption.

If you want to know more about caffeine, I have an in-depth article you can check out right here.

It supposedly interferes with the body’s absorption of iron from plant-based foods.

However, a 2013 study found that drinking 6 cups of rooibos tea daily for 6 weeks had no adverse effects on the participants’ iron levels.

However, consuming 6 cups of rooibos tea every day for 6 weeks had no adverse consequences on the iron levels of volunteers in a 2013 research.

Rooibos contains antioxidants that are beneficial to human health because they prevent free radicals from damaging our cells. Aspalathin and quercetin are 2 of the most notable antioxidants found in tea.

A study conducted on mice that were made to drink rooibos tea concluded that it can improve the liver’s overall health.

Multiple research has revealed that drinking rooibos tea raises antioxidant levels in the body. However, the effects are moderate and quick.

Because antioxidants are necessary for a healthy heart, rooibos is thought to have cardiovascular benefits. This herb is also thought to keep your cholesterol levels in check.

In a 2011 study, 40 volunteers with a high risk of cardiovascular disease consumed 6 cups of rooibos tea every day for 6 weeks.

Rooibos may benefit diabetics by lowering the risk of complications by keeping blood sugar levels under control.

A study revealed that aspalathin, an antioxidant found in rooibos tea, has anti-diabetic properties.

For diabetics, aspalathin may help reduce the risk of atherosclerosis and vascular inflammation. Both of these are risk factors for heart disease, and diabetics are 2-4 times more likely to die from heart disease than non-diabetics, according to the American Heart Association (AHA).

Because it’s calorie-free, rooibos tea is a wonderful drink for individuals who want to lose or maintain a healthy weight.

According to the findings of a 2014 study, rooibos tea may enhance leptin levels, which aids with weight management. Leptin is a hormone that regulates our food intake and alerts the body when we’ve had enough.

The tea was also found to promote faster fat metabolism and inhibit the formation of new fat cells.

If you apply rooibos herbs to your skin on a daily basis, it may improve its appearance by minimizing wrinkles.

In a 2010 study, researchers analyzed different cosmetic blends made from herbal extracts in a gel base. The extracts are made up of soybean, ginkgo, and rooibos tea.

While ginkgo was the best for hydrating the skin, the researchers discovered that a rooibos tea blend was the most effective at reducing wrinkles.

The table below highlights why you should or shouldn’t drink rooibos.

Is rooibos good with milk?

Rooibos tea is the most common beverage made from the fermented leaves of the rooibos shrub. And as mentioned a while ago, it’s reddish in color and is regarded as one of the healthiest tisanes or herbal teas to consume if you are unable to drink caffeine-containing teas such as black or green tea.

Adding milk to tea makes it silkier and smoother in texture. When rooibos tea is combined with milk, it becomes a rooibos latte. I’ll walk you through the steps below to make it.

How to make a rooibos latte?

Making a rooibos latte isn’t very hard. Just make sure to follow the steps right here and watch the video too.

How to make it:

If you have a milk frother, you can also froth your milk to make some foam or use a French press to incorporate some air into your milk.

You can also add some ground cinnamon to garnish your rooibos latte.

Watch the video below to see the steps involved in making a rooibos latte.

A rooibos latte is a beverage known for its naturally caffeine-free benefits and high levels of antioxidants that promote liver and heart health.

It’s not only soothing and stress-reducing, but it’s also very effective in strengthening your immune system and battling free radicals in the body, which can cause heart disease, premature aging, and even cancer.

Rooibos tea is also a fantastic substitute for black or green tea, especially if you want to avoid caffeine or tannins.

However, there’s little research into the benefits of rooibos tea.

While the effect of rooibos tea on human health is not that defined, most individuals can drink it without worry. Any health advantages are a plus.

Continue Reading
link to Is Bulletproof Coffee Bad For You? (The Truth)

Bulletproof coffee is an emerging diet trend that's gaining popularity among low-carb and keto followers. It's a heavy drink made of coffee, butter, and oil that can be drunk as a breakfast...