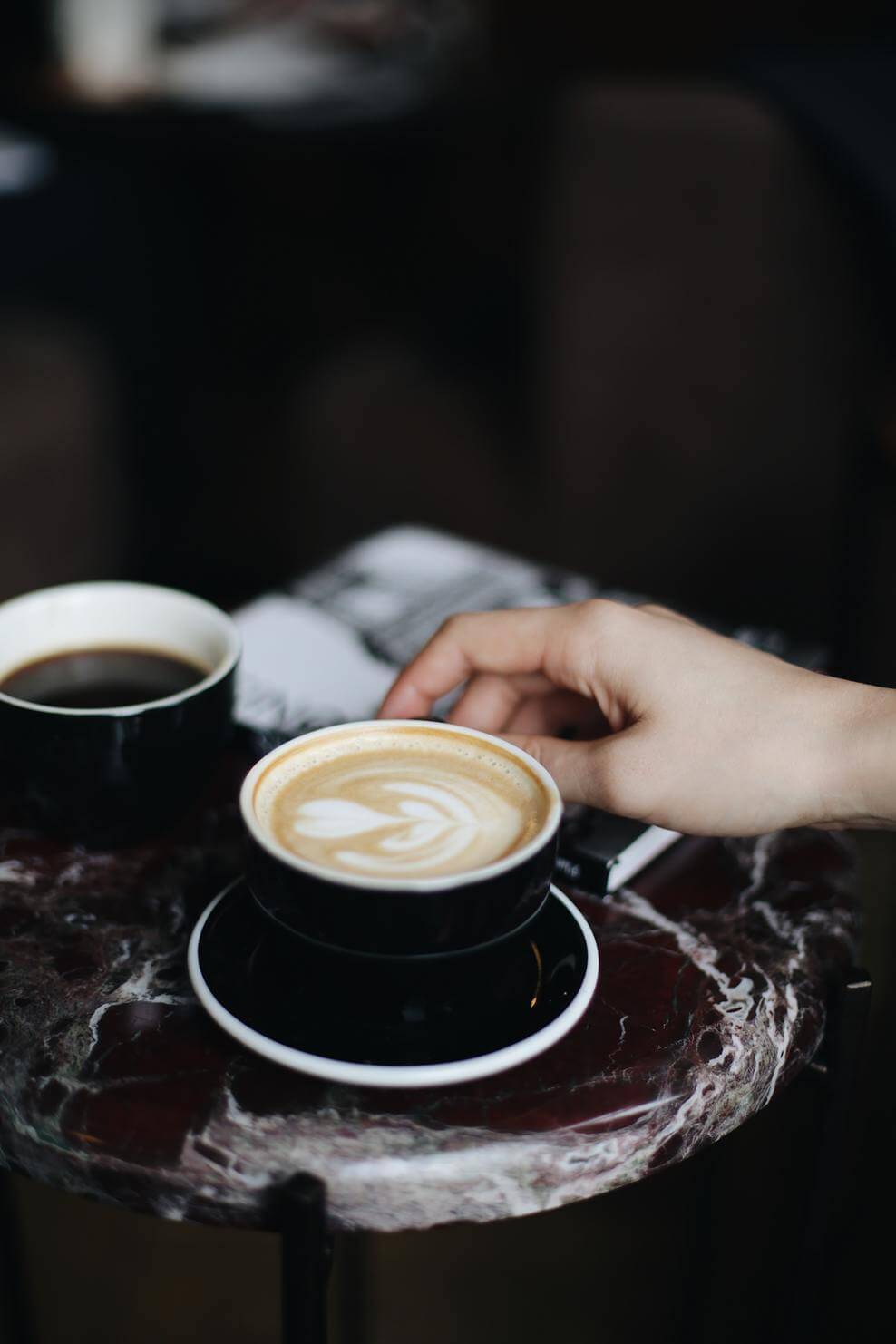 Coffee is an amazing drink! And for the love of coffee, aficionados experiment with it passionately to come up with blends and flavors to indulge one’s palate.

Long black and latte are two amazing variants of espresso-based coffee prepared differently but loved similarly throughout the world.

A long black, as its name indicates, is made without milk. If you want to enjoy a lighter specialty espresso roast, go for a long black.

It’s prepared with some extra water which lets the flavors open up a bit, adding up its serving size at the same time.

Not only do you get to enjoy the fuller mouth feel of espresso but also the chance to linger over your favorite drink a bit longer.

A latte is no less popular. The highly customizable beverage is loved worldwide for its subtle coffee taste and creamy flavoring that makes it a universally cherished coffee variant.

A latte is an excellent option for those who don’t want anything super strong. Though it contains espresso, which itself is very robust and strong in caffeine content, the amount of milk added to the drink dilutes the intensity of the caffeine in the coffee.

Before diving deep into comparing both the drinks, let’s first know each in detail.

What is long black coffee?

A long black is an espresso-based drink more commonly favored in Australia and New Zealand.

Though it seems similar to an Americano, the aroma and taste of long black are comparatively much stronger.

A long black is generally enjoyed plain and without milk. The ingredients simply consist of espresso and hot water.

The uniqueness of this drink lies in its preparation. While many of the espresso-based drinks, including Americano, is made by pouring hot water over espresso, the opposite is done to make a long black.

When a long black is made by pouring a double-shot of espresso over hot water, it retains more crema and a more pronounced flavor.

The added water during the preparation allows the coffee flavor to open. It also accentuates the quality of the coffee bean and roast profile.

However, it’s equally important to choose good-quality coffee to experience the perfection you desire in your cup.

For an in-depth read on long black coffee, you can check out my post on this.

What is a latte?

Latte is one of the most popular types of specialty coffee drinks. Latte is the Italian word for “milk,” which seems accurate as milk is a pillar ingredient in the preparation of latte.

The word Latte is a shortened version of the Italian word caffé latte, which means “milk coffee.”

1/3 of the latte usually consists of a single or double shot of espresso. The remaining 2/3 of the drink is steamed milk with a small layer of frothed milk at the top.

The blending of these factors results in a perfectly balanced milky coffee with an aesthetically appealing look and an irresistible texture.

Since people have been combining coffee and milk for centuries, the origins of the latte aren’t very clear.

However, the silky beverage that we admire today is assumed to originate in America, reaching the peak of its popularity in Seattle during the 80s.

Which has more caffeine?

Long black coffee has more caffeine than a latte. With around 154 mg of caffeine, it beats the average caffeine content of a latte, which is about 128 mg.

The amount of caffeine in coffee varies depending on how it’s made, the type of beans, and how strong it is.

Espresso coffee tends to be stronger than instant coffee.

A long black generally contains around twice as much caffeine when compared to regular brewed coffee.

A latte is just steamed milk and at least 1 shot of espresso.

It contains about 128 milligrams of caffeine on average.

The exact amount can vary depending on whether it’s a single-shot, double-shot, or triple-shot latte, and also what type of beans are used to make the espresso.

Cafes usually use a double shot of espresso in a large cup containing 16 fl oz latte while smaller sizes may only have 1 shot for a total of 77 mg of caffeine.

Though caffeine can help in enhancing your focus and keeping you alert, it’s important to watch your intake and keep it up to 400 mg in a day.

As I always remind here, too much caffeine can have adverse effects on your health such as:

Which one is healthier?

Though both variants contain the health advantages of coffee, the add ons in each determine which one is more beneficial.

A long black tends to be a healthier option because it’s rich in antioxidants and lower in calories.

The antioxidants in long black coffee can fight against cell damage and reduce the risk of serious health conditions like heart diseases and cancer. It also contains high levels of Vitamin B2.

At 4 calories per serving, without any milk and sugar, one or two cups of long black will keep both your diet and love of coffee satisfied.

A latte can contribute to unwanted weight gain because of the milk and sugar added to it.

It contains comparatively more carbohydrates and calories than long black coffee with 6 grams of fat and 160 calories for a full cream version. For the skim milk version, it contains almost no fat and 100 calories.

Refer to the following table for a nutritional comparison between long black and latte.

Watch the video to know which one is healthier.

How do they differ in preparation?

A long black is prepared by pouring a double shot of espresso over 100 to 120ml of hot water from the espresso machine.

A latte is basically milk coffee – made up of 1 to 2 shots of espresso, plenty of steamed milk, and topped finally with a thin layer of frothed milk.

How do they differ in taste?

A long black coffee has a similar taste and flavor profile to our well-loved Americano but it tends to be slightly stronger because of the espresso at the top.

It also has a different taste because the water is simply poured after the espresso and the two layers aren’t mixed up well.

To know more about the differences between long black and Americano, check out my post right here.

A latte is more subtle in flavor and tastes more like a milky coffee compared to other similar drinks like the Cappuccino.

It’s generally sweet and gives you a luxurious mouthfeel due to the steamed milk, which coats the inside of your mouth.

Long black and latte are two amazing variants of espresso-based coffees, prepared differently but loved just the same throughout the world.

A long black is made without milk – by pouring a double shot of espresso over 100 to 120ml of hot water from the espresso machine.

A latte is made up of one or two shots of espresso, lots of steamed milk, and a final, thin layer of frothed milk on top.

The taste of long black is strong and a bit on the bitter side whereas a latte is a milky coffee with a sweet taste and a luxurious mouthfeel.

Among the two drinks, long black is considered to be healthier because it’s rich in antioxidants and low in calories.

A latte can contribute to unwanted weight gain because of the milk and sugar added to it.

The caffeine level is higher in long black coffee than in latte. While a 290 ml serving of long black has 293 mg of caffeine, a similar serving of latte contains about 110 mg of it.

Both coffee variants are amazing and worth trying. Use your taste buds to lead you on your calling – long black or latte.