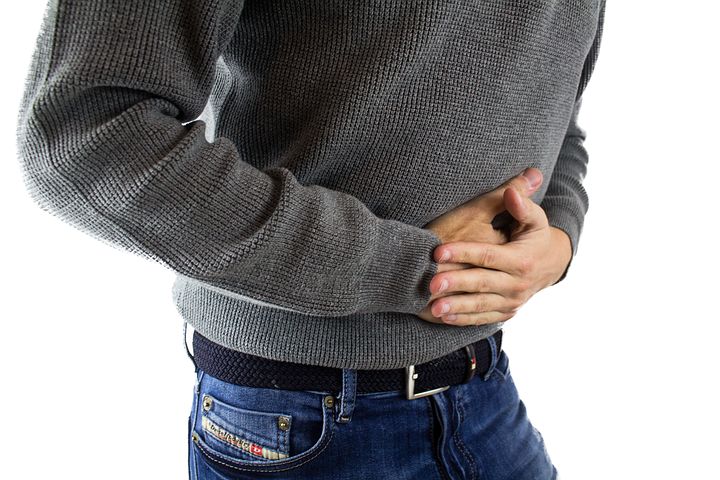 Quick Answer: Coffee may or may not be the cause of your upset stomach.

For most people, the first thing to do after waking up in the morning is to make that perfect cup of coffee to jumpstart the day.

I must admit the enthralling fragrance and taste of good-quality coffee make everything better. It’s not just the caffeine stimulation but also the general sense of warmth coffee provides that makes it a fine beverage.

This is why it can be disappointing if some coffee lovers find that drinking coffee gives them stomach aches.

In this article, I am going to explore, in detail, why some coffee drinkers experience discomfort in their digestive tract after drinking such a beverage.

Is Coffee the Only Source of Stomach Aches?

To begin with, let’s keep in mind that it may not even be coffee itself that is causing the stomachache.

Like a lot of consumers, I like to add sweeteners and cream to my cup of coffee to enhance its flavor. These additives may be the source of stomach upset for some people.

As a matter of fact, 75% of people worldwide suffer from some kind of lactose intolerance which causes symptoms like bloating and abdominal cramps.

People who have lactose intolerance are more prone to stomach upsets because they cannot digest the main carbohydrate in dairy products that are consumed with coffee.

Using lactose-free alternatives such as soy or oat milk can be effective in preventing these symptoms.

Soy milk is gaining popularity as plant-based milk, and oat milk offers a creamy flavor and texture that blends smoothly to compliment your coffee.

Now, let’s move on to a different cause of stomach aches: caffeine intolerance.

What is Caffeine Intolerance?

Caffeine intolerance can develop in people due to factors such as age, gender, genetic make-up, and so on. The degree of sensitivity depends on the individuals and may also vary over a period of time.

Caffeine is a natural stimulant that is present in coffee, tea, sodas, and chocolate. Specifically, coffee has become so ingrained in our daily routine that most people do not think twice about how much it is consumed.

According to the National Coffee Association survey statistics, Americans are consuming more coffee than ever before.

In 2018, 64 % of American adults are reported consuming a cup of coffee the day before attending to a poll of around 3,000 people. This is an increase from 62% in 2017 and these figures do not include caffeine obtained from other sources.

What are the Symptoms of Caffeine Intolerance?

Aside from stomach upset, I have listed down the other symptoms of caffeine intolerance below:

If you experience any of the symptoms above, slowly cut down the caffeine from your diet.

And if any of the symptoms worsen, seek medical help right away!

For most people suffering from stomachaches after drinking coffee, the problem lies with their sensitivity to caffeine.

Caffeine is a natural stimulant that affects your gastrointestinal tract and causes gastrocolic reflex. It acts as a form of laxative which essentially means that caffeine stimulates your digestive tract.

The contraction of the muscles that transport food through the digestive system is referred to as motility, and caffeine acts as a catalyst for ingestion and causes bowel movements to work faster.

As a result, you may experience irritating sensations or abdominal cramping if caffeine is consumed at higher levels.

People with digestive disorders like Irritable Bowel Syndrome (IBS) are particularly sensitive to this and might want to consider cutting off coffee entirely.

However, consuming moderate amounts of coffee or having varieties that contain less caffeine might do the trick.

According to The Mayo Clinic, consuming up to 400 milligrams of coffee a day is safest for an average healthy adult.

I believe espresso and French roast contain less caffeine because they’re roasted longer which means that these coffee varieties can help minimize the harmful effects of caffeine.

Now, let’s move on to the other food sources of caffeine.

What are the Food Sources of Caffeine?

Caffeine may be present in varying amounts in a range of foods that you consume on a daily basis.

According to a review, below are some samples of popular beverages with various caffeine concentrations per milligram for 240 ml.

Why Does Coffee Hurt My Stomach But Soda Doesn’t?

As you can see from the table above, soft drinks and decaffeinated coffee contain significantly less caffeine, which is why some of you have stomach pains after drinking coffee but not after drinking other caffeinated beverages.

Some people may have stomach discomfort after drinking soda if they are extremely sensitive to caffeine, which causes acid reflux and damages the stomach lining, but for the majority of folks, this is not an issue.

People who consume greater caffeinated beverages, on the other hand, are prone to experiencing heightened effects.

What Effects Do Coffee Acids Have On My Stomach?

Coffee includes chlorogenic acid and N-alkanoyl-5-hydroxytryptamine, among other acids, which cause stomach acid production.

The acidic components of coffee may cause your stomach lining to irritate and produce too much gastric acid. As a result, you may experience belching, bloating, and a general feeling of unease in your stomach.

Although calcium-containing items like milk help in acid neutralization, the ideal method to enjoy coffee does not rely on neutralizing existing acids.

When milk is added to coffee, numerous milk proteins attach to the chlorogenic acids. Because chlorogenic acid is bound by a protein, it will not accomplish its job of increasing stomach acid because it is less accessible.

You may also minimize acidity by adjusting the kind of roast, brewing technique, or picking beans that are naturally lower in acids.

I would suggest opting for a darker and smaller roast of coffee beans to lower acidic consumption in coffee.

According to a study, coffee beans that were roasted for longer periods at higher temperatures were less acidic, implying that darker roasts are less acidic than lighter roasts.

As a result, coffee brewed from bigger grounds may have lower acidity.

Yes, drinking coffee every day can result in stomach problems.

It is especially crucial to consume coffee in safe proportions since drinking too much coffee daily can not only create stomach problems but also result in other side effects.

Keep in mind the recommended intake per day is at 400 mg and exceeding the limit will lead to nasty side effects and discomfort.

Is it Okay to Consume Coffee on an Empty Stomach?

Some argue that drinking coffee on an empty stomach is harmful to your health.

Although I could not find any conclusive research to base this, there are those who believe that drinking coffee on an empty stomach may create a damage to the stomach lining leading to acidity.

So, if you’re getting stomach pains after drinking coffee but only when you have not eaten anything else, it’s a good idea to eat something first.

Here are other helpful tips and information to minimize the effects of coffee on your digestive tract.

Caffeine acts as a diuretic which means caffeine causes your body to lose water which can lead to dehydration.

Although for most, caffeine has a laxative effect, others may suffer constipation due to the lack of fluids that facilitate bowel movements. Drinking a sufficient amount of water is likely to be beneficial in this regard.

Another way to minimize stomach upset is to switch to decaf coffee. It is a sure way to reduce caffeine intake without giving up coffee entirely. Switching to decaf is also suitable for those with higher caffeine sensitivity.

You can also try cold-brewed coffee to help with the stomach issues that coffee might induce.

To sum up, coffee contains a variety of compounds, mainly varying levels of caffeine and acids, that can cause stomach upset.

However, individual sensitivity levels determine the effect. Some people can drink coffee without experiencing any negative effects on their stomach, while others may only need to adjust their consumption level.

Caffeine is not harmful as some people may choose to believe. In fact, numerous studies show that if taken in moderation, it may have significant advantages in terms of improving physical performance and brain function.

Coffee has become such an integral part of adult life that it is tough to give it up if you are an avid coffee enthusiast.

There are few alternatives to its exceptional taste and scent, and giving up coffee due to stomach issues might be quite frustrating. However, making these changes might help you continue enjoying this beverage daily.

But you don’t have to totally give up coffee because there are many other options such as making the switch to decaf coffee!

link to What is Chicory Coffee? (Explored)

Continue Reading
link to Is Coffee a Drug? (Facts to Know)

Short Explanation: Coffee is not a drug but the main component called caffeine is a drug. Caffeine is considered to be the world's most popular go-to source of refreshment. It has become a...