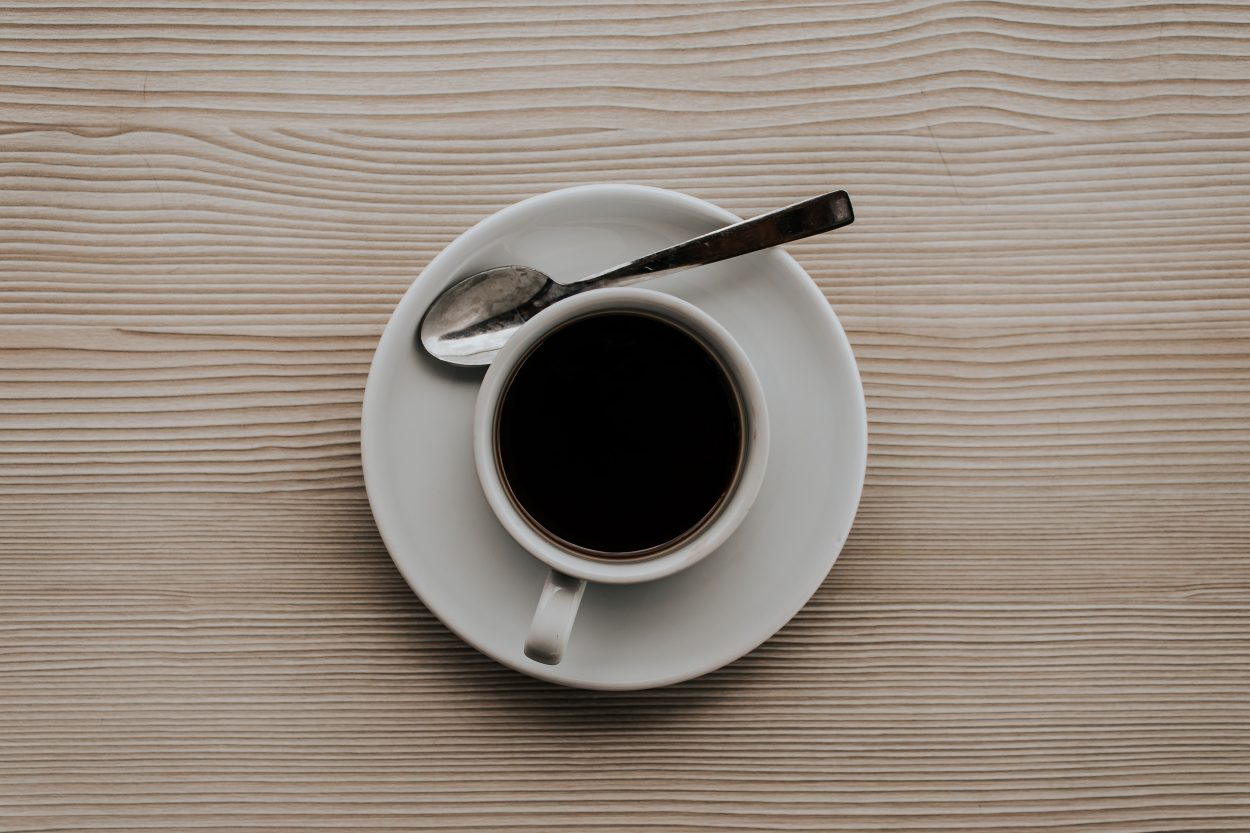 Unfortunately, coffee is not listed as one of the beverages the early humans consumed.

However, there are some exceptions to the rules and you can modify your coffee to make it acceptable as a paleo beverage.

On the other hand, paleo gurus believe that if you want to achieve the most out of the paleo diet, excluding coffee is just the right decision.

Since caffeine does not comply with a paleo diet’s strict rules and guidelines, much of the coffee and the elements that go with it are not a part of the diet plan.

So, here’s what I’ve found after investigating whether or not coffee is paleo.

What is a Paleo Diet?

Paleo diet is a very conservative source of meal plan that follows primitive guidelines of processing and preparing meals.

The very incentive of the paleo diet is to cater nutrients in the way of the stone age when people would hunt and gather food to provide for themselves.

The paleo diet is, in fact, very restrictive with foodstuffs because of its limited choices of food that you can include in your daily meal.

The paleo diet is followed with the intention of pursuing a palaeolithic lifestyle, which is a caveman diet.

Most people believe that the theory of the palaeolithic diet is that our body hasn’t changed as to what it was 2.5 million years ago. In that sense, our bodies are designed to consume what the stone age people ate.

What Can You Eat and Drink on Paleo?

In a paleo diet, one has to give up the staple foodstuff, including bread and grains. So the diet isn’t as simple as it may sound.

Here are foodstuff to avoid on a paleo diet:

What can be consumed in a paleo diet:

Can You Drink Almond Milk on Paleo?

Yes, you can have almond milk while on a paleo diet.

Dairy is a restriction in a paleo diet.

Needless to say, a lot of people cannot start their day if they do not have their morning coffee and tea.

Coffee is allowed on a paleo diet to certain extents, and many people choose to have it with milk.

Since nuts are allowed on a paleo diet, almond milk is a good alternative to cow milk being a non-dairy.

Milk substitutes such as cashew and coconut are also much perceived as non-dairy. A lot of people can make their drinks with almond milk when on a strict-dairy paleo diet.

One of the proponents of a paleo diet is a protein-enriched foodstuff that provides maximum energy.

Bulletproof coffee is made with MCT, butter and other fat enriched additives and is a suitable beverage on a paleo diet.

Take a look at this table to view the brief summary of bulletproof coffee’s components and their daily value.

Butter has been perceived as non-paleo simply because it’s made from cow milk. However, butter is very low in milk protein and not an official dairy element, which is why in a lot of paleo communities, butter is still consumed in a regular diet.

If you don’t like the idea of coffee and are sensitive to caffeine, you can try decaf with the fat components that fit your taste.

How Many Times a Day Can I drink Bulletproof Coffee?

Bulletproof coffee and its consumption on a paleo diet depend on the bio-individual requirement. The amount of coffee recommended, especially if it’s bulletproof, is twice a day.

Are you one of those who aren’t into waking up early and making breakfast for themselves, or simply do not like the idea of breakfast, to begin with?

Since bulletproof coffee is rather a fulfilling beverage, you may only prefer to have it replaced for breakfast.

Why is Coffee Not Allowed on Paleo?

The phrase “allowed” for coffee in a paleo diet may be a bit rich. Many people who follow the palaeolithic diet drink coffee for the convenience of knowing that coffee can be a great addition to the diet to keep up high levels of energy.

The paleolithic diet is a diet that comes with few options to choose from. If one wants to include coffee, they would probably go for black.

Coffee with dairies such as cow milk and whole milk, in general, is not consumed as the dietary guidelines restrict one to drink milk sourced from grass-fed animals.

As such, coffee can be ideally included in a paleo diet if one chooses the alternative form of elements restricted in the diet from its inception.

Can You Drink Coke Zero on Paleo?

Diet soda or coke zero is not considered paleo. Coke zero is a processed beverage that is highly non-permissible in a paleo diet.

Yes, anything that says “processed” isn’t helpful, let alone aligned with a paleo diet. Coke zero or diet soda is made up of carbonated water and artificial sweeteners.

The artificial colors of the beverage are made by heating dextrose, fructose, and other kinds of sugars and it also contains a limited amount of caffeine.

You could say diet soda falls under anything but paleo. This is why you can’t consider such a beverage paleo-friendly.

What Can I Put in my Coffee on a Paleo Diet?

There are several ways to make your coffee to make it a little bit paleo-friendly!

Whether you like your coffee cold or creamy, the plethora of options you can explore to your convenience can make a significant impact on your paleo diet.

Here’s what to put in your coffee to make it paleo-friendly:

How Do You Sweeten Coffee on Paleo?

So you like your coffee sweet but don’t know what could be the safest option of sweetener while on a paleo diet?

Well, maple syrup and honey are just as great of an alternative option to replace refined sugar. If you like your coffee with just as minimal sweetness, stevia can work just as great!

If you like your coffee, fancy sweet, agave sweetener can vouch for you just about right!

Is Coffee Allowed in Autoimmune Paleo?

For people having an autoimmune disease, it is more than just essential to maintain a stable sleep pattern.

So no, coffee is not a very good idea for people with autoimmune paleo.

However, if coffee is something that you can’t live without, you can include decaf into your daily paleo diet.

You definitely won’t want a beverage to disrupt your gut or even your sleep.

Coffee causes hydrochloric acid in the stomach, which, if taken in an autoimmune condition, the body will not have the ability to reduce the additional acid.

The lack of acid reduction can ultimately lead to poor absorption and protein digestion which may turn detrimental in the long term.

The paleo diet gives off great results, with the inclusion of various foodstuffs and limiting to those which are in general not so healthy. The sustainability of the paleo diet is rather intensive!

Paleo diet is healthy in the sense that it helps you take lean meats, various root-based, and leafy vegetables, and mostly create a system within your body to avoid processed food, including the ones that contain artificial components.

Although the paleo diet promotes all things fresh and right off the produce, research shows that there may be a question of its credibility to health maintenance in the very long term.

It totally depends on the approach and how you can endure it as the paleo diet is meat-based than any other diet.

High consumption of animal protein may lead to forming saturated fats and cholesterol in the body. Fiber, which is incredibly essential for the body, is not fulfilled by heavy protein consumption.

A regular diet comes with diverse food substances that include carbs, protein, fat, vitamins, and minerals- which are the standard for driving nutritional benefits to the body.

Hence, a paleo diet may be great for a short-term procedure of weight loss but may not be the very best option in the long term.

Should I Try Coffee on Paleo?

Absolutely! You can make your very own cup of coffee according to the dietary plan based on the paleo guidelines.

Even when you don’t have the luxury of getting flavored lattes and cappuccinos, you still pretty much do when you can substitute all the ingredients with paleo-friendly alternatives!

Black coffee, bulletproof coffee, or decaf are good options as long as it ticks the paleo nutrition guidelines.

Watch this video to find out how to make paleo coffee!

Final Words on Is Coffee Paleo

The Paleo diet is indeed a very challenging yet fulfilling and nourishing diet.

Coffee may not be paleo but you can modify the beverage to make it acceptable on the paleo diet. Also, keep in mind the safe additives to use on your coffee to ensure it’s within the paleo nutrition guidelines.

While there are so many forms of food habits popping up every now and then, paleo has the upper hand with regard to nourishment and aptness.

Of course, there are disadvantages linked to this kind of diet such as it may not be ideal for the short term due to its limited food choices.

The good thing about coffee is you can make it in different styles tailored to any food diet that you are currently following.

So, if you want to try the paleo diet, by all means, go for it!

Quick Answer: Coffee is acidic! In fact, there are nine major acids that contribute to the unique flavor of coffee which are released during the brewing process. And these are the major acids...