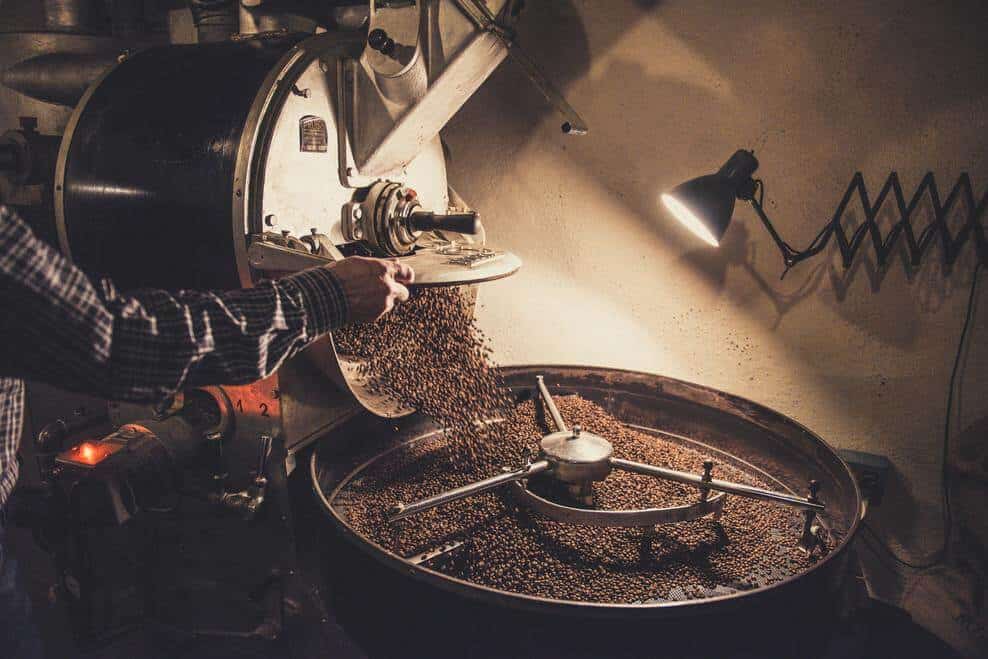 Coffee has become a revolution in the cultural aspect of beverages since the coffee culture has been significantly affecting the love and dependency on the drink even in today’s generation.

More than two million cups of coffee are being prepared and consumed each day, making it the world’s second most traded commodity.

The insanely popular drink tends to gift people with numerous health benefits and works as a magic potion in enhancing productivity.

But what about allergies? Is coffee high in histamine?

Coffee beans usually do not contain significant amounts of histamine. But the levels can vary according to how the beans are processed. In some cases, it can be harmful to those with histamine intolerance since it can block the breakdown of histamine.

Read on to know more about how coffee can affect histamine intolerance and its possible side effects.

Histamine is a neurotransmitter that triggers an inflammatory response to attack infection and illness. It is also a compound of stomach acid.

Generally, histamine is present at moderate levels in your body and people may build up allergy symptoms if their body is unable to break it down fully.

In many cases, histamine can be released by white blood cells into the bloodstream and can result in an allergic reaction from pollen, mold, or certain food items.

Yes, coffee beans contain histamine but on a low level.

This might sound amazing for many regular drinkers like us that coffee beans are low in histamine.

The presence of the stimulant caffeine may prevent your body from clearing out the release of histamines. And the overall drink may even increase the amount of histamines in your system!

When a person is sensitive to caffeine, the body may treat the stimulant as an invader and thus when coffee is consumed, the body produces the immunoglobin E antibody.

The cells get signals from the antibody to release histamine and work against caffeine which is mistaken as harmful.

This activity leads to itching, swelling, and hives in the body.

Also, this increase in histamine amplifies the effects of caffeine in your body which manifest in the musculoskeletal system of the body.

Caffeine also blocks the effects of diamine oxidase (DAO). DAO is an important histamine degrading agent and its blockage by caffeine restrains the cleaning up of histamines.

Can coffee cause histamine intolerance?

Coffee can’t be an agent for the occurrence of your histamine tolerance. But it surely, longer the time for your body to recover and continue your suffering.

Caffeine is the culprit here as it blocks DAO and prevents it from cleaning the histamines out of your system.

Due to the inactivity of DAO, it becomes difficult for the body to excrete excess histamine efficiently and thus various unwanted symptoms similar to allergic reactions are observed.

Symptoms of histamine intolerance include:

Simply put, coffee won’t cause histamine intolerance in a healthy body. But if you are already sensitive to histamine, the caffeine might trigger histamine reactions and exhibit allergic symptoms.

Learn more about histamine intolerance by giving this short video a quick watch!

Is coffee bad for histamine intolerance?

Coffee is not bad for histamine intolerance but the caffeine and the potential mold exposure can be.

You already know now that caffeine blocks the effects of diamine oxidase. As a result, the amount of histamine increases in your body, and the excretion process takes a while.

People with Mast Cell Activation Syndrome already have a low tolerance to histamine and their body takes a longer period to detoxify. In its case, the presence of toxins in coffee may give the individual a hard time detoxing.

Some of the toxins found in coffee are:

Lastly, mold is also a matter of concern for people with histamine intolerance.

Coffee is generally grown in moist and warm climates. Several times unhealthy coffee beans may be collected and added in the fermentation process with other healthy beans.

This often leads to the occurrence of molds.

The yeast and bacteria residues often contaminate the next batches of fresh beans. This mold can also be a reason behind the rising histamine level in an individual’s body.

So, coffee may act as an agent to cause allergic symptoms due to the release of histamine in a person already having an intolerance to it.

How would you know if you are allergic to coffee?

International Coffee Organization (ICO) confirms in their statistics that about 1.4 billion cups of coffee are consumed worldwide per day, which is insanely huge.

Among the regular drinkers, a portion of the population may be intolerant towards the caffeine content and may respond to histamine inflammation.

Many times the allergic symptoms are overlooked and people do not get the correct idea about their autoimmune system.

If you are allergic to coffee look for the following symptoms since quick recovery will protect you from further inflammation:

Caffeine sensitivity is different from a coffee allergy.

Make sure to consult with your health care provider if you have noticed any of the above-mentioned symptoms after consuming coffee.

To avoid potential complications from histamine and caffeine intolerance, seek proper medical attention and have antihistamine supplements if needed.

Is coffee a natural antihistamine?

No, coffee is not an antihistamine.

Moreover, the caffeine in the beverage blocks the activity of diamine oxidase which is a useful histamine degrading agent.

So when the DAO level is low in your body, more histamine will be released and the inflammation levels will rise up.

In many cases, caffeine intolerance just might come from the simple fact of disliking the drink.

Though in the general sense, people with histamine intolerance tend to find coffee problematic. However, if you are not having any issue with the drink you do not need to worry about the histamine levels then.

Bear in mind the reason behind the intolerance might be another food source as well.

So, go through a proper cleansing process and supplement your mineral deficiencies. This might cure your allergies and you may feel better while drinking coffee.

The Link Between Histamine and Caffeine Addiction

People who are responsive to caffeine and histamine intolerances may experience an inflammatory reaction after consumption.

According to a study published by the American Journal of Physiology, caffeine causes a significant increase in glutamate release in the posterior hypothalamus (PH) and results in increased activity of wake-active histamine neurons.

Since coffee has a complex chemical composition of thousands of supplements, it is quite tough to pick the main driver of a histamine reaction.

But in a general view, too much caffeine is what triggers it. The release of histamine may be accompanied by several symptoms like rashes, cramps, or palpitations that are similar to the symptoms related to caffeine sensitivity.

Sensitivity to histamine differs from individual to individual and people having mast cell activation syndrome may release more histamine in general.

Histamine level significantly increases within 30 minutes of consumption as revealed by a study by National Center for Biotechnology Information.

The histamine from the consumption of coffee signals the brain for a tendency for more cups and drives your desire towards the caffeine addiction.

This is why once you start to drink coffee regularly, more and more cups will be desired to get the same effect.

The high histamine levels then enhance the activities of the caffeine and trigger the afterwards reaction.

Does decaffeinated coffee have less histamine?

From the above discussion you might conclude a point that since caffeine works as a triggering agent to the release of histamine, decaffeinated coffee will significantly have less effect on histamine levels.

And that is true since decaffeinated coffee has less to no caffeine which would block the function of DAO.

Nowadays there are several brands that are marketing decaffeinated coffee and a switch to a quality decaf may help you in dealing with histamine intolerance.

Can I drink coffee on a low histamine diet?

Yes, you can drink coffee on a low histamine diet. However, don’t add coffee to your diet until your system has fully recovered.

Reviews from various articles on the internet suggest that you should at least for a month or two after you have eliminated the coffee, add it back to your diet. This is because unless your system is fully recovered, all your good work will be undone with the caffeine.

The last point is important. Many people are sensitive to even a small amount of caffeine and their body reacts adversely to it.

So, if your body couldn’t handle the first few sips well enough, eliminate the consumption from your daily meals asap. Give it another few weeks and then try again.

If you can handle it well, then congrats! Look for a low histamine one and you are good to go.

I had numerous food intolerances since childhood and what I did was proper cleansing of my system and gave my body time to recover.

Remember, you might be intolerant or sensitive to not one but many of the food items. Finding out which is actually the real culprit might not be easy. So, pay attention to the symptoms your body is showing.

Generally, coffee is high in histamine.

A person who has histamine intolerance would react allergically to coffee since the histamine degrading agent in his/her body is being blocked.

Also, not all forms of intolerance or sensitivity is an indication of coffee allergy. It is true that the high caffeine concentration affects the hormone and enzyme levels in your body and may react tremendously to this sudden change.

It is always advised to seek medical attention and look for the symptoms closely.

I am not suggesting avoiding drinking coffee. Cofee is a quick energy fix for many of us. It is beneficial for blood circulation and better physical performance.

It is important to listen to how your body responds after a few sips of coffee. In many cases, the allergic reactions might be caused by other food products as well. Keep that in mind too!

Be cautious of what you are putting inside the body. Everybody is unique and people respond to caffeine differently.

For now, stop worrying and enjoy your drink unless you are having any troubling allergic reactions!