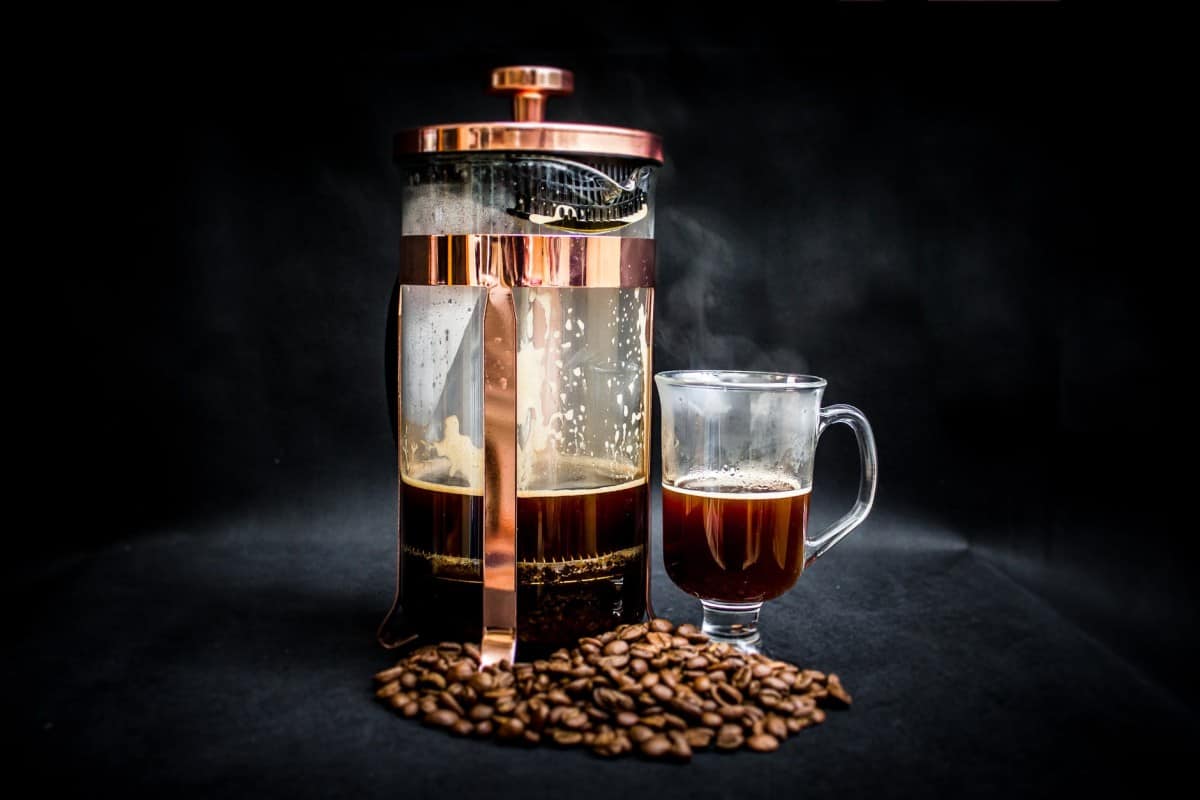 Short Answer: No, coffee is not haram!

The substances that coffee contains, do not fall under the certain forbidden foodstuffs directed in Islam.

The caffeine in coffee is not classed as an intoxicant which is why the beverage isn’t considered haram or sinful.

“Intoxicant” within this context means that consuming coffee will not cause drunkenness like the effect of beer, and euphoria as the effect of cocaine.

Although caffeine is a mild stimulant, it’s still permissible by Islam standards.

However, I’ve come across this BBC article citing that coffee was banned by jurists and scholars meeting in Mecca in 1511 because it was then considered haram.

The reason is that coffee was associated with sedition and revolution and that raised quite a debate over the next 13 years until the ban was lifted in 1524 by the Ottoman Turkish Sultan Selim I.

That’s quite an interesting intro, eh?

Well, there’s more on the table for you. So, off we go uncover it!

Haram is an Arabic term that means forbidden by Islamic law.

It refers to anything that is proscribed in the Qur’an or would result in a sin committed by a Muslim.

For example, cheating, stealing, and adultery are haram.

Haram is also applicable to certain food and beverages such as pork and alcohol which are forbidden in Islam and are considered haram.

Be careful in using this term though as it is also translated as “what a shame” or “what a pity” in some Arab-speaking countries.

If you’re a Muslim, you can drink any coffee you like but I strongly suggest using the healthiest possible additives just to be safe.

Read here to see my suggestions for healthy coffee sweeteners.

As previously mentioned, coffee isn’t haram and caffeine is not an intoxicant and that means you can enjoy your cuppa without breaking the Islamic laws.

However, you should drink your coffee responsibly by sticking to the recommend caffeine limit which is at 400 mg caffeine per day for most adults.

Exceeding the limit may put you at risk of developing caffeine OD with symptoms such as headaches, jitters, nausea, diarrhea, trouble sleeping, and many more.

But these side effects will vary from person to person depending on the tolerance.

In other words, even though coffee isn’t haram, you shouldn’t overindulge at all!

Is Coffee Mentioned in the Qur’an?

No, coffee was never mentioned in the Qur’an.

Therefore, many people assume that this beverage is halal or haram.

Since coffee does not contain properties that may cause drunkenness or euphoria, it’s lawful by Islamic standards.

In fact, coffee makes someone more active and alert which leads to better productivity and focus, and in return doing something good for himself.

Still, you should keep in mind that these lawful things can bring harm to your health if overused.

Is Coffee A Drug?

Coffee itself is not a drug, but its main component, caffeine is considered a drug.

Caffeine is, in fact, considered one of the world’s most used psychoactive drugs and is legal and unregulated in most parts of the world.

It stimulates the nervous system and affects your mood and cognition. It also gives a temporary energy boost which leads to better endurance and overall exercise performance.

On the other hand, it may also exacerbate anxiety and headaches when ingested in large quantities.

For a better view, read here to see my detailed analysis about “is coffee a drug.”

What Is Better For Muslims Tea or Coffee?

So when it comes down to choosing between tea or coffee, it always depends on one’s preference.

Tea leaves and coffee beans are produced naturally, which is why there are no certain restriction to consuming them since it is sourced from nature.

For that reason, both tea and coffee are popular staples for Muslims!

Read here to see the detailed comparison of tea and coffee.

Is All Coffee Halal?

Yes, most coffees in the market are relatively haram.

However, I suggest you check the packaging of your coffee to ensure that it is halal-certified.

If you see the halal-certified label, you can guarantee that the product passed the international standards in terms of preparation, handling, and packaging.

Also, you can rest assured that it is tailored to the Islamic dietary requirements for cleanliness, quality, and health standards.

Here are a few coffee brands that are halal-certified:

In my opinion, sugar is not haram as long as you use it responsibly.

In this case, sugar could be considered haram.

On the other hand, putting a bit of sugar on your coffee cup to sweeten it a little is perfectly fine and not haram.

Speaking of coffee sweeteners, I suggest you go for natural sweeteners such as honey, cocoa powder, agave nectar, and coconut sugar.

These are all healthy options and are safe to use based on Islamic standards.

Here’s a short clip detailing how bad sugar can be. Give it a watch!

History Of Coffee in Islam

Perhaps the most famous legend of coffee’s origin was during the 6th or 7th century when an Ethiopian goatherder named Kaldi discovered a peculiar fruit that causes energy boost.

Another legend says that drinking coffee was discovered in the mid-15th century in Yemen after Arab traders went to Ethiopia where coffee was used for medicinal purposes.

The Sufi monks drink coffee as a stimulant which helped them stay awake while meditating or praying.

As recounted in the World of Caffeine, the Sufi monks drank it every Monday and Friday. Their leader used to ladle it out in a small dipper and gave it to the members to drink while chanting their usual prayers.

And that’s how drinking coffee spread in Sufi monasteries, coffeehouses, and Islamic cities!

A lot has happened after this, I suggest you read further as there are series of fascinating historical info that awaits.

No, tea is not haram at all!

The most obvious reason why tea isn’t haram is that it is a non-alcoholic beverage.

Plus, there is no reference in the Qur’an pointing out tea being prohibited in Islam. (If there is, do let me know.)

Also, I’m pretty sure tea is haram. I have witnessed my Muslim friend chugging down at least 4 cups of tea a day.

Tea is popular in Islamic culture. In fact, the Turks drink at least nine cups of tea a day, followed by the Moroccans at five cups a day.

So, tea is definitely not haram!

What Food And Drinks Are Haram?

These are examples of food and drinks that are haram:

These staples are definitely a no-no in Islam and you should stay away from it!

Coffee is indeed not haram.

It has a stimulating effect but there is no conclusive evidence that it can result in euphoria or drunkenness.

Besides, there is no reference in the Holy Qur’an about coffee being haram.

My personal take is:

The right amount of coffee is beneficial to your health and can help you do better in your daily life.

Always remember that anything that is too much or abusive can be potentially considered haram.

And I think that probably means you should never overconsume coffee!

So, go on drink your coffee in moderation.

link to Weird Things People Put in Their Coffee (Surprising!)