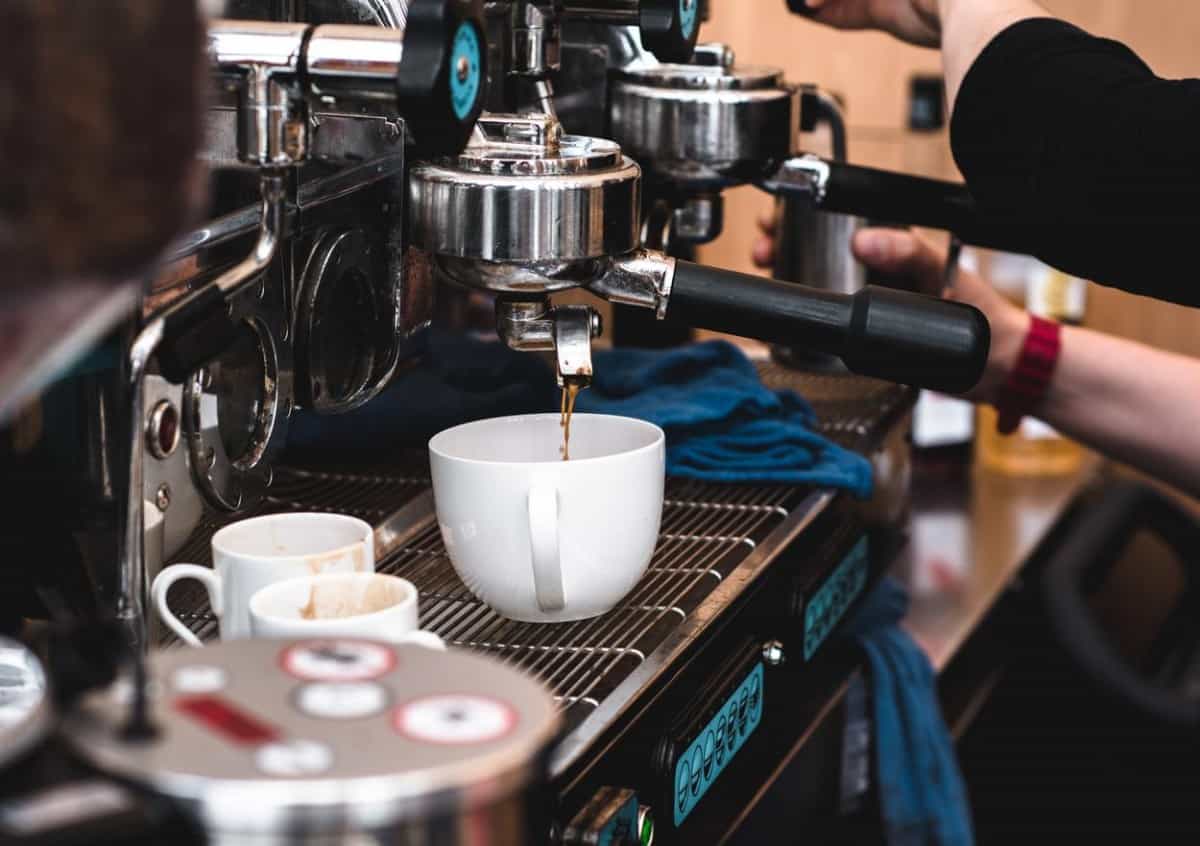 Short Explanation: Coffee is not a type of bean soup but a broth made from a seed.

I understand the confusion here.

The fact that coffee beans are always referred to as beans and not seeds is confusing in itself.

Plus, coffee being a “broth” is quite perplexing too because I always thought of broth as an unthickened liquid soup that can be consumed as a meal.

So, I’ll be explaining my take regarding this query in this article.

Now, off we start!

Is Coffee Technically a Soup?

Based on the definition, coffee can’t be considered a soup.

A soup is a liquid food that is usually sourced from poultry, meat, fish, and vegetables. This is just a technical definition and if you go further, you’ll probably arrive at a different conclusion of whether or not coffee is soup.

So, coffee is sourced from beans and beans are not vegetables but legumes.

With this, we can definitely say that coffee isn’t a soup because it’s not sourced from a vegetable.

Is Coffee Really a Bean?

Coffee beans are not really the actual beans.

Coffee plants are shrubs or bushes that produce small bright red cherry-like fruits known as coffee cherries. The seeds are extracted from those cherries which are then processed to make coffee.

The seeds are commonly roasted and can be then infused with water or milk to activate the soluble parts in order to get the “coffee flavor“.

So coffee is not made from beans but seeds!

Is Coffee a Bean or Legume?

Coffee is neither a bean nor a legume.

From broader aspects, “bean” is an edible kidney or oval-shaped seed that grows in long pods in some leguminous plants.

Legume includes the category of plants such as peas and peanuts and both of them grow inside a pod.

The thing is, coffee doesn’t grow in pods which means that it’s definitely not a legume.

Even from a botanical’s aspect, coffee plants are not from the Leguminosae family.

So it is clear that coffee is neither a bean nor a legume.

Coffee is made from the raw whole seeds and not the flesh itself, hence coffee cannot be referred to as bean juice.

However, you can make juice from the flesh of the coffee cherries. But coffee-cherry juice is a different form of drink that is derived from the same plant.

On a side note, you can’t really refer to coffee as vegetable juice either because it is not a true bean. I’d say coffee is an infusion of different nutrients sourced from coffee beans.

Can Coffee Beans Be Called Seeds?

Yes, coffee “beans” are actually a type of seed.

Coffee is made from a type of seed that is found in the coffee plant.

The “coffee seed” is taken from the purple or bright red fruits called coffee cherries. When you remove the outer skin of the coffee cherries, two seeds or pits can be found.

Those are the seeds that are dried and roasted to become coffee!

About 5% of the coffee cherries will give you one pit or a seed! They are actually rare and known as “peaberry.”

Difference Between Beans and Seed

Here’s a table showing the differences between beans and seeds.

The consistency of coffee and water is very different.

So coffee can’t exactly be referred to as bean water.

Coffee beans are roasted and brewed to get the extract the rich flavors.

Water, on the other hand, is taken from nature and is made with chemical molecules namely oxygen and hydrogen.

So coffee is rather a liquid food extracted from the seed of the coffee plants.

Can You Add Coffee to Soup?

In fact, there are various coffee recipes that involve adding them to a soup. I tried adding it to stew and the bitterness of coffee brings out a unique distinctive taste.

Adding coffee can help bring out the rich flavor in the soup. But keep in mind it is only applicable for some particular type of soup.

Check out this recipe to learn how to make coffee french onion soup!

Is Coffee Beans a Vegetable?

Coffee beans are specifically not a type of vegetable.

Beans are a part of legumes. Moreover as stated earlier, coffee “beans” are more accurately a type of seeds from coffee cherries.

Coffee cherries are a part of coffee plants that actually belongs to the Rubiaceae family of flowering plants.

So now your confusion about coffee being a vegetable is completely clarified!

Are Coffee Beans a Grain?

Coffee is definitely not a grain.

Grain crops are a part of cereal or legumes.

Coffee plants are a type of bush belonging to the Rubiaceae family that doesn’t include the characteristics of grain crops.

However, don’t let this confuse you with Grain Coffee.

As coffee can become quite addictive at one point, an alternative was introduced known as “Grain Coffee“. It is made from herbs, grains, vegetables, dried fruits, and other natural ingredients such as nuts and seeds.

Are The Effects of Coffee and Soup Similar?

No, the effects of coffee and soup are not similar.

One has the capability of fulfilling your stomach and one for the mind to run throughout the day.

So you could definitely say that coffee keeps you going, it makes you cozy and it boosts your energy too! While soup is something that can help you feel satiated.

In addition, coffee helps in quick digestion promoting peristalsis in the process.

Coffee isn’t as rich as soup with regard to viscosity and thickness. This is why the nutrient content of coffee cannot be put side to side with soup or broth.

How to Grind Coffee Beans

There are so many ways to grind your coffee beans.

Most people don’t directly buy coffee beans because they find it a little bit of a hassle to grind them.

But what if you did buy raw coffee beans instead of crushed ones? Well, there’s always a solution to such a crisis.

Give this video a quick watch to find out!

So, coffee is not just bean soup!

I’d say it is a broth made from a seed, to be exact! Also, coffee isn’t a bean or a legume either. And you can’t call it vegetable juice either because coffee beans do not belong to the vegetable family.

With this, I will conclude that coffee is an infusion of various natural components derived from a particular seed.

Coffee has a fascinating background and I think it’s worth digging deeper to its core to arrive at the best conclusion of whether or not coffee it is bean soup.

Coffee itself is versatile. You can come up with various tasty meals using it. I suggest you add it to your soup and other meals to experience the unique taste.

Check out this article outlining different recipes for ground coffee.

Now, off you go. Grab that cup of coffee!

Are you looking for the perfect vegan coffee creamer for your morning cuppa? It's not that hard to find, let me tell you that! In fact, my top favorites are coconut cloud non-dairy coffee creamer...

There is no better way to beat the summer heat than with a cool, refreshing, and creamy caffeinated drink. In fact, there are many kinds of blended iced coffee out there that can quench your thirst,...