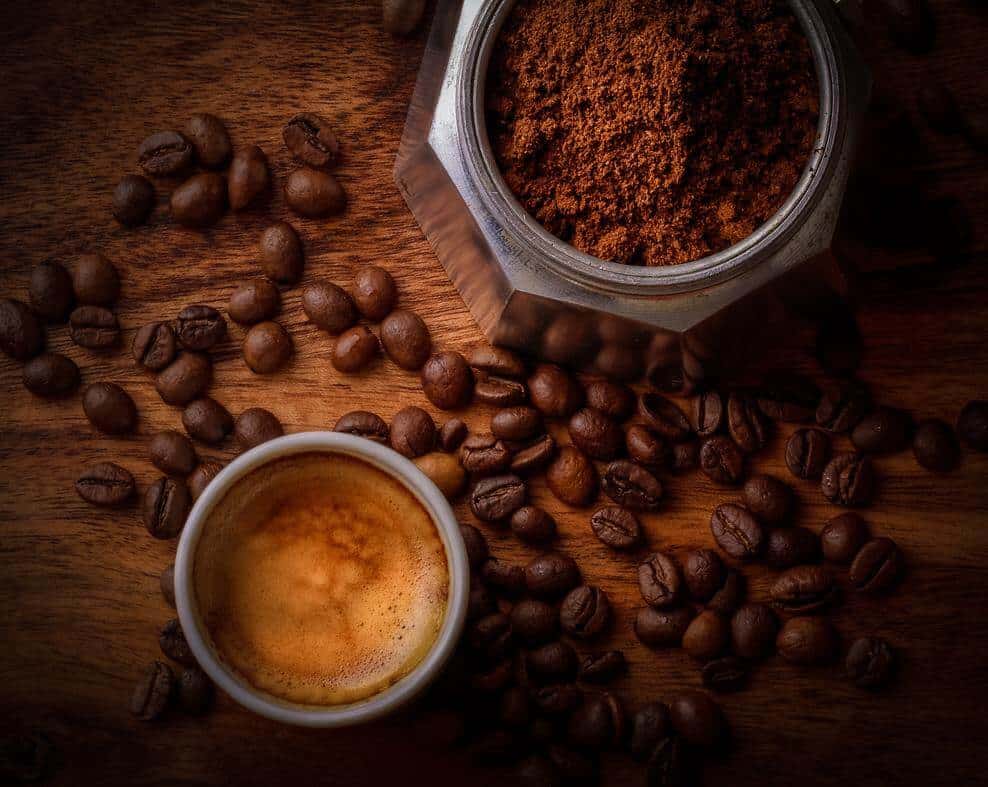 Short Explanation: Coffee is not a drug but the main component called caffeine is a drug.

Caffeine is considered to be the world’s most popular go-to source of refreshment.

It has become a daily habit for some to drink coffee daily, and others even go as far as staying grumpy the whole day without the coffee fix – almost as if they are experiencing withdrawal syndrome.

Why is this so? What is it in coffee that makes people seek it all the time?

In this article, I will be explaining whether coffee is really a drug or not and provide you with answers that might clear up your confusion.

So, let’s get started!

Is Coffee a Class C Drug?

It depends on the coffee brand.

For example, Valentus SlimROAST Optimum Dark Roast Coffee is said to contain a class C drug. This product is advertised as a diet coffee that can help with weight loss and weight management.

According to Medsafe, this particular coffee contains methylhexanamine (DMAA) and phenethylamine, which are considered class C controlled drugs. These two substances have amphetamine-like characteristics causing adverse reactions similar to agitation, and psychological and cardiovascular effects.

However, phenethylamine is considered a controlled drug that is also said to help with weight loss. While DMAA is a stimulant that is banned by many sports authorities and government agencies worldwide.

So, you better stay away from this particular type of coffee for safety.

Is Coffee a Stimulant?

Coffee itself is not a stimulant, but the caffeine in coffee is.

Caffeine in coffee increases the circulation of chemicals such as cortisol and adrenaline and also works as a mild stimulant to the central nervous system.

According to the Alcohol and Drug Foundation, stimulants are a class of drugs that increase the functionality of the body by vitalizing the pace of the activities performed.

Caffeine in coffee is a mild stimulant that is said to help improve cognition, in terms of boosting alertness, attention, and concentration.

Also, the stimulant effect of caffeine improves sleep patterns, depending on your sensitivity to the stimulant. There is also research that proves abstaining from caffeine for a day can help improve sleep quality.

Yes, it is absolutely safe to drink coffee in healthy amounts.

According to FDA, the recommended intake amount of caffeine for healthy adults is a maximum of 400 mg per day which equivalents to 4 or 5 cups of coffee.

Still, I strongly suggest talking to a medical expert before jumping to any recommended limit since caffeine tolerance differs from body to body.

However, overconsumption of the drink will lead to several adverse effects including:

Is Caffeine a Drug?

Caffeine is a drug, a psychoactive drug to be more exact!

A psychoactive drug is a substance that affects mental processes when taken. It belongs to the same category as nicotine and alcohol which are also psychoactive substances.

Also, psychoactive drugs are classified in terms of their common effects, likelihood to cause addiction, chemical structure, and potential for abuse.

In other words, caffeine affects how you feel and think – it speeds up your breathing, thoughts, and action.

Indeed, it hugely affects your mental processes. So, the caffeine in your cup of coffee is indeed a drug!

What Caffeine Does To Your Body?

Moreover, if you have caffeine every day, you’ll build up tolerance and abstaining from it might lead to headaches. Also, if you decided to quit caffeine, it’s not a good idea to cut it completely because it can also lead to headaches.

Generally speaking, the effect of caffeine varies from person to person. Some are sensitive to the stimulant and others has a very low tolerance.

Still, it’s a wise idea to keep your intake of caffeine in low amounts.

Is Drinking Coffee Every Day an Addiction?

It depends on how much coffee you drink in a day.

Personally, two cups of coffee a day is enough for me. I am not caffeine-sensitive but I keep it that way to remain safe and to enjoy other caffeinated food and beverages throughout the course of the day.

In my opinion, if you’re drinking more than 5 cups of coffee a day, then it’s definitely an addiction. Even if you think that your tolerance is high, you shouldn’t be drinking this much coffee in a day!

As a result, you’ll start to feel headaches, jitters, and trouble sleeping as mild symptoms. So, you better limit your coffee consumption!

So, coffee addiction is indeed a real thing!

Negative Effects of Coffee on the Brain

The caffeine in coffee decreases the cerebral blood flow in the brain which induces relative brain hypoperfusion.

Hypoperfusion happens when there is an inadequate flow of blood in the brain.

There is a study that mentioned 250 mg caffeine (equal to 2 to 3 cups of instant coffee) reduces the cerebral blood flow (CBF) of patients recovering from ischaemic stroke.

It also shows that there is a significant reduction of global CBF up to 90 minutes after the administration of 250 mg caffeine.

Well? I didn’t mean to scare you, but these are so true!

So, you better impose some limits when it comes to drinking coffee!

Here are some facts about caffeine that you should know:

These are the top benefits of drinking coffee:

The thing is, more research is needed to prove the benefits of drinking coffee. So, don’t be too complacent about it.

Watch this short clip to learn more about the benefits of coffee.

However, the final nutritional info of a cup of coffee may change due to additives such as sugar, cream, and milk. For example, adding milk, sugar, cream, and other sweeteners to your coffee increases its calorie content.

For reference, I have created this table showing the macronutrients in 100 ml medium strength black coffee.

Coffee itself is not a drug, but the caffeine in it is a psychoactive drug.

I know the “psychoactive” term seems a bit off but it does not necessarily mean dependency. So, rest your worries.

Coffee is one of the healthiest and safest beverages on the planet. A cup of black coffee contains antioxidants and various macronutrients which are all good for the body.

In addition, not all coffee brands are safe. For example, the Valentus diet coffee is said to contain class C drugs, which are harmful to your health.

Still, you shouldn’t forget that coffee has an addictive component that can make you binge drink in no time. So, you be careful with it!

But you’ll be fine as long as you drink it in moderation.

So, go now enjoy your cup of coffee!

link to Is Coffee Addictive? (The Shocking Answer)

In brief, caffeine headaches happen when you overdose from the stimulant or if you're going through caffeine withdrawal. Caffeine can either treat or trigger headaches too! And if you love...