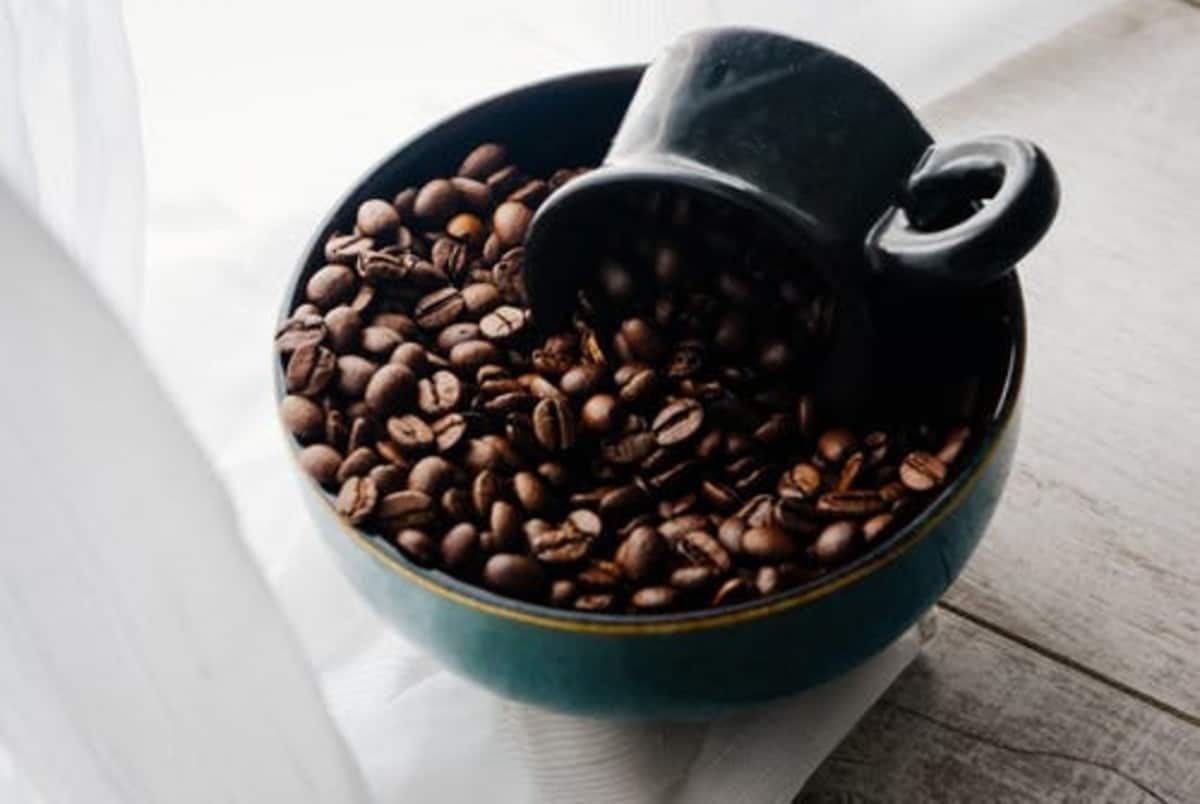 Freezing coffee beans is worth it as it extends their shelf life.

The freshness will fade over time but if done correctly, its flavor and aroma can be preserved.

Coffee is among the world’s most consumed goods.

Because coffee is loved for its distinct flavor, its quality and customer acceptance are influenced by its taste and aroma profile.

This article explains what you should know about freezing coffee beans in terms of how you should do it, as well as the perks and drawbacks of doing it.

If so, let’s get the ball rolling!

Is It Okay To Freeze Coffee?

Freezing coffee beans is a reliable way to increase their shelf life.

To freeze coffee beans, place them in an air-tight container and seal them.

Because the grinder oxidizes the coffee beans, it happens considerably faster with ground coffee.

Coffee beans, on the other hand, may be kept frozen for up to three months.

Also, to extend the life of instant coffee, put it in the freezer.

The discussion of freezing green coffee before roasting and storing it is a bit more avant-garde.

You don’t want to freeze the coffee with a lot of moisture or leave it out of the freezer for too long since it absorbs moisture from the air.

So, if you’re only going to freeze it and grind it the next day, you should store it in small containers.

Otherwise, if you’re going to freeze it and keep it for a long time, you should store it in a vacuum-sealed bag.

According to some coffee enthusiasts freezing is beneficial because particle dispersion improves or varies while grinding at different temperatures.

Grinding coffee when it is frozen preserves the flavor and improves the taste.

Freezing is indeed an excellent method for preserving flavor and freshness.

Watch this video of freezing coffee beans to find out more.

What Happens To Coffee When You Freeze It?

Cold temperatures are excellent for delaying reactions associated with staleness.

The oxidation process is slowed by freezing temperatures. They keep volatile aromatic chemicals from dissipating and delay the staling process.

Most domestic freezers are no longer cold enough to prevent the staling process.

In any case, domestic freezers operate at around -20°C. That’s enough to significantly slow down the process.

Why Is Freezing Coffee Bad?

When you freeze your coffee, the changing temperatures create moisture in the pack, making your morning cup taste like bitter paper cardboard.

The cellular structure transforms, causing a loss of the compounds that give coffee its aroma and flavor.

George Howell in Boston, America, was a pioneer of this.

He famously demonstrated that coffee tasted better by freezing beans from an excellent Kenyan harvest. Then defrosting, roasting, and brewing it next to a fresh crop from the exact origin.

This supported the notion of freezing green coffee, which comes with a slew of additional complications.

It’s expensive to freeze, and a lot of energy is spent, but the argument against it is moisture.

Indeed, freezing is the ideal method to preserve coffee for an extended time!

Freezing coffee beans is a great way to preserve the shelf life of coffee, but its freshness will fade over time.

According to the National Coffee Association, freshness is essential for a good cup of joe.

Coffee should be consumed ASAP after being roasted, especially if the original packing seal has been damaged.

While opinions vary on whether coffee should be frozen or refrigerated, the primary concern is that coffee absorbs moisture and flavors from the air around it since it is hygroscopic.

Most home storage containers still let tiny quantities of oxygen in, which is why food stored in the freezer for an extended period could suffer from “freezer burn.”

So, if you do want to refrigerate or freeze your beans, use an air-tight sealed container.

Take only what you need for no more than a week at a time then return it to the freezer before any moisture forms on its surface.

No, as a matter of fact, freezing coffee may be more efficient in preserving its quality.

Quality changes in coffee begin early in the coffee preparation process, causing a loss of aroma and freshness.

These changes are known as staling which is described as a sweet but unpleasant flavor and stench caused by the loss of numerous volatile compounds.

Aside from volatile depletion, quality losses are caused by the breakdown of coffee bean lipids through lipolysis and lipid oxidation.

Because freshness is so important to the quality of coffee, the start of sensory staleness is frequently used to determine the end of the shelf life of roasted ground coffee.

Several studies have been conducted to investigate the impact of storage duration on coffee quality.

According to current standards for excellent coffee production, coffee beans can be stored whole at room temperature for many weeks or frozen in an air-tight container for several months before becoming stale.

I have created a table below as a reference for the outcomes of coffee held at a freezing temperature.

From this, you’ll see that a 2-week-old coffee had a stronger coffee scent and greater bitterness than the fresh coffee.

The directional paired difference test results of coffee prepared from grounds stored at freezer temperature (-23°C) over 0, 1, and 2 weeks.

There were no significant changes in flavor or overall preference.

In numerous investigations, the influence of storage temperature on the shelf life of ground coffee with the same moisture content was observed, with every 10°C rises in temperature resulting in a 50% drop in shelf life.

Frozen samples may be placed in the freezer somewhat faster than fresh samples, resulting in the preservation of more coffee volatiles responsible for the aroma.

Aside from aroma, bitterness was discovered to differ between samples.

The general tendency for both storage temperatures was that the fresh sample was less bitter than the preserved ones.

During storage, these phenolic compounds may oxidize, leading to the formation of bitter compounds.

When Should You Freeze Coffee?

If you have extra beans you can consume in the next two or three weeks, freezing them in an air-tight container will retain their taste and freshness.

In freezing coffee, you don’t want to go out and buy a large kilo bag.

You can place the whole bag in the freezer and put it back after having your coffee. This will prevent ice crystallization in your coffee.

If you’ve bought a kilo of coffee or a couple of pounds more than you’ll need in the next week or two, divide it into one to two-week portions and freeze them.

Preferably, you want to get rid of as much air as possible in whatever you’re freezing them in.

If you’ve bought a kilo and want to divide it into 250, 300, and 350-gram packages, or whatever size you like, Mason jars that have been freezer-proofed can be used.

You could, of course, use freezer bags if you want. Or you can simply buy three or four separate standard-sized retail bags and freeze all but one.

Then, the night before you need it, take out a part, do not open it, and let it thaw overnight.

You don’t want to open it while the beans are still freezing because condensation will develop, which is generally not ideal for coffee.

If the coffee is already old and out of date, there’s no use in freezing it as the quality is already subpar.

Can You Freeze Fresh Brewed Coffee?

The answer is yes!

You can freeze coffee, but you probably won’t want to drink it after.

Freezing your cup of brewed coffee in an ice cube tray is a quick and easy way to savor iced coffee at home. Alternatively, you may use coffee ice cubes to chill your cup of hot coffee without diluting it with water.

Reheating frozen coffee is not recommended. Even after defrosting it in the refrigerator, the flavor might already be gone.

When defrosted, even the most refined coffee loses its rich flavor.

But not to fear, there are a lot of creative and tasty uses for frozen coffee cubes, and here are a few of them:

Regardless of how you like your cup of coffee, you may brew a little more than you’d want to drink at once. Don’t worry; brewed coffee may be stored in the refrigerator for a few days.

To summarize, freezing coffee beans is definitely worth it!

It can not only prolong its shelf life but also preserve its taste and aroma.

If you have more fresh roasted coffee than you need in the next few weeks, divide them into one to two-week packs and seal them in an air-tight container.

Freeze them after removing as much air as possible. The night before you need a piece, take it out of the freezer and leave it, sealed, on the counter to thaw.

The following morning, grind, drink, and savor your nice cup of joe.

The specific coffee characteristics most influenced by storage are aroma and taste. Fresh coffee had a better aroma, while stored coffee tasted more bitter.

That being said, if frozen properly, you can not only prolong coffee beans’ life but also achieve a perfect tasting cup of coffee.

What are you waiting for? Freeze coffee beans now!

link to What Is A Macchiato? (A Different Kind Of Coffee )

Macchiato coffee is a popular European version of espresso that is usually drunk with steamed or foamed milk. It's a classic variation that brings together the rich, strong flavor of espresso and...