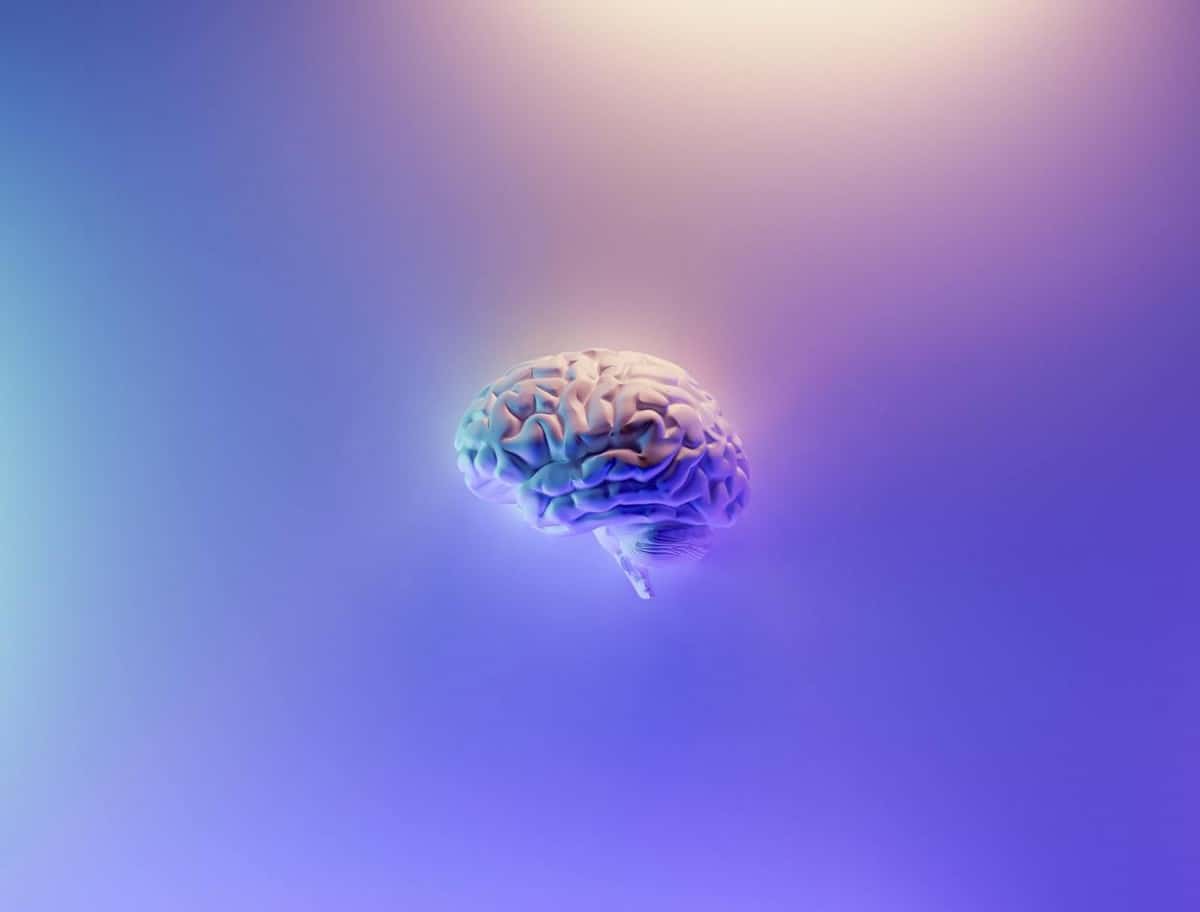 Coffee has been widely treated as a magical potion for better endurance and enhanced focus. The healthy attributes of the drink have made it one of the most loved beverages all over the world.

One of the most important health benefits offered by coffee is that it reduces the risk of Alzheimer’s disease. The caffeine in coffee promotes brain health and has the potential to protect brain cells along with the other bioactive components of coffee.

Recent studies have shown queries regarding the effectiveness of coffee in dealing with the condition. Since large doses of caffeine in the coffee may attribute to neurological changes in the system, do you think the coffee can help you with your health condition?

Short answer: Coffee doesn’t cause dementia. In fact, it helps in reducing the risk of dementia. However, in the case of the worsened form of dementia, the coffee may not produce satisfying benefits.

The following section has an in-depth explanation of the topic so continue your reading.

Vascular dementia is a common type of dementia that causes impaired blood flow to the brain, causing problems with reasoning, memory, focus, and thought processes.

Among the commonly experienced signs and symptoms are confusion, difficulty in concentrating, unsteady gait, restlessness, depression, the urgency to urinate, reduced ability to think, etc are prominent for the patient.

The factors that may act as a triggering switch to worse the condition are:

For keeping yourself healthy and safe from worsening the situation, you need to choose a proper diet that may help in preventing adverse side effects and a good amount of physical exercise to keep yourself fit.

Is Coffee Bad For Your Memory?

Coffee isn’t necessarily bad for your memory when drank in moderation. A safe and moderate intake quantity of caffeine helps in enhancing memory, especially in long term as per studies.

Research from Johns Hopkins University showed that caffeine in coffee has cognitive-enhancing effects and helps in strengthening memory. However, more detailed pieces of evidence are needed to find out to what extent caffeine helps in smoothening this memory in one’s mind in the long run.

This study on The Neurophysiology of Caffeine as a Central Nervous System Stimulant and the Resultant Effects on Cognitive Function showed that caffeine has a significant beneficial impact on both short-term and long-term memory.

Caffeine may not instantly affect attention but it improves the processing speed of the brain after a while. This is why you feel a lot calmer and better after few minutes of consumption.

In another study on Cognitive and mood improvements of caffeine in habitual consumers and habitual non-consumers of caffeine, it has been shown that caffeine not only improves simple reaction time but also enhances memory reaction and numeric working memory.

Also, the effects are prominent in the case of adults, not children. Children are receptive to large doses of caffeine that may impair their growing neurological and cardiovascular systems. So the more significant benefits are found in the case of adult healthy individuals but not in children.

Is Coffee Harmful To Your Brain?

No, coffee isn’t harmful to your brain when drank in moderation. A regular healthy intake of coffee can lead to an increase in resting brain entropy.

Caffeine increases cerebral entropy whereas the increase in brain entropy is associated with high verbal IQ and reasoning ability.

A study from China revealed that caffeine increases brain entropy, especially in the lateral prefrontal cortex, visual cortex, and motor network that correlates with beneficial effects on attention, concentration, and motion function.

As caffeine stimulates the central nervous system, it promotes the release of other neurotransmitters and can improve different aspects of brain functioning such as:

Thus caffeine can lead to an increase of information processing capacity of the resting brain to high processing abilities. However, since habitual drinkers tend to increase their tolerance to caffeine over time, they may start taking more and more cups of coffee to get a similar boost.

Don’t forget that more isn’t always healthy since there’s a tolerance level of your body system.

The recommended safe limit of caffeine is 400 milligrams per day as revealed by FDA. Beyond this limit, caffeine may exert unwanted impacts on your health, inducing brain hypoperfusion.

Is Coffee Good For Preventing Dementia?

Coffee is indeed helpful in delaying the onset of dementia even in the elderly who already have a mild form of the condition. The caffeine in the coffee blocks the inflammation in the brain that can start a chain reaction in beginning the mind’s cognitive decline.

The effects of caffeine on the risk of developing or worsening the impact of dementia is a widely studied topic. To date, such studies don’t rely on a definitive answer.

The tolerance and mechanism of an individual differ depending on the sensitivity of caffeine. Dementia patients are often deprived of sleep and since caffeine withdrawal and overdose have the same symptoms, it’s best for them to avoid the drink.

The caffeine in your coffee interferes with this inflammation by blocking the cells’ ability to recognize adenosine. Also, the protection against the risk of dementia or similar conditions may stem from the antioxidant capacity of different bioactive compounds present in the coffee.

There’s no strong evidence yet to prove that coffee consumption is associated with an increased risk of dementia or worsens the signs of the condition.

Studies on caffeine as a protective factor in dementia reveal that 3-4 cups of coffee per day at midlife can cause a decreased risk of dementia or Alzheimer’s disease. Other studies have shown that the protection against dementia works only in the case of women.

Even if coffee doesn’t cause dementia or enhance the signs, since caffeine is a CNS stimulant, it can exacerbate the symptoms.

The most widely recognized symptom of Alzheimer’s is memory loss. Along with it, there’re other effects such as irritability, anxiety, delusions, and depression. If you notice closely these are also the signs of caffeine overdose and withdrawal.

These behavior and psychological symptoms of dementia are often triggered due to caffeine consumption, especially beyond the healthy limit.

Alzheimer’s patients who experience high levels of anxiety shouldn’t drink coffee. But it’s important to note that many patients may tolerate caffeine well so it comes down to one’s underlying health condition.

Anxiety works as a major triggering factor for Alzheimer’s patients. Both anxiety and Alzheimer’s have similar psychological symptoms. However, anxiety triggers the signs of vascular dementia more.

Caffeine can worsen the side effects that trigger anxiety by enhancing compulsive symptoms.

A study on the Panic disorder and social anxiety disorder subtypes in a caffeine challenge test revealed that when large doses of caffeine were given to one of the two survey groups, the group with anxiety disorders experienced severe stress or panic attack.

Caffeine-induced anxiety is a widely common mental condition prevalent in habitual drinkers of high doses of caffeine. Since anxiety can worsen the symptoms of Alzheimer’s and impair the way of thinking and planning, it’s better to keep coffee out of your diet. You can read my other article on how coffee affects anxiety if you’re interested in knowing more.

I have already mentioned that some patients may metabolize the caffeine well, so it’s upon you to choose your diet planning. Be aware of the caffeine content and don’t increase your intake unnecessarily for the boosting effect.

Caffeine with other antioxidants in coffee may help in decreasing the risk of mild dementia or Alzheimer’s symptoms. However, it can’t offset the effects of the already worsened or acute conditions in Alzheimer’s patients.

This is because in the case of acute Alzheimer’s patients, the neuropsychiatric symptoms are easily triggered by caffeine and small doses can lead to neophobia, emotional changes, and compulsive behavior.

Behaviors already influenced by anxiety and neophobia get little benefit from the coffee. The Behavioural and Psychological Symptoms of Dementia (BPSD) are easily set off by having coffee so the drink will only benefit patients with mild dementia conditions and for healthy individuals.

What Are The Healthier Alternatives For Dementia Patients?

Though caffeine works fine for certain patients, it can also worsen the symptoms of anxiety and dementia in others. This is why you need to prepare healthier alternatives for people with such symptoms.

Some of the useful alternatives can be:

Let’s have a look at some types of coffee alternatives and it’s caffeine content:

Note clearly that many of these are not direct alternatives to coffee since they don’t have the exact or similar nutritional content. However, these choices of drinks may help the patients in getting adequate fluids.

Alzheimers patients tend to eat and drink less for many reasons. This is why it’s important to make the right and easy diet choices for them to meet their fluid and nutrient needs.

Most of these are easy to drink and will help the patient to cover the dehydration of the body.

From the studies and reviews, I can say that coffee doesn’t give you dementia on its own. There’re several underlying factors that may set off the symptoms of the condition.

Moderate consumption of coffee indeed brings benefits in reducing the risk of dementia. It can delay the process even in older groups of people but note that it can’t completely prevent the chance of occurrence of dementia.

Many patients can tolerate the boost from caffeine so coffee can be a part of their diet. For those who can’t tolerate the drink, simply avoid it.

There’re many decaffeinated options available in the market. Choose one that goes with your level of preference and most importantly, keeps you healthy.

Healthy individuals shouldn’t worry about caffeine intake since moderate intake doesn’t intensify dementia symptoms abruptly. Some things may go beyond our control, so it’s best to choose the food and drinks in your diet according to your body’s condition.