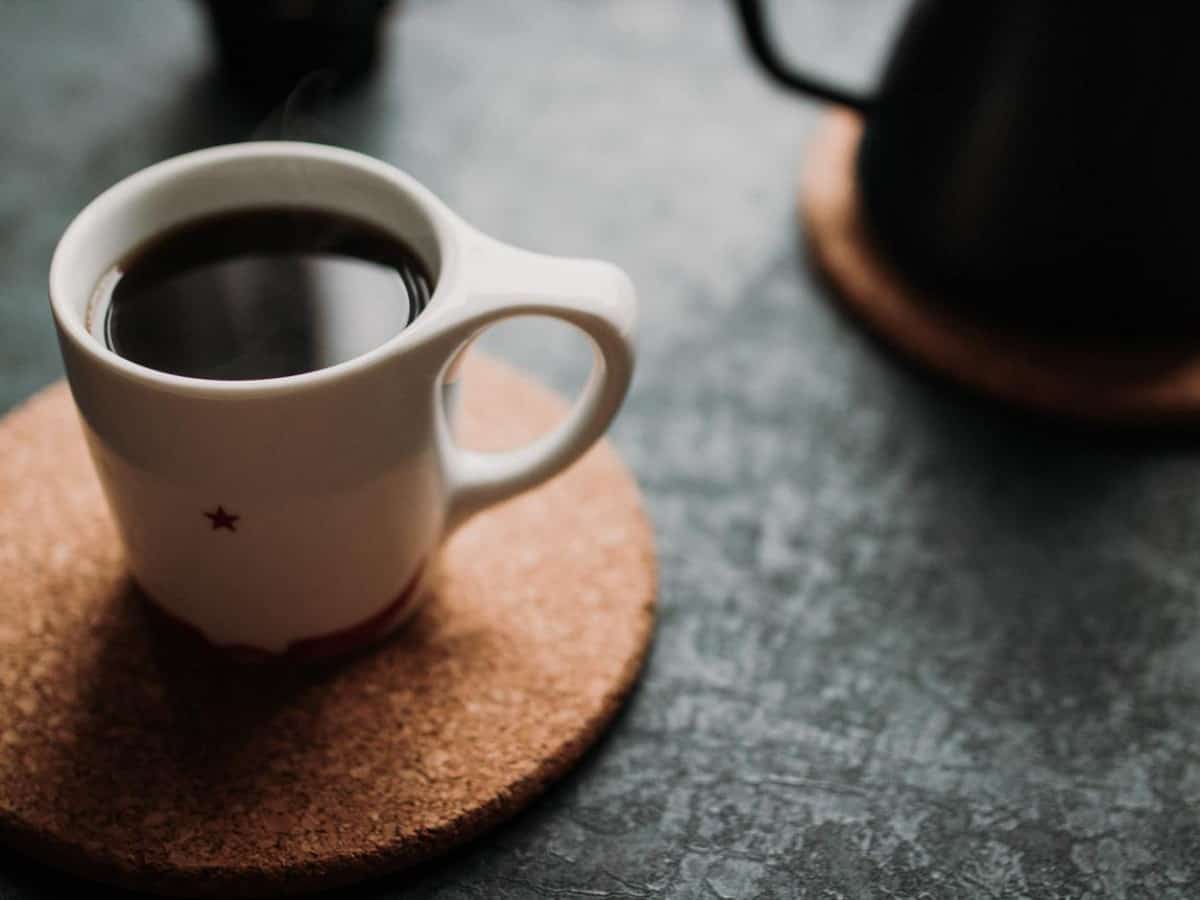 Coffee is undoubtedly one of the most loved and consumed drinks for people living in any corner of the world. The appetizing flavor of the drink just makes the health benefits obtained from it more lucrative.

However, coffee has got the stimulant caffeine that has been associated with increased urgency and frequency in flushing your system.

This article will explain in-depth how coffee helps in the cleansing process of the body and how effective is the process.

Short answer: Coffee flushes out your system. The diuretic, detoxifying and laxative properties of coffee are responsible for this phenomenon. However, a large amount of coffee intake in some people can also flush out excessive water and important nutrients like calcium from the body, disrupting their system.

Check out the following section for a better understanding.

Why Detoxifying Your System Is Important?

There are multiple natural ways to detoxify your body. Coffee cleanse is one of those.

However, all sorts of cleanses and detox products don’t remove toxins and may conversely hurt your health. This is why you need to be careful of the supplements and herbs you’re having.

Does Coffee Clean Out Your Colon?

Drinking coffee does flush toxic substances out of your colon. The components of coffee possibly responsible for this natural colon cleanse are fiber, caffeine, and chlorogenic acid.

The colon is a part of the large intestine, which itself is a fundamental part of your digestive system.

Although we address it as coffee “beans”, these are actually seeds of coffee fruits (known as coffee cherries), rich in fiber. The fiber adds bulk to the stool, triggering bowel movement, consequently pushing waste materials out of the colon to the rectum, where the waste substances sit till they are finally defecated.

Coffee is a great source of caffeine. Due to its diuretic and detoxifying properties, caffeine flushes out all the toxins from your colon in the form of urine.

Another health-promoting constituent of coffee called chlorogenic acid (a dietary polyphenol) facilitates the metabolism of large molecules by microorganisms present in the colon. It in fact triggers an increase in good bacteria in the gut that aids in digestion and expulsion of toxins from the colon.

Because of coffee’s colon cleansing ability, many people who suffer from constipation undergo the procedure of coffee enema. However, although this procedure does benefit some, doctors usually do not recommend it because of its association with various health risks such as severe cramps, blood excretion, and even death.

Does Coffee Take Water Out of Your System?

Drinking too much coffee can affect the hydration status of your body because of its caffeine content. Caffeine changes the sodium and fluid balance of your body.

You can read more on this other article I wrote for a more detailed explanation, but simply put it lowers sodium reabsorption, resulting in an increase of salt for your body to eliminate.

The sodium then extracts water from the blood on its way out of your body. Furthermore, caffeine increases the blood flow in your kidney and stimulates increased urination.

If you drink decaf coffee, this diuretic phenomenon won’t be as extreme. But it will still be there, as decaf coffee still has some amount of caffeine in it.

Research has shown that diuretic effects are severe among people who are not regular consumers of caffeine but then have drunk high amounts of it.

To sum up, coffee has the ability to dehydrate and hydrate at the same time. It certainly depends on how an individual’s body handles caffeine.

Does Coffee Clean Your Stomach?

Yes, coffee cleans your stomach as it promotes the secretion of gastrointestinal hormones responsible for the digestion of food molecules and the destruction of harmful bacteria inside the stomach.

Caffeine triggers secretion of the hormone gastrin, produced by the cells of the stomach wall. This stimulates the production of gastric acid.

The laxative effect of caffeine further sparks peristalsis in the stomach walls, aiding stomach contents to gradually be emptied into the small intestine. Although coffee consumption stimulates digestion in the stomach, it does not have a considerable influence on the rate of stomach emptying.

Does Coffee Clean Your Kidneys?

Coffee can help in cleaning the kidneys since it stimulates urination and helps infiltration of the waste products from the kidney.

High doses of coffee intake most often have a diuretic effect on the kidney. Caffeine present in coffee hinders the reabsorption of fluid in the blood and stimulates the kidney to eliminate more fluid. Besides, caffeine aids the estimated glomerular filtration rate (eGFR).

However, too much caffeine consumption can also trigger blood pressure and stress on the kidney and lead to the formation of kidney stones. Coffee is rich in oxalates which bind with calcium in the blood and creates calcium oxalate- a fundamental constituent of kidney stones.

This is not something to worry about if your kidney is functioning normally. On the contrary, if you are already suffering from kidney diseases, you must try to avoid drinking coffee as long-term consumption of coffee can worsen the condition.

Can You Flush Caffeine Out Of Your System?

Drinking too many cups of coffee can lead you to the following consequences: –

Thereby, you may want to get rid of that caffeine from your system immediately. Sadly, not much can be done once caffeine enters your system.

Although there is no probable quick fix to expel that caffeine out of your bloodstream and body, trying out the following activities may make you feel better: –

Does Coffee Detox Your Body?

Every day free radicals enter our bodies from the inhalation of polluted air, and consumption of foods processed with artificial flavors and preservatives. This jeopardizes our health and system, including the body’s natural detoxification mechanism.

Luckily, we have coffee– a vital source of antioxidants, which can combat the toxins out of our systems.

Coffee contains numerous antioxidants namely caffeine, quinines, cafestol, melanoidins, trigonelline, polyphenols, hydrocinnamic acids, etc. These antioxidants oxidize the free radicals in our body and transform them into nontoxic substances that are expelled out of our bloodstream and eventually out of our bodies.

Nonetheless, this antioxidant activity can be affected by the way the coffee has been processed. For example, non-roasted coffee retains lower levels of antioxidants than roasted coffee beans.

How Long Does It Take To Flush Caffeine Out of Your System?

The duration taken by caffeine to flush out of your system depends on the metabolism of your body.

In the case of hypersensitive people, it takes about twice as much time to metabolism caffeine. This is why this section of people feels the effects of caffeine for a longer period. It can take up to 12 hours or more for them to completely get rid of the caffeine.

As the half-life of caffeine is about 5 hours, healthy individuals will start losing the boosting effect after 5-6 hours of coffee consumption.

On the other hand, people who consume larger doses of caffeine regularly, might metabolism the caffeine quickly compared to others and start craving for more after that.

Is Caffeine Bad For Your System?

As long as you have a normal functioning system and are non-allergic to caffeine, consumption of a certain amount of caffeine isn’t bad and could be in fact beneficial for your system.

This has no definite answer. Because everyone’s system reacts differently to caffeine consumption. The side-effects of caffeine depend upon the dose, your age, BMI, and overall health.

Its diuretic and detoxifying properties flush out all the toxins and bacteria from your system easily in the form of urine. Studies have shown positive effects of caffeine on the functions of multiple organs including the stomach, liver, kidneys, colon, and so on.

According to the U.S. Food and Drug Administration, normal humans can drink up to 400 mg of caffeine per day. But if you are intolerant to caffeine, or have certain complications for instance bladder problems and fertility issues, it’s best that you avoid its intake as much as possible.

People with complications may undergo the following consequences due to a high dose of caffeine intake:

Note that regular consumption of the same amount of caffeine develops your body’s tolerance to caffeine.

How Much Coffee Helps In Cleaning Your Body?

Though the caffeine in coffee may help in cleansing the body, there isn’t recommended dose that’s the expert suggestion for the process. Since caffeine is a stimulant, it isn’t advisable to have too much of it on regular basis.

Let’s have a look at the caffeine content of some popular coffee varieties:

The best kind of coffee that may aid in boosting metabolism and cleaning your system is basically the simplest one like black coffee. Having coffee varieties with higher caffeine doses and additives diminishes the effectiveness of the caffeine and may induce slow digestion and calcium depletion.

Hence, choose the one with a moderate caffeine amount to get the best benefits.

Is The Coffee Cleanse Right For You?

Coffee has enumerable antioxidants that play a significant role in the expulsion of toxins from your system. But, coffee cleanses certainly may not be suitable for you. It all depends on how your body responds to the contents of coffee.

You might prefer avoiding coffee cleansing your system if you experience the following complications: –

Hence, to prevent such complications, you must avoid drinking high doses of coffee, and drink adequate water instead.

In conclusion, coffee stimulates the removal of toxins from your body. It supports the function of important organs like the liver, colon, and kidney in the removal of excretory substances.

Thus, it clearly helps in flushing the system and aids in promoting a healthy body for the drinker.

Nonetheless, it can also have adverse reactions in some people.

Hence, a coffee cleanse may be beneficial for some, while detrimental for others. It’s best that people with certain medical conditions like Crohn’s disease and bladder issues opt for safer alternatives like drinking a lot of water to detoxify rather than coffee cleansing.