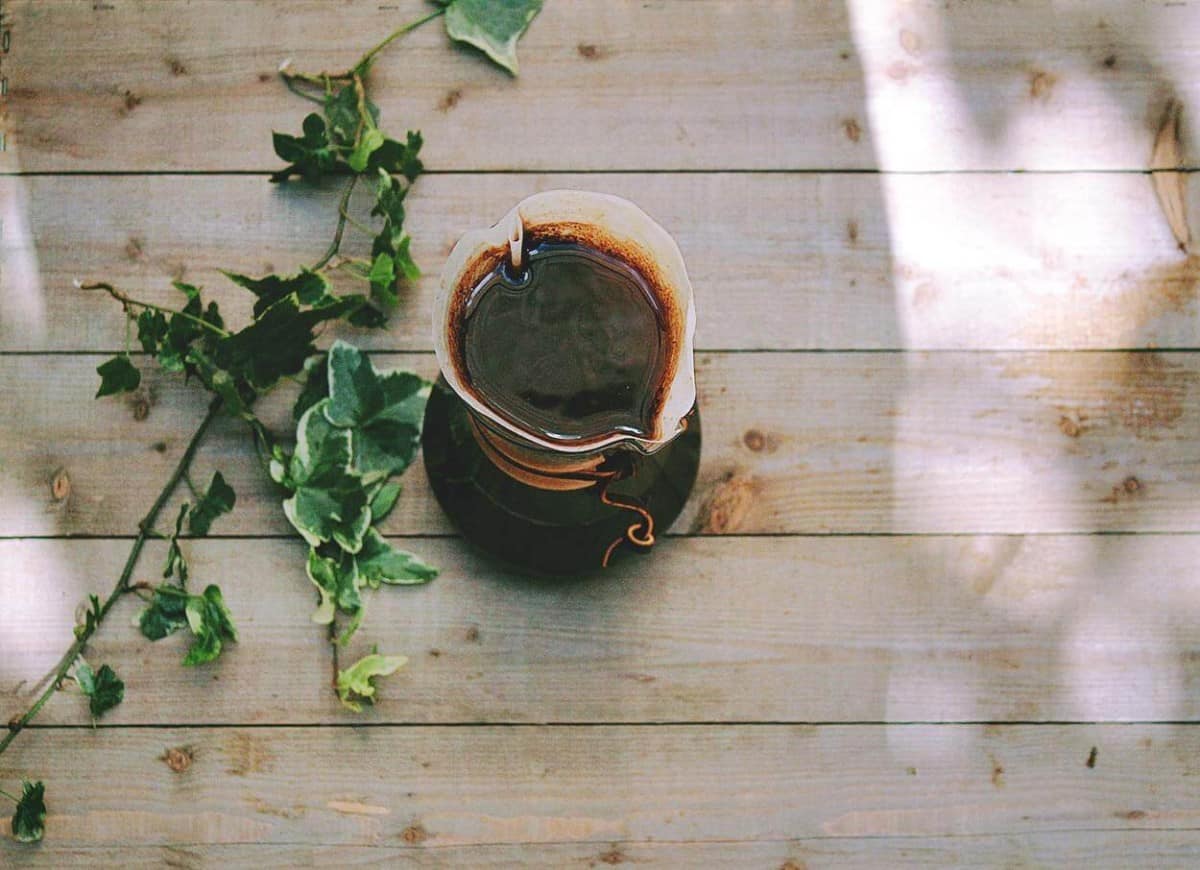 If you ask thousands of coffee lovers about the thing they like most about the drink, most of them will select the flavor as the most appetizing factor.

From earthy tones to sweet fruity flavors, coffee exhibits a spectacular spectrum of flavor and aroma experiences for the drinkers. Apart from the boosting effects offered by coffee, people tend to choose the drink for its incredible flavor and high-quality texture.

Nowadays, different flavors are incorporated within the coffee beans to produce a different variety of tastes. However, the coffee flavor still reigns above the other flavored varieties due to its rich properties.

Many people may wonder whether the coffee flavoring contains caffeine or not since it can be produced from other sources as well.

The following sections offer an in-depth explanation of the topic so continue your reading.

Is Coffee Flavor and Flavored Coffee the Same?

Coffee flavor is the combined sensation of its taste and aroma perceived through smell and taste buds.

It is a complex fruit composed of more than 800 natural aromatic compounds that contribute to the generation of its flavor. Coffee’s flavor is distinguished from its texture, acidity, aroma, bitterness, and sweetness.

An example of a product that is coffee flavored is coffee-flavored milk and you can read about it here if you’re interested.

On the other hand, flavored coffee is coffee that has an additional flavor or natural oils from ingredients, such as cocoa beans, cinnamon, cloves, nuts, berries, and so on added to it. So, do not confuse coffee flavor and flavored coffee.

Natural coffee flavor is usually made from coffee extract.

It is a concentrated liquid that is mainly made of coffee beans combined with a solvent. Alcohol, propylene glycol, fractionated vegetable oils, and food-safe glycerin are commonly used as solvents. The solvent helps to bind the flavor compounds to the beans.

On the other hand, artificial coffee flavor is produced chemically. There is no coffee in it.

The chemicals are processed in a particular method that gives the desired taste. Some natural ingredients such as chicory root, dandelion root, garlic, dates, and figs are also used to produce the flavor. When these ingredients are roasted and combined, they taste similar to coffee.

Does Coffee-Flavored Cake Have Caffeine?

However, if natural ingredients other than coffee are used to produce the coffee flavor of the cake, then the cake may or may not contain caffeine, as it depends on the constituents present in the ingredients.

Caffeine has a crystalline structure like sugar. It has a high boiling point and hence it remains stable even at high temperatures.

Consequently, when we bake the cake with coffee as an ingredient, though the water with it does cook out, the caffeine stays in it. Baking makes the caffeine more concentrated as the water evaporates out. However, this does not make the effect of the caffeine stronger.

Are Coffee Extract and Coffee Flavoring the Same Thing?

The coffee extract itself is a flavoring so naturally, they are the same thing. It is the concentrated liquid form of coffee. However, as explained earlier, coffee flavoring is not necessarily produced from coffee beans all the time.

Coffee extract is obtained from a mixture of oil from coarsely crushed coffee beans, combined with a solvent. The process involves pressure, distillation, and treatment with alcohol.

Usually, Ethyl alcohol and vodka are used to attach the flavoring oils to the beans which produce a strong, longer-lasting essence of the coffee. No additives are used to obtain a pure extract.

Then again, flavoring can be made from various other extracts or natural ingredients, which when mixed and processed in a particular formula tastes similar to coffee.

Does Food with Coffee Flavors Have Caffeine?

Food with coffee flavors usually has caffeine in them as they are mostly made from real coffee or coffee extract. But, if the flavor is made artificially from ingredients other than coffee, then the food will most likely be caffeine-free.

Thus, this depends on what kind of coffee flavor has been used in the food. Besides, other components in the food may also determine its caffeine content.

To determine whether a food is decaf or caffeinated, the following three sources of coffee flavoring must be considered: –

What Is The Caffeine Content of Some Coffee Flavored Food?

No matter what’s the caffeine source for the coffee flavoring, nowadays a variety of caffeine-infused food is marketed and available for consumption.

Some of the popular food items include:

What Do We Use Coffee Flavoring For?

Coffee flavoring is used in many recipes at homes and cafes. Starting from baked goods such as cakes and biscuits to desserts and cocktails, coffee flavor is used everywhere. In fact, various coffee flavor syrups are easily available for purchase.

Below are some awesome ways of using coffee flavoring:

Coffee flavoring, whether natural or artificial, has no significant nutritional value, therefore, cannot be considered healthy. It contains no sugar, fat, or any other nutrients and therefore, has no health benefits.

Besides, coffee flavorings are gluten-free. Hence, they are not unhealthy either, as long as consumed in moderate amounts.

Sometimes the solvent contained within has an irritant effect when in direct and prolonged contact with eyes, mucous membranes, and skin.

Besides, the strong smell of the chemicals and solvents to the flavor syrup carries an increased risk for respiratory infection.  Therefore, the consumption of large amounts can be toxic. It can also have long-term negative health effects such as lung cancer on employees working with these chemicals.

Many companies use cheap artificial flavored syrups and fragrances to mask the bad natural flavor of poor-quality coffee beans. These sugary chemicals such as corn syrup or high fructose corn syrup have adverse health effects on consumers.

Besides, these syrups also consist of preservatives like potassium sorbate and sodium benzoate, which act as precursors to carcinogens and hence are hazardous to health when consumed in high doses.

Simply put, coffee flavorings do contain caffeine. Most of the time the flavoring is extracted from coffee beans and thus the caffeine content remains moderate in them.

For commercial purposes, nowadays, coffee flavorings are synthetically manufactured which isn’t as healthy as the natural alternative. This type of flavoring doesn’t have caffeine in them.

Last, of all, the flavoring can also be extracted from other natural ingredients that give a similar taste and texture. These coffee alternatives are generally considered to be herbal coffee and serve high health benefits.

link to Best Coffee for Your Coffee Machine (Know the Best)

Coffee machines have made it easy for us to brew barista-style coffee at home without much effort.  Isn't it convenient to fill the coffee and water in a machine and just push the button? Yes,...

Continue Reading
link to Is Mocha A Strong Coffee? (Interesting)

'Mocha' is a variety of coffee beans that are found in the central mountains of Yemen and interestingly, this name has been so popular at present as a coffee drink. When we hear about 'Mocha' what...