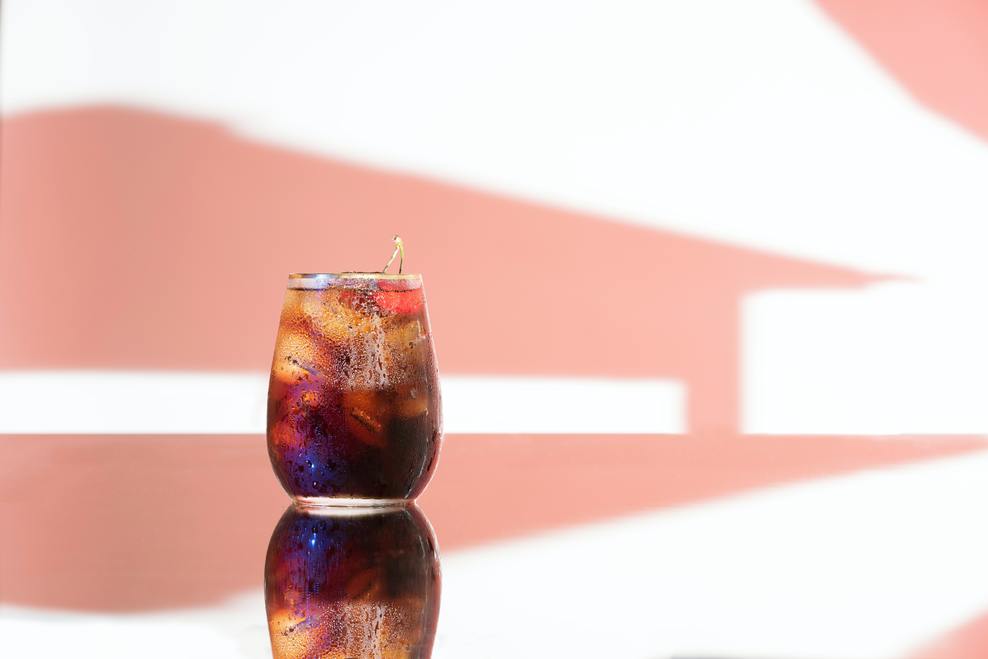 Brief Comparison: Coffee is a beverage that is sourced from the species of the Coffea plants; while Coke is a carbonated soft drink known for its refreshing taste.

Both of these drinks are popular all over the world. They are delicious and both caffeinated which makes them ideal for someone in need of quick refreshment.

However, on the other side of the spectrum, you should be aware that both Coke and coffee are associated with side effects that can be detrimental to your health.

So, in this article, we’ll focus on comparing these two beverages in terms of caffeine, notable ingredients, and the many components that make either of these drinks healthy or unhealthy.

Which is Healthier: Coke or Coffee?

Coffee is definitely a healthier choice than Coke.

Studies have revealed that drinking one can of coke a day, either diet or sugar-sweetened can raise the risk of metabolic syndrome to 36% and type 2 diabetes by 67%!

On the other hand, drinking coffee once a day is very likely to help you gain the following benefits:

That said, looking at the ingredients and benefits of these two beverages, I’d say coffee is really a healthier choice no matter which angle you look at it.

So, coffee it is!

Check out this article to find out how healthy coffee is.

What has more caffeine, coffee or Coke?

Based on these figures, there’s really no doubt coffee is the real winner in terms of caffeine content.

Let’s take a look at the caffeine content of some types of coffee to get a better view.

As you can see, the caffeine content of Coke is around three or four times less than coffee.

To give you an idea, here’s a table showing the caffeine content of different soft drink products made by the Coca-Cola Company.

Caffeine in Coffee VS Coke Zero

A 12 fl. oz can of Coke Zero contains 34 mg caffeine which is the same on every flavor while a regular cup of coffee packs 90 to 140 mg caffeine depending on how it is made.

So, 34 mg caffeine is considered a low strength which is less than the amount of caffeine you can obtain from a cup of regular coffee.

Coffee and Coke Zero are technically calorie-free, and that means you can still have them while on a low-calorie diet.

Although, if you ask me which is healthier to have, I’d certainly go for coffee.

Coffee revs your metabolism and the stimulant caffeine produces a thermogenic effect resulting in weight loss. For some people, it suppresses their appetite which means it makes, which eventually leads to losing weight.

Even though coffee is a popular weight loss drink, you shouldn’t be too complacent about it as not all coffee is ideal for losing weight.

Check out my top picks for the best coffee for weight loss here!

So, caffeine and health-wise, coffee wins!

Caffeine in Coffee VS Mountain Dew

There is 54 mg of caffeine per 12 fl. oz can of Mountain Dew which is considered the highest in the soda industry.

The amount of caffeine in Mountain Dew is probably the closest to the amount of stimulant you can get from a cup of regular coffee.

I get it. Mountain Dew has a good deal of caffeine but it’s loaded with sugar, food dyes, flavors, and chemicals that are bad for your health.

And yes, there might have been alleged lawsuits about severe mouth decay associated with Mountain Dew. I am pretty sure a can of Mountain Dew won’t be that appealing to you after hearing about this despite the caffeine kick it can potentially offer.

So, a cup of coffee is still the safest choice for you!

Coffee is loaded with natural caffeine and you can have it plain without going too crazy on the additives. Also, the side effects brought by coffee is milder compared to Mountain Dew.

One more thing, you should be aware that coffee tends to be acidic, especially black coffee. The acidity in coffee can cause enamel erosion which makes your teeth brittle and prone to tooth decay.

So, it is wise to limit your coffee consumption!

What has more caffeine, coffee or Pepsi?

So, you know what to choose if you’re in need of a drink with a stronger caffeine kick!

Even though coffee seems to be the better choice in this comparison, you should keep your intake within the recommended limit.

Health authorities suggest a caffeine intake of no more than 400 mg of caffeine per day which is equal to around four cups of regular coffee. Going past the limit makes you prone to the following symptoms:

Anyway, here’s an interesting video about Cola Wars, check it out!

Based on the components used in both Coke and coffee, I’d say Coke is worse than coffee.

The damage to the body due to drinking a 330 ml can of Coca-Cola after an hour of consumption is seen on the infographic made by a British pharmacist Niraj Naik. According to this experiment, the high sugar content of Coke can make someone vomit when it enters the body.

What’s more fascinating is that the phosphoric acid found in Coke dulls the sweetness which enables you to keep drinking it.

In addition, blood sugar increases within 20 minutes after consumption resulting in high insulin levels. At this point, the liver converts the high amount of sugar into fat which is damaging to the organ.

Also, Coke has a similar effect to heroin. After the caffeine enters your bloodstream, your pupil dilates and blood pressure increases. At this stage, Coke blocks the adenosine receptor in the brain which prevents you from feeling drowsy.

Coke stimulates the reward center of the brain creating the same effects as when you ingested heroin which also makes you want to drink more and more.

So, in summation for this section, coffee is better than Coke!

Which is better, coffee or soda?

It’s coffee for me!

As much as I like the taste of soda, I’d choose coffee over and over again.

In simpler words, coffee is sourced organically and soda isn’t. Coffee is made from coffee berries while soda is man-made and stuffed with synthetic ingredients.

In addition, coffee is rich in disease-fighting antioxidants such as polyphenols and hydrocinnamic acids. On the other hand, soda contains carbonated water, fructose syrup, sugars, artificial flavors, and chemicals that are all harmful to your health in the long term.

Generally speaking, coffee is a healthy beverage, and drinking it in moderation can help you gain these ultimate benefits:

Check out these studies proving the many benefits of coffee to your health.

Why does coffee make you poop?

Coffee makes you poop because it activates contraction in the colon and intestinal muscles.

The contraction in the colon pushes some content to the rectum leading to the end of the digestive tract. According to studies, caffeine makes the colon 60% more active compared to water and decaf.

So, really caffeine makes your colon and intestinal muscles active which makes it easy for the food you ate to be pushed to the rectum.

For further explanation about the reason why coffee makes you poop, this article is for you!

Is caffeine a drug?

Caffeine is considered a drug because it stimulates the nervous system.

It is found in many food and beverages and many people don’t realize that it is indeed a drug, a socially acceptable drug.

Caffeine is a socially acceptable drug in most cultures and because it is widely used, people forget that it is a psychoactive stimulant that can be potentially addictive.

Caffeine is indeed addictive and the habit can be quite hard to kick.

At least 90% of adults in the US consume about 200 mg of caffeine regularly which is still within the range of the recommended limit.

Speaking of caffeine, how addictive coffee can be? And here’s my take.

In Summary (Coffee VS Coke)

Overall, coffee is a better beverage than any other soda drink.

Coffee contains natural ingredients such as antioxidants and nutrients which are all good for the body. On the other hand, Coke is stuffed with sugars, carbonated water, flavorings, and chemical which are detrimental to your health in the long term.

Moreover, the caffeine in coffee is a lot higher than in Coke. An average cup of coffee has around 90 to 150 mg caffeine and Coke can be stuffed with as much as 46 mg of the stimulant.

So, if you’re a hardcore caffeine lover, then coffee is certainly an excellent choice of drink.

Of course, you shouldn’t overindulge in either of these beverages as the caffeine in it can be dangerous. Always keep in mind to drink in moderation no matter how much you want to drink the next cup/can of coffee or Coke.

So, cheers and enjoy your cuppa!

link to Best Coffee For Espresso (Find the Perfect Brand)

Whether you’re an espresso lover or you’ve just stumbled upon the idea to try out an espresso shot today, but you don’t know which coffee goes well with espresso. Medium to dark roasts that...

On a hot summer day, nothing can beat the jolt that cold brew brings. It is simply a divine kind of coffee that gives a smooth and refreshing taste with little to no bitterness.  Brewing cold...