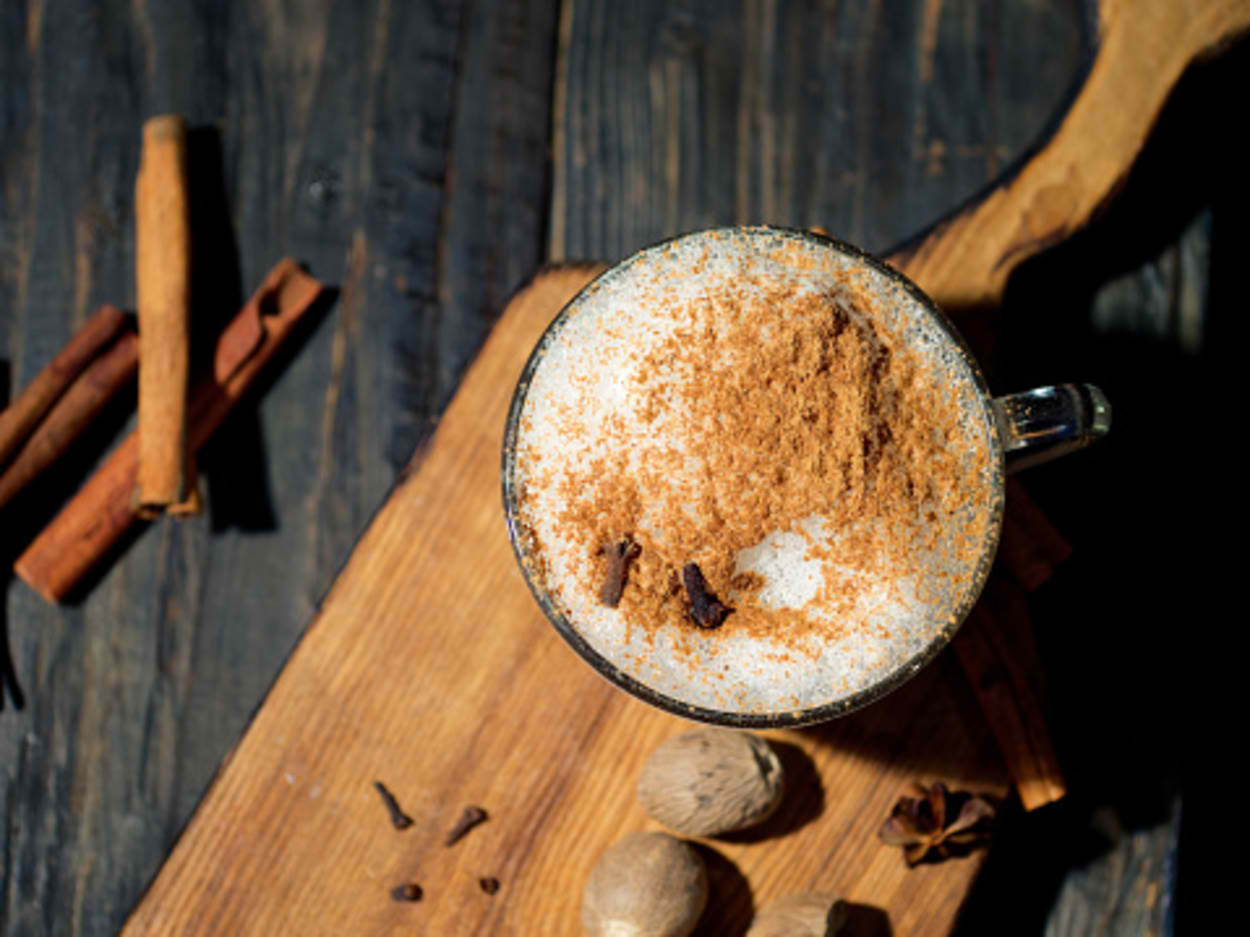 You’ve probably been posed a question, “do you like coffee or tea?” a few times in your life.

However, have you ever considered mixing coffee and tea? Most likely, you have. But, if you’ve never heard of coffee and tea combined, you’ve come to the right place.

Coffee and tea can be combined to create a beverage called the “chai latte.”

To some people, mixing coffee and tea may appear to be a significant offense. But that doesn’t stop us from savoring the finest of both worlds of coffee and tea.

What Is It Called When You Mix Coffee and Tea?

Mixed coffee and tea has a name and it’s called “chai-latte.”

In Mandarin, it is called yuenyeung, and in Malaysia, there is a beverage that is a mixture of coffee and tea named kopi cham.

Mixing coffee and tea is a popular trend all over the world. In fact, it’s named differently in each region or place.

Sometimes it is called “dirty chai” and can be found even at your local Starbucks.

Whatever the name you may call your coffee and tea mixture, it is gaining more popularity day by day.

On a side note, I know you’re curious about this mysterious drink, let’s take a quick at kopi cham!

Kopi cham, also known as Malaysian coffee with tea is an exotic alternative to your regular beverage.

Prep time only takes 10 minutes and another 8 minutes to cook.

For reference, here’s a kopi cham recipe that you should try at home:

I like to have the kopi cham served cold as it’s refreshing which makes it the perfect beverage during a hot summer!

Watch the video below to learn more about this exotic beverage!

Which Tea Goes Well With Coffee?

Mixing coffee and tea comes with various questions and one of them is which tea goes well with coffee.

You cannot mix black tea with black coffee because the taste will be horrible and too bitter for anyone.

So, the best tea to mix with coffee would be milk tea.

The milk tea will cut through the bitterness that coffee yields. The taste will be better than other coffee and tea mixtures.

This is how it’s done in Hong Kong, the alleged birthplace of “coffee and tea drink”.

You can also mix green tea and coffee if you want.

Mixing Masala tea with coffee is also another pair that is quite popular among people.

Masala tea with coffee and milk will improve your drink’s deliciousness and make it more attractive to a casual caffeine consumer.

In my opinion, Masala tea with black coffee and milk is probably the best one.

As you get the taste of your drink up a step, the aroma from the Masala tea just makes the whole environment into a whole experience.

How Do I Make Coffee With Tea?

So, you’re here to learn how to make coffee with tea.

Let’s get one thing straight at the beginning:

Everything depends on hitting the golden ratio of combination. Making coffee with tea needs to be measured well; otherwise, the taste would be terrible.

Here is how you can make coffee with tea:

It will just take 5 minutes and three components to complete the process. It’s simple to make and may be done at any time.

You must try this delicious drink at least once if you are a true coffee or tea enthusiast!

Is Drinking Tea And Coffee Bad For You?

Drinking tea and coffee in moderation is not bad for you.

Both beverages comes with potential health benefits if consumed in the right amount.

Tea and coffee are loaded with antioxidants, minerals and essential nutrients that are good for the body.

Antioxidants from tea and coffee are known to help reduce the risk of heart diseases, diabetes, and cancer.

The thing is, coffee has more antioxidants than tea, and it contains chlorogenic acid, which is the main antioxidant in coffee.

Tea has the highest polyphenols of all the veggies and fruits combined. Definitely, a healthy choice for a drink, right?

Also, keep in mind, too much coffee or tea can lead to health risks such as anxiety, insomnia, and cardiovascular diseases.

So, to reap the benefits of drinking tea and coffee, drink in moderation!

Can I Drink Coffee and Tea On The Same Day?

Yes, you can drink coffee and tea on the same day.

Coffee is on the larger side of caffeine content compared to tea but one does not interfere with the other’s effects.

So, if you drink coffee in the morning and have green tea in the afternoon, your green tea’s benefits will not be reduced or even increased. Neither will happen to coffee’s effects as well.

But if you are an avid caffeine consumer, the doctors suggest that you should stick to one particular drink at a time.

Your body needs time to react to a new caffeinated drink. That means drinking a cup of green tea after three or four cups of coffee in a day should be avoided.

Is It Healthy To Mix Coffee And Tea

In fact, it is a specialty drink in places like Malaysia, Japan, China and Hongkong.

Mixing green tea and coffee is a big thing especially in China and the Western world too is following such a trend due to its benefits.

Expect a mix of bitter flavors, but not too bitter. I suggest adding some milk, creamer, and some kind of sugar to balance the taste.

Why Is It Tea And Coffee Bad For You?

Tea and coffee can be bad for you because both beverages can stimulate the acids in your stomach.

For that reason, it is advised to consume it after eating a proper meal.

For some people, tea and coffee can be bad because it:

However, if you’re a healthy individual, there’s no reason to think that coffee mixed with tea is bad for you as long as you stick to the recommended intake.

Here are other drinks that you should try if you feel like tea or coffee is not your thing:

Mixing Tea And Coffee Side Effects

Even though tea and coffee mixed sounds like an interesting beverage, it’s still associated with side effects such as thiamine deficiency and cancer.

The fluorine in tea affects the teeth and skeletal system and also block thiamine which manifests as tingling sensation, numbing and swelling all over the body.

Coffee, on the other hand, can cause heartburns and increases fat deposition in the blood vessels leading to heart attack.

That said, you need to drink your chai latte responsibly!

Drinking coffee and tea mixed together may sound new to you, and you might not even like the outcome.

The thing is, the idea of mixing coffee and tea has been there for ages. Probably your ancestors have enjoyed it too! Plus, it’s a trend in various places all over the world.

Coffee mixed with tea, also known as chai latte is an exotic beverage with a combination of bitter tastes that’s not too overpowering.

You got it right! It does taste bitter but not too bitter.

However, to make the taste more appealing, add some creamer to it, or even better, almond milk!

But really coffee mixed with tea is a fantastic drink and you should definitely try it now!

link to Does Coffee Make You Fat? (Truth Revealed)

Coffee will not make you fat or gain weight. I am pretty sure the thought of coffee making you gain weight is something that might have unconsciously come to your mind. The thing is, you're...

Coffee tax can be deductible if it is a part of an official business transaction. In other words, the cup of coffee that you're having while having a business meeting at a fancy coffee place is in...