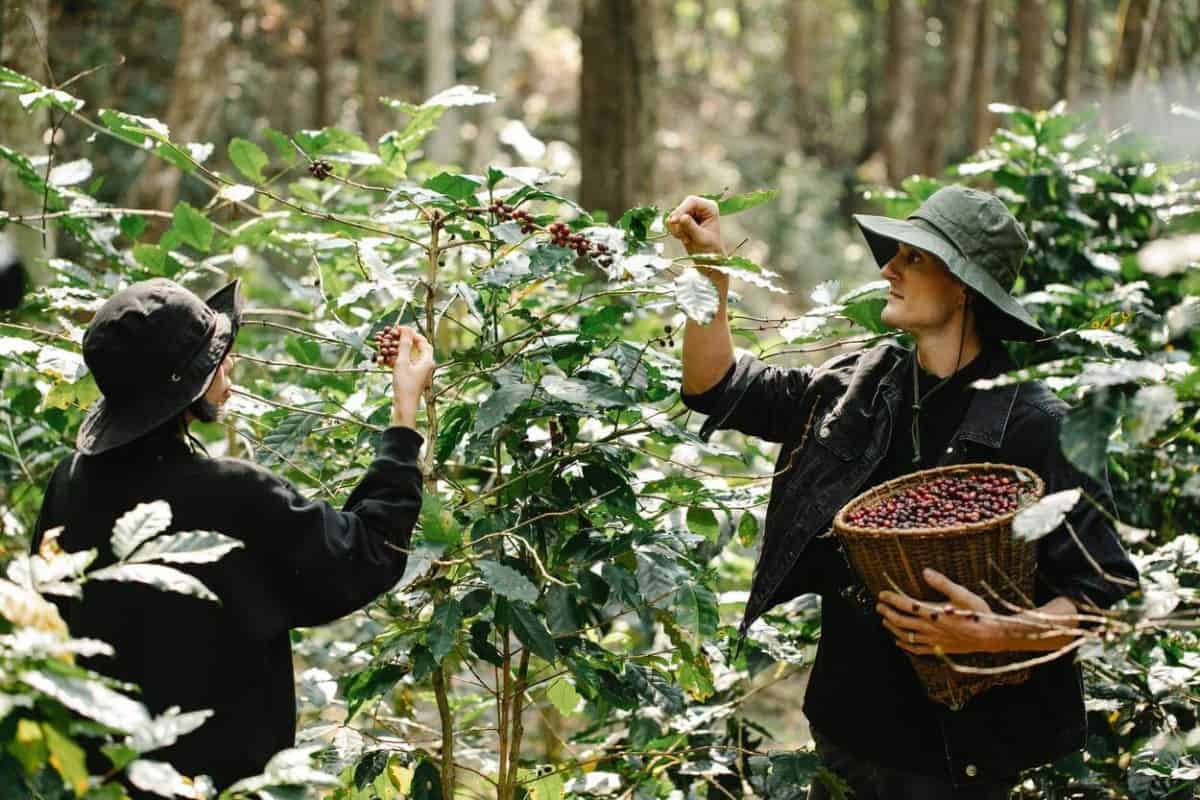 When it comes to caffeinated drinks, coffee is the first choice for most people, either hot or cold.

Coffee beans are first collected, then the seeds are roasted, brewed, and then used for drinking.

Coffee is believed to be first found in Africa. Then different variants were found in other continents, like Asia and America.

And, of course, El Salvador is quite well known for its coffees. The place is popular for its high-quality and great tasting coffees.

In this article, we’ll discuss what makes coffee from El Salvador special, and perhaps after reading you’ll see why this type of coffee is unique and special.

For the nitty-gritty details, keep reading until the end!

What Coffee Comes From El Salvador?

Orange/Pink Bourbon, Red Bourbon, and Pacamara are some of the famous coffees produced in El Salvador.

Arabica is one of the world’s most famous coffee beans which is made from the Coffea arabica plant. It originated in Ethiopia making up 60% or more production in the world.

It is said that around 60% of the coffee produced in El Salvador is Bourbon.

Bourbon coffees are famous for having an immaculate, bright, and sweet profile with strong citrus notes.

MUST READ: Pacamara Coffee (What’s in it for you?)

95% of the coffees produced in El Salvador are grown under the shade by expert, skilled, and passionate farmers.

The country has around 85,000 tonnes of coffee per year, grown by approximately 20,000 producers all over the country.

The classification of Salvador coffee beans depends on the altitude at which it is grown. The higher the plantation is located, the better quality coffee it produces.

Coffee grown across the entire country is divided into 3 to 7 geographical regions depending on terms of altitude and flavor characteristics.

Here’s the list of coffee producing regions in El Salvador:

The highest grade of El Salvador coffee, Strictly High-Grown(SHG), is planted in volcanic and mountainous areas at an altitude of around 1350 meters above sea level.

Introduced in 1880, the history of El Salvador coffees is connected with the development of the country.

El Salvador, the renowned global coffee origin, was first cultivated for domestic uses in the early 19th century. Since then, it has been a significant contributor to the Salvadoran economy for more than 100 years.

Coffee from El Salvador has traditionally provided more than 50% of the country’s export revenues.

When coffee was the main dominant of the Salvadoran economy in the 1920s and 1930s, it accounted for 90% of the total exports.

With a revenue of more than $615 million, it achieved a new height in 1980. At that time, El Salvador was the 4th largest producer of coffee in the world.

During the civil war period, which lasted from 1979 to 1992, the country witnessed a 19% production drop.

Since 2000, the increased competition from other countries on the world market selling cheaper coffee beans has dramatically affected the industry, and today it makes up less than 2% of total exports.

To learn more about coffee’s origin, read this article I’ve written just for you.

El Salvador coffee beans are amongst the best quality beans on the market, known for their strong citrus coffee taste.

The Salvadoran coffee has a superior, delicate flavor that fills your mouth with joy.

The dominant caramel and chocolate flavor with a bitter-sweet aftertaste of cocoa are present in the cup.

The delicate berry fruit notes of the beans leave a velvety, slightly buttery sweetness of honey and fudge.

The substantial acidity of those beans and the pleasant taste are its biggest advantage for a coffee.

That said, the Salvadoran coffee is definitely a must-try!

El Salvador is no less in the coffee world despite being a small country. The North American country is one of the best coffee growers globally.

The intense, sweet aroma, alongside the nutty and chocolate flavor of Salvadoran coffee, is appreciated by coffee lovers.

The country’s internal affairs hampered their production for a long time, but now the coffee is regaining its past glory.

It is pretty easy to find Salvadoran coffee in the United States as every decent specialty shop usually has the coffee on their menu.

And yes, sometimes they do have it in Starbucks!

Does El Salvador Have The Best Coffees?

Yes, El Salvador is known for having one of the best coffee producers in the world.

Here are the best brands that are well-known in El Salvador:

El Salvador is one of the biggest coffee exporters in the world.

But because of the civil war, the production rate of coffee reduced and it began to export fewer coffees.

The people of El Salvador consumed 18 million kgs of coffee during the 2019/2020 financial year, which means that the average coffee consumption in El Salvador per capita is around 2.8 kg.

Nowadays, the country has again increased its coffee production and is in the 19th position in terms of exporting coffees.

Here’s a detailed vlog on the farming process of coffee in El Salvador:

Where To Buy El Salvador Coffee?

The most convenient way to buy Salvadoran coffee is online.

Amazon is one of the best online platforms for buying anything including the famous Salvadoran coffee.

Also, there are coffee distributors and sellers featuring their coffee supplies and products online.

If you’re in North America, El Salvador coffees are done through the typical supply chain – the roaster buys it from an importer. Most roasters are based in the US and Canada.

The good news is…

You can sometimes find El Salvador coffees in Starbucks.

On a side note, here’s a list of manufacturers, wholesalers, and suppliers of Salvadoran coffee.

What Is The Best Coffee In The World?

There are thousands of choices when it comes to choosing the best coffee. I know for sure you don’t want to waste your money on horrible coffees!

Here are some of the best coffee beans in the world:

In summary, here are some facts about the Salvadoran coffees:

El Salvador coffee is one of the best coffee variants in the world and is known for its fine and gentle flavor.

It has a sweet, nutty, chocolate, and honey-like flavor with a strong aroma. The bitter-sweet notes of the coffee give you a completely new taste.

El Salvador is one of the biggest coffee exporters in the world with an average coffee consumption of around 2.8 kgs.

Personally, the best El Salvador coffee that I have tried is the Pacamara coffee. It has a creamy, chocolatey flavor with a fruity kick. Exceptional, isn’t it?

The Pacamara is just one of the best coffees in El Salvador as there’s more to try!

Now, off to the nearest coffee shop to order your cup of Salvadoran coffee!